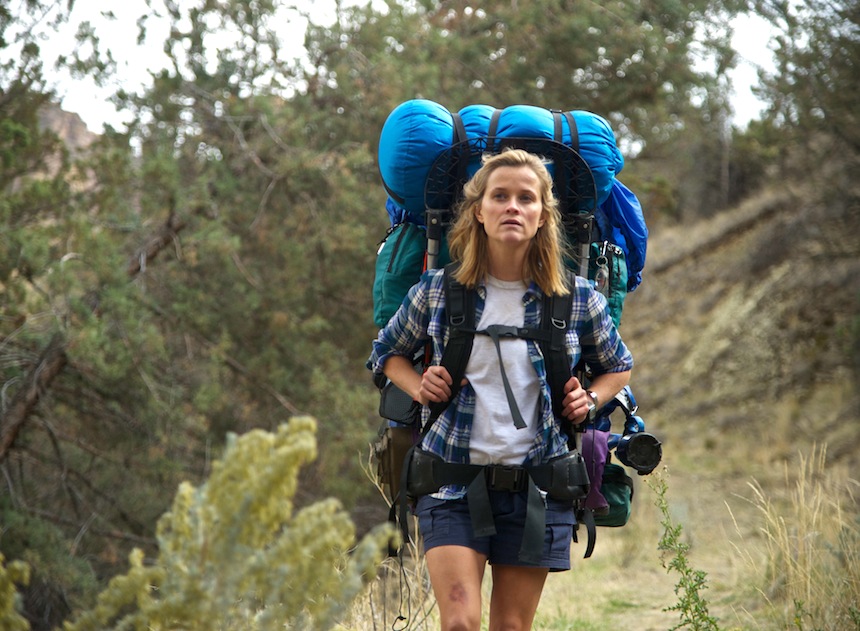 Despite her role as consummate 1990s sweetheart, rom-com darling and mother of three, it’s clear Reese Witherspoon shines the most when she gets her hands dirty.

In Wild, the 38-year-old plays Cheryl Strayed, a sex and heroin addict who attempts to find redemption by walking the 4,286 kilometre-long Pacific Coast Trail across America.

After the loss of her beloved mother and the breakdown of her marriage, Strayed hits the trail completely alone, placing her life at very real risk as she searches to reclaim the identity she has lost.

As a film, Wild – which is based on the Strayed’s bestselling memoir of the same name – isn’t exactly a walk in the park, literally and figuratively.

The physicality of her journey is palpable and one of the movie’s greatest strengths – you’re struggling right along with her.

The is in part due to the film’s structure – it oscilliates between quiet moments of sun-kissed serenity on the trail and frantic, jarring scenes from Strayed’s “real life” back home in the bleak landscape of Minneapolis. There’s nudity, heavy drug use and fairly intense violence.

The film also has a strong feminist undercurrent: it delves into what it’s really like to be a woman alone in the world (in a nutshell: pretty terrifying), to be a mother with no support and to be a female who is both sexually and mentally liberated.

Thankfully, Witherspoon’s flawless performance prevents the movie from deviating into stream-of-consciousness nonsense. Her ability for physical comedy is impressive, as is her subtlety – a lot of her time is spent mumbling to herself while sitting dejectedly in a tent but you never once get bored.

Comparisons with Emile Hirsch’s 2007 film Into the Wild (also based on a true story) are inevitable, but in reality Wild is a far braver attempt at the classic American adventure story.

It’s unabashed in its exploration of the darker sides of humanity and is far from glorifying in its portrayal of what it really means to go “back to nature”.