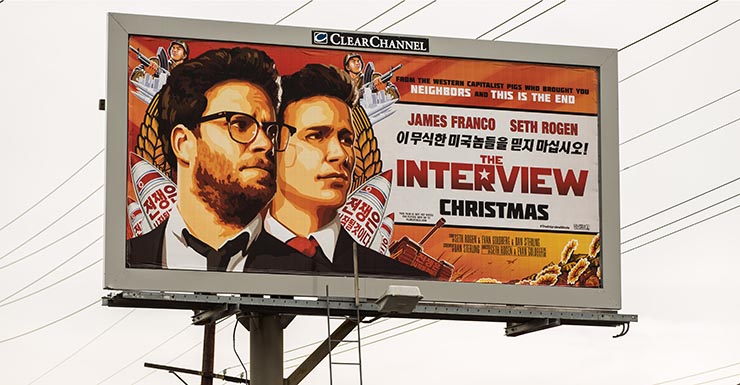 Sony Pictures Entertainment has announced a limited theatrical release of The Interview from Christmas Day, putting back into the theatres the comedy that prompted an international incident with North Korea and outrage over its cancelled release.

Sony Entertainment CEO Michael Lynton said on Tuesday that Seth Rogen’s North Korea farce “will be in a number of theatres on Christmas Day.”

He said Sony was also continuing its efforts to release the film on more platforms and in more theatres.

“While we hope this is only the first step of the film’s release, we are proud to make it available to the public and to have stood up to those who attempted to suppress free speech,” said Lynton.

Moviegoers celebrated the abrupt change of fortune for a film that appeared doomed, as The Interview began popping up in the listings of a handful of independent theatres on Tuesday, including the Alamo Drafthouse in Texas and Atlanta’s Plaza Theatre.

“The people have spoken! Freedom has prevailed! Sony didn’t give up!” said Rogen on Twitter.

Rogen, who stars in the film he co-directed with Evan Goldberg, hadn’t made any public comments throughout the surreal ordeal that began with hackers leaking Sony emails and culminated in a confrontation between the US and North Korea.

North Korea suffered sweeping internet outages in an apparent attack on Monday that followed vows from President Barack Obama of a response to what he called North Korea’s “cyber vandalism” of Sony.

The White House and State Department declined to say whether the US government was responsible.

After hackers last Wednesday threatened violence against theatres showing the film, the nation’s largest theatre chains dropped The Interview. Sony soon afterwards cancelled the film’s release altogether and removed mention of it from its websites.

But that decision drew widespread criticism, including from Obama, who chastised Sony for what he deemed “a mistake” that went against American principles of free speech.

“As the president made clear, we are a country that believes in free speech, and the right of artistic expression. The decision made by Sony and participating theatres allows people to make their own choices about the film, and we welcome that outcome.”

Independent theatres had shown a stronger appetite to screen the film after chains like Regal, AMC and Cinemark pulled it.

Cinemas to show ‘The Interview’