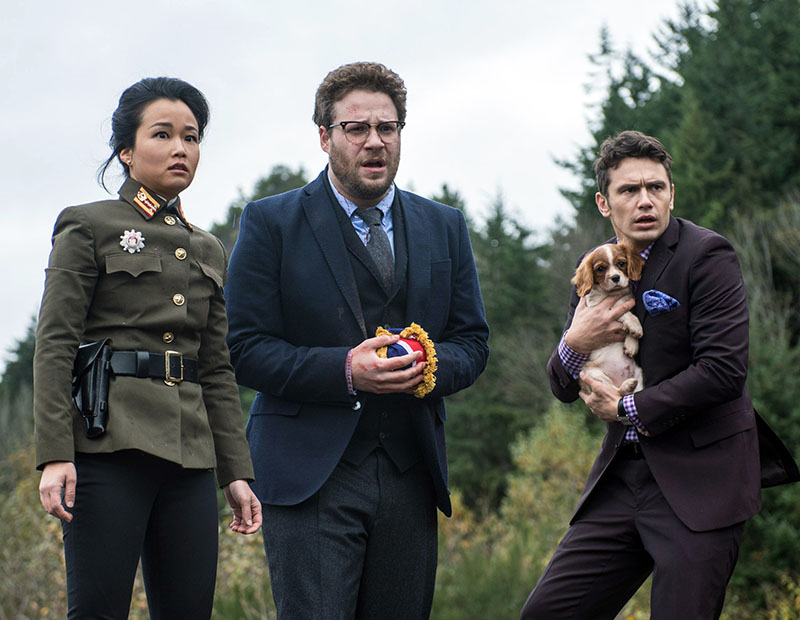 North Korea is responsible for a “destructive” cyberattack on Sony Pictures, the US Federal Bureau of Investigation says, warning it will hunt down the perpetrators and make them pay.

“Such acts of intimidation fall outside the bounds of acceptable state behaviour,” the FBI said in a statement.

It added it would “identify, pursue, and impose costs and consequences on individuals, groups, or nation states who use cyber means to threaten the United States or US interests.”

It was the first time the US has directly accused another country of a cyber attack of this nature on American soil.

The attack prompted the movie giant to cancel the Christmas Day release of The Interview, a madcap satire about a fictional CIA plot to kill North Korean leader Kim Jong-Un.

Speaking at his end-of-year news conference US president Barack Obama said the US would respond appropriately to the devastating cyber attack.

However, he said while he was “sympathetic” to Sony’s concerns about the threats to attack theatres screening the film, he believed the studio had erred in cancelling its release.

“I’m sympathetic to the concerns that they faced. Having said all that, yes, I think they made a mistake,” he said.

“We cannot have a society in which some dictator some place can start imposing censorship here in the United States.

“They caused a lot of damage. And we will respond,” he said.

“We’ve got no indication that North Korea acted in conjunction with another country.”

The FBI said the attack involved the use of malware and rendered thousands of Sony Pictures computers “inoperable,” forcing the company to take its entire network offline.

“The FBI now has enough information to conclude that the North Korean government is responsible for these actions,” it said.

In addition to the violent threats, Sony has seen the release of a trove of embarrassing emails, scripts and other internal communications, including information about salaries and employee health records.

“We are deeply concerned about the destructive nature of this attack on a private sector entity and the ordinary citizens who worked there,” the FBI said.

Film star George Clooney slammed the Hollywood movie industry for failing to stand up against the cyber threats that prompted Sony Pictures to cancel release of the movie The Interview.

This affects not just movies, this affects every part of business that we have.

Clooney, one of the most influential figures in the US movie industry, criticised the decision to pull the movie.

“You have someone threaten to blow up buildings, and all of a sudden everybody has to bow down,” he told entertainment news website Deadline.

He added that the cyber attack – and Hollywood’s reaction to it – had set a dangerous precedent.

“This affects not just movies, this affects every part of business that we have,” the actor said.

“What happens if a newsroom decides to go with a story, and a country or an individual or corporation decides they don’t like it?

“This is a silly comedy, but the truth is, what it now says about us is a whole lot. We have a responsibility to stand up against this.”

Former senator Chris Dodd, now the leader the Motion Picture Association of America on Friday called the cyber attack a “despicable, criminal act,” in what is believed to be the first statement from major Hollywood studios on the hack.