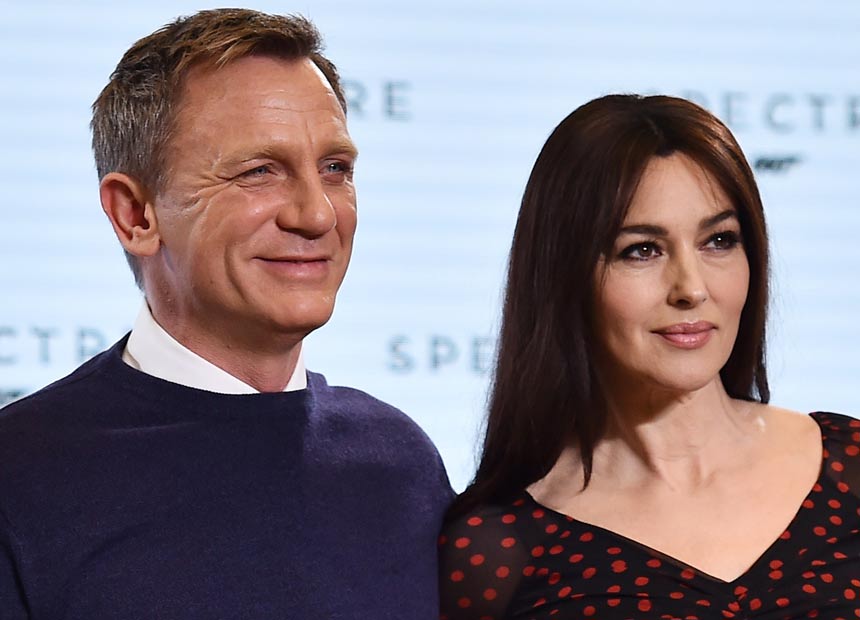 Italian bombshell Monica Bellucci is set to raise the average age of the entire James Bond movie franchise with her star turn in the upcoming Spectre.

At 50, Bellucci is four years older than 007 star Daniel Craig – something unheard of in all previous 23 movies.

Berenice Marlohe, who played the seductive Severine in 2012’s Skyfall, is eleven years younger than Craig.

According to the UK Mirror, the largest ever age gap seen in a Bond movie was 28 years between former star Roger Moore and his co-star Tanya Roberts in 1985’s A View to Kill.

Bellucci will play a character named Lucia Sciarra and will be joined by fellow Bond newcomer, French actress Lea Seydoux.

The Italian star has had a long-running career in both Hollywood and abroad, including a notable turn in The Matrix films.

She is often regarded as one of the world’s most beautiful women, with her father, Pasquale Bellucci, telling the Daily Mail she received attention from her looks from a young age.

“All the other kids would go and hang around in the piazza after school, as teenagers do,” Mr Bellucci said.

“But Monica would hide away, taking a detour through the backstreets and then coming straight home.

‘Spectre’ star to become the oldest Bond Girl yet