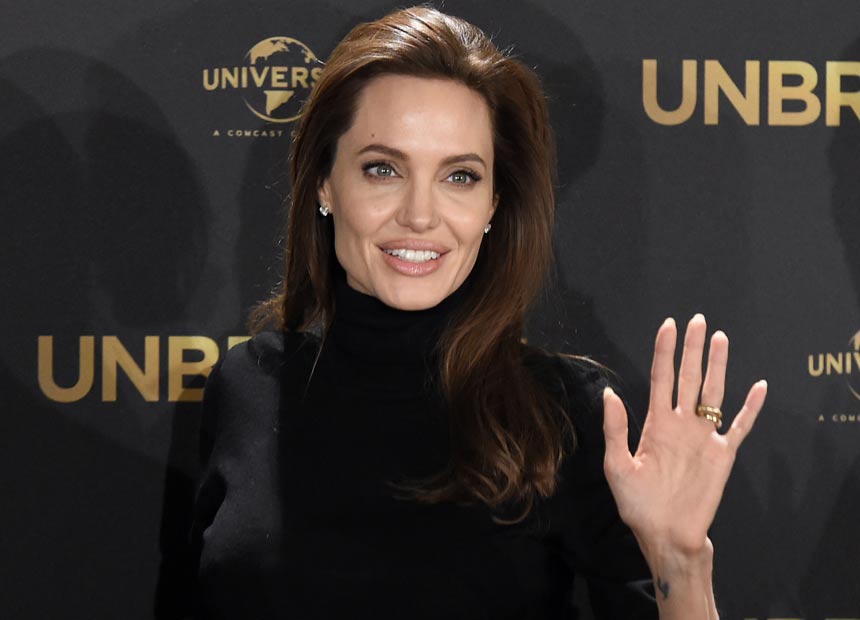 The Thursday announcement, which typically acts a preview for the Academy Awards, appeared to shatter Oscar hopes for Jolie’s Australian-made war epic Unbroken.

Jolie and Unbroken failed to pick up a single nomination.

Golden Globe nominations for director Jolie and the film, about US Olympian and World War II hero Louis Zamperini, were considered a sure thing.

In a double blow, Jolie, Unbroken and its cast led by English actor Jack O’Connell were also snubbed by the HFPA and the Screen Actors Guild Awards on Wednesday.

However, there was still some positive news for the Australian entertainment industry – Adelaide singer-songwriter Sia Furler, Perth actress Frances O’Connor and Sydney-made The Lego Movie all picked up Globe nods.

Australian actress Naomi Watts was a surprise nominee for a SAG when she picked up a supporting actress nod for her role as a pregnant Russian prostitute in the comedy-drama St Vincent, but failed to score a Globes nod.

Furler, meanwhile, has a busy awards season ahead.

Less than a week after picking up four Grammy Award nominations the prolific South Australian received a Globe nomination, and is on track for an Academy Award nod, for her original song Opportunity in the Cameron Diaz, Jamie Foxx-starring update on the classic musical, Annie.

Furler will battle New Zealander Lorde’s song Yellow Flicker Beat from The Hunger Games: Mockingjay – Part I for the Globe.

O’Connor was nominated for a best actress in a mini-series or TV movie Globe for her performance in The Missing, where she plays a mother suffering from the abduction of her young son during a family vacation in France.

The Lego Movie, made in Sydney by studio Animal Logic, is up against Big Hero 6, The Book of Life, The Boxtrolls and How To Train Your Dragon 2 in the animated movie category.

The overall Globe nomination winner was the drama Birdman, starring Michael Keaton as a washed up movie superhero, which led all films with seven nominations.

While Jolie didn’t get a Globe invite, Brad Pitt’s ex Jennifer Aniston did.

Aniston is firming as a solid shot at a best actress Oscar with a Globe drama nod for her performance as a woman suffering from chronic pain in Cake.

The Globes winners will be announced on February 11.

The Oscar nominations will be announced on January 15 and the winners revealed on February 22.

“Boyhood”
“Foxcatcher”
“The Imitation Game”
“Selma”
“The Theory of Everything”

Best actor in a motion picture – musical or comedy

Best actress in a motion picture – musical or comedy

Claire Danes, “Homeland”
Viola Davis, “How to Get Away With Murder”
Julianna Margulies, “The Good Wife”
Ruth Wilson, “The Affair”
Robin Wright, “House of Cards”

Best actor in a mini-series or TV movie

Best actress in a mini-series or TV movie

Best supporting actor in a series, mini-series or TV movie

Best supporting actress in a series, mini-series or TV movie