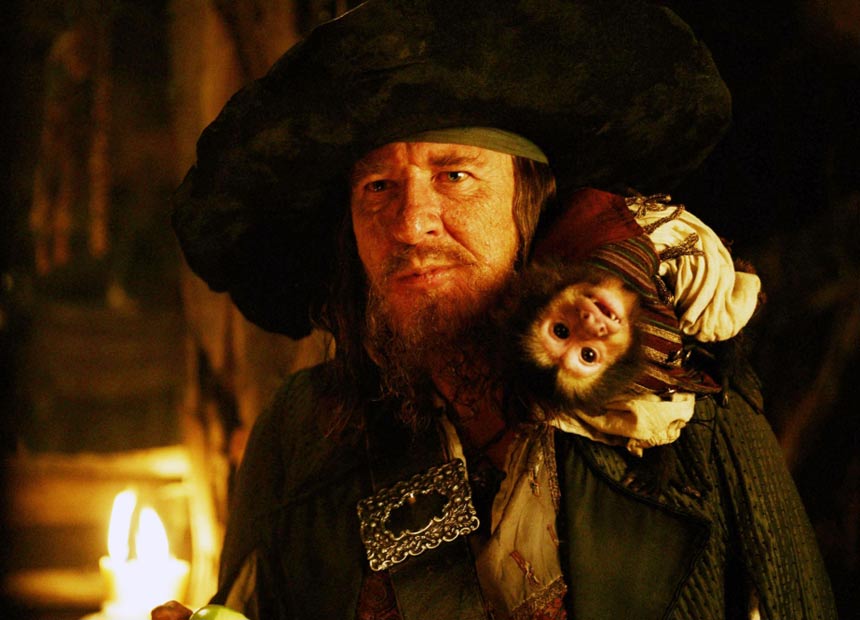 Filming for the upcoming Pirates of the Caribbean 5 on the Gold Coast is at risk of being delayed by Australia’s tough biosecurity laws.

According to News.com.au, key cast member Jack – a capuchin monkey – could be quarantined for more than a month, potentially delaying production on the film.

Jack has appeared in all four previous films in the series, playing the sidekick to Geoffrey Rush’s character Captain Barbossa.

He is one of only two monkeys trained to play the role.

Jack could miss the start of filming if the movie’s producers, Jerry Bruckheimer Films, cannot convince Australian authorities to relax the laws.

The film, which also stars Johnny Depp and Orlando Bloom, is due to start filming on the Gold Coast in February, before relocating to sites in Far North Queensland.

Which ‘Pirates’ star is in trouble with customs?