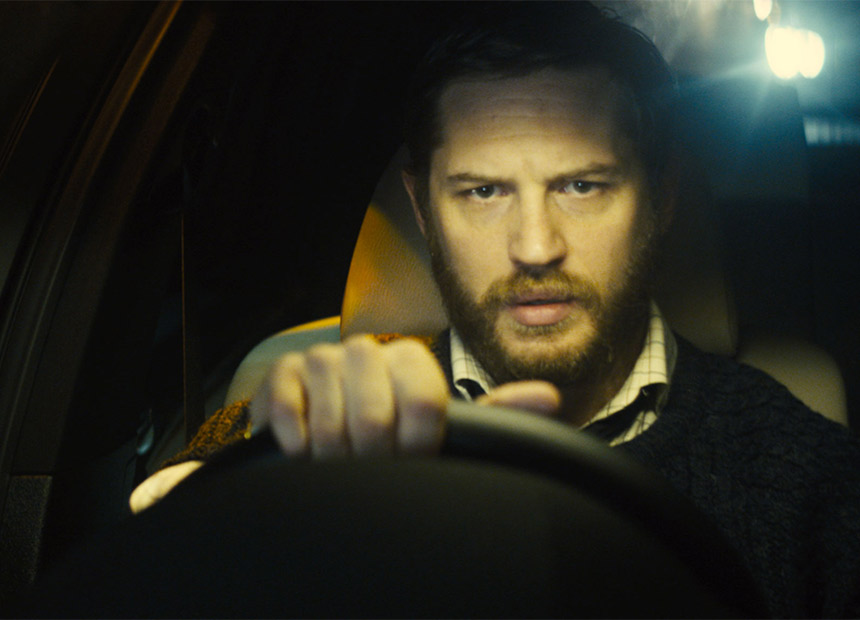 The following list of films from 2014 is a shining example of why this year has been such a strong one for international cinema.

Any other year, movies like Locke, which features an extraordinary solo performance from Tom Hardy, The Babadook, the Australian horror film that has taken the world by storm, and Still Life, the unassuming British love story, should have been on every mainstream list of best cinema.

But the following 14 films, for varying reasons, were mainly overlooked.

Here’s our pick of the sleeper hits of the year.

The science-fiction action film, based on a French graphic novel, is set in a future world melting from the effects of global warming. A chemical coolant is released into the earth’s atmosphere that corrects the problem a little too well, plunging earth into an eternal winter. thelowdownunder called it ‘an instant classic’.

The imitable Jim Jarmusch directs this noir vampire saga that goes against the grain of its blood-sucking predecessors Twilight and True Blood by revealing its sentiment and message through the “triumphs of human artistic endeavour”. The New Yorker praised the film for its “petrified hipness”.

This Australian horror film took the world by storm but only got a release in 13 cinemas locally. Haunted by the terrible death of her husband, a single mother is forced to deal with her son’s paranoia of a monster in the house only to discover another evil presence around her.

In his first film as a writer and director, Uberto Pasolini has produced a subtly humorous and expressively designed and looking film that follows a timid council worker trying to finish his last assignment. “From the outset there’s a luminescent heart to writer/director Uberto Pasolini’s affecting examination of the human spirit,” Stephen A. Russell from thelowdownunder says.

The One I Love

Elisabeth Moss (aka Peggy from Mad Men) plays the wife in a couple that go to a marriage retreat to improve their relationship. Her and husband Ethan (Mark Duplass) are brilliant in the romantic comedy that turns out to have a surprisingly sinister edge.

A Most Wanted Man

In Phillip Seymour Hoffman’s last role (minus The Hunger Games) he plays a passionate and meticulous German spy Gunther Bachmann. The movie follows the plight of Gunther and Annabel Richter (Racheal McAdams) who try to protect a Chechnyan refugee suspected of being a potential terrorist in Germany. The film has been called Hoffman’s “superb swan song”.

Based on a true story the film is set in Margaret Thatcher’s 1984 United Kingdom where miners were on strike. In London, a group of gay and lesbian activists decide to raise money for the striking miners and their families, but the Miner’s Union won’t accept the funds. The group then identify a tiny mining village in Wales where they form an unlikely bond. “You not only have the feel-great hit of the year, but an inspirational story of how disparate communities are always closer than they think,” Filmink Australia says.

The Trip to Italy

Steve Coogan and Rob Brydon reprised their roles as themselves from semi-fictional original The Trip. The result is a similarly hilarious, witty and sharp sequel full of improvisation and expert impressions as the pair drive and eat their way through Italy.

The YSL bio-drama is a beautiful, luxurious and elegantly shot look into how one of the world’s greatest fashion houses began. While easy on the eye, some critics were displeased with its lack of depth and the sometimes one-dimensional brush the 21-year-old fashion prodigy is painted with. Forgetting that, it is a stunning recounting of a remarkable story.

The Keeper of Lost Causes

In this dark damsel in distress film, two officers get assigned to the cold case department of their bureau and are forced to sort through the cases but not start any fresh investigations. That order is immediately breached as they come across a file about a politician who went missing off a car ferry five years before. “This Scandi-noir thriller, based on the first of the Department Q potboilers by Danish writer Jussi Adler-Olsen, delivers slow burn chills,” NME says.

The documentary that features Edward Snowden, Julian Assange and journalists Glenn Greenwald and Ewen MacAskill isn’t expected to be out in Australia until 2015. Its 2014 release in America captivated viewers by detailing how Edward Snowden passed on classified documents to film maker Laura Poitras in Hong Kong about the NSA’s wiretapping program.

Anything Paul Fenech makes divides audiences and the same went for the amalgamation of his two best-known SBS programs Fat Pizza and Housos. The film is full of offensive and exaggerated ethnic suburban stereotypes that delighted the cult following Fenech’s work has always had.