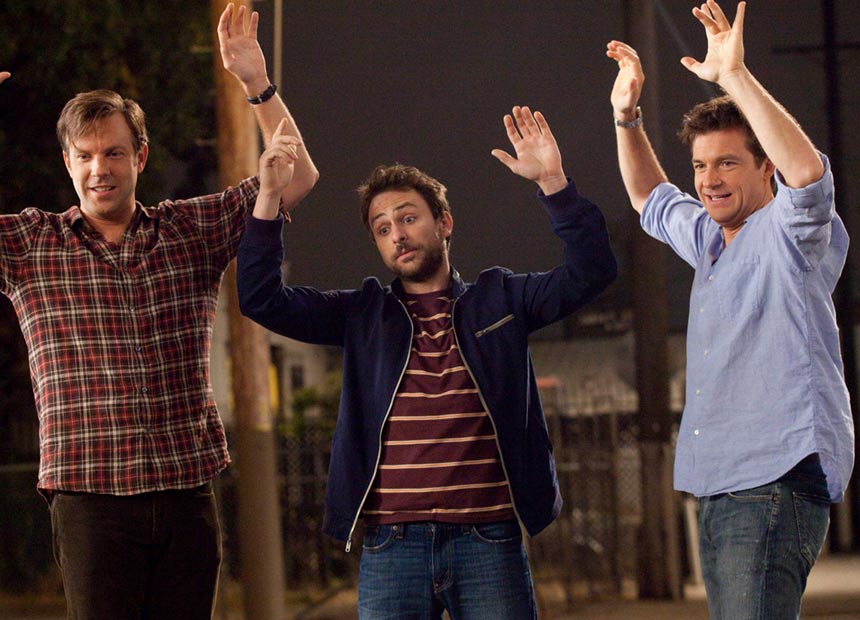 ‘Horrible’ is a harsh, but not completely inappropriate, way to describe this latest ensemble comedy offering.

The film follows the first movie’s three loveable protagonists – Nick (Jason Bateman), Kurt Buckman (Jason Sudeikis) and Dale Arbus (Charlie Day) – as they attempt to navigate the process of setting up their own business after escaping horrible prior jobs.

The film is filled with those cringeworthy “don’t do it…” moments that make you giggle uncomfortably, if not laugh out loud.

Nick, Kurt and Dale (saying their names really quickly is one of the film’s key jokes) are painfully hopeless and, at times, it all gets a bit unbelievable.

The wildly underrated Day holds the trio together in an impressive display of unbridled physical comedy and his dorky charm salvages some of the more questionable gags.

To give credit where credit is due, Bateman, Sudeikis and Day all do a great Southern accent – a regular fixture throughout the entire movie. Despite a lack of chemistry between the leads, the film is worthwhile viewing thanks to a cast of colourful supporting characters with serious screen credentials – the “horrible bosses”, to be precise.

Heartthrob Chris Pine proves he has far more than one dimension as a bratty man-child with manic tendencies.

One can only wonder how he went from an Oscar-winning performance in Django Unchained to playing what is essentially a German caricature.

The movie’s one true redeeming feature, and possibly the main reason all of these stars are there in the first place, is Kevin Spacey.

He’s grossly under-utilised as Dave Harken, an imprisoned psychopath who made Nick’s life a living hell in the last film.

Spacey’s deadpan insults make all the lame sexual innuendo worth it. Frank Underwood would be proud.