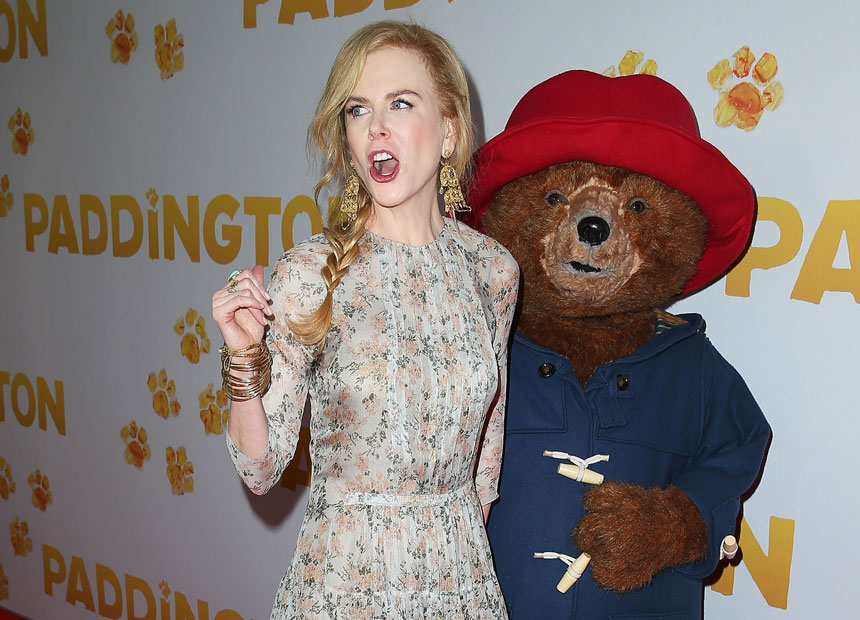 Nicole Kidman is bringing a childhood dream to life for her own kids in Paddington.

The Australian Oscar-winner walked the red carpet at the Australian premiere of the family film on Sunday and spoke about why she wanted to join the cast of Paddington.

“I wanted to make a film for my kids. I haven’t made a kid’s film for a long time,” she said.

The last time Kidman made a children’s movie was in 2007, when she played a baddie in The Golden Compass.

Kidman is again immersing herself in a villainous role in the movie, as Millicent, a taxidermist who’s determined to track down the lovable duffle coat-wearing bear and add him to her collection.

“I think I was the kid that watched The Wizard of Oz and wanted to play the wicked witch and was really, sort of fascinated,” she told AAP on the carpet.

The actress briefly touched on her father’s passing in September, saying 2014 had been a tough year personally.

But returning to Australia for the premiere had allowed her to catch up with her family, including her mother Janelle and sister Antonia.

Kidman says she was able to spend the day with them both on Saturday and her mum was also attending the premiere with her.

“I’m going to sit through the film again because I just love it.”

And as for whether she would return, should Paddington become a franchise?

“Careful. You’ll jinx it,” she laughed, telling the audience before the film: “If they ask me, I’d come back and try to stuff the bear again.”

* Paddington is released in Australian cinemas on December 11