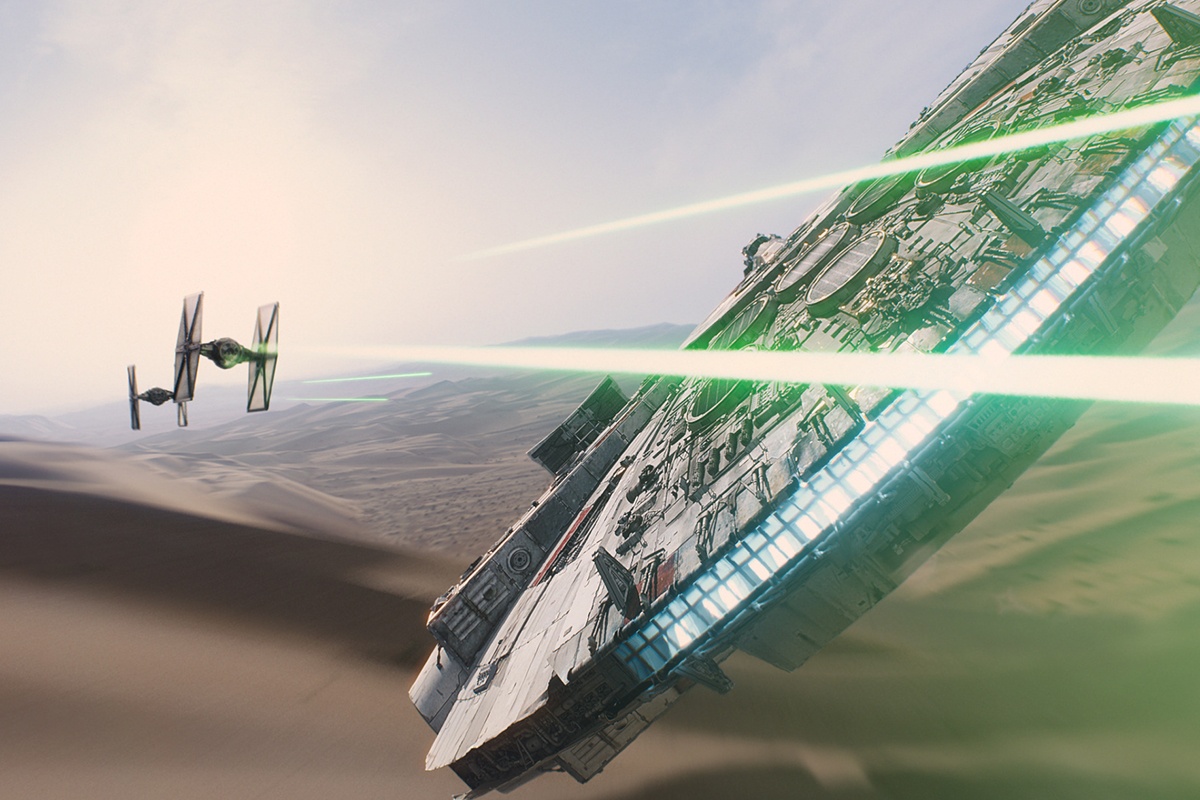 Star Wars fans got their first glimpse of the space saga’s eagerly awaited next instalment, but will have to wait a year before the full film is released.

“There has been an awakening. Have you felt it?” a gravel-voiced narrator intones in a brief online trailer, before a squadron of stormtroopers is seen prepping for action.

Earlier in November, studio giant Disney revealed the name of the new episode, Star Wars: The Force Awakens, saying filming had been completed on the movie, due for release on December 18, 2015.

“The dark side … and the light,” the voiceover continues, as what appears to be a dark Sith Lord displays his new-look lightsaber in a forest, accompanied by composer John Williams’ trademark stirring music.

David Prowse as Darth Vader getting cooled down between takes on the set of Star Wars. pic.twitter.com/X022vsSkTa

Many seemed split about the practicalities of the design of the lightsaber, which had flaming laser beams coming out the handle in what looked like some sort of hand-guard.

The seventh movie in the Star Wars franchise, which was launched more than 35 years ago, benefits from far superior visual effects than those first films, though the original battle ships are back.

Thus the Millennium Falcon, the famed spaceship of smuggler Han Solo (Harrison Ford) and his hairy first mate Chewbacca, is seen looping and skimming a planet, preparing for combat with the Empire’s TIE fighters.

Star Wars has attracted generations of loyal fans ever since the first film arrived in 1977 recounting the adventures of Skywalker, Han Solo and Darth Vader.

Fans get a glimpse of the next Star Wars film