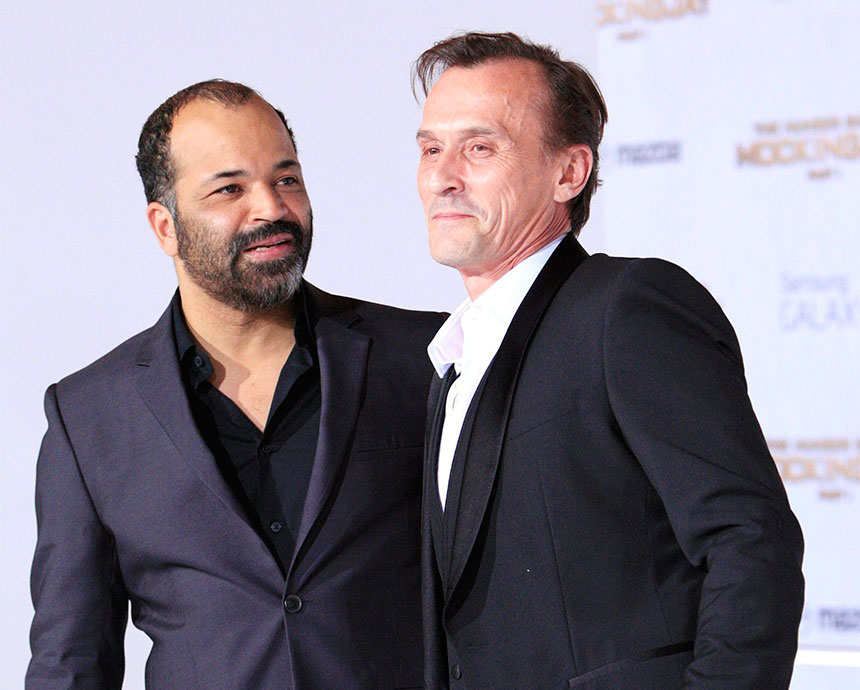 Knepper is an actor who thrives on his versatility, who prides himself on defying audience expectations and who has trained at the highest level and performed with the very best for decades. In short he is an actor with a strong sense of pride, and rightly so. But he is also a father.

So when the opportunity to take on what is – so far – little more than a cameo in The Hunger Games: Mockingjay – Part 1 came along he not only jumped at it, he broke with tradition.

“Here’s how it all came down,” he explains from his home in Venice, California. “My neighbor is the head honcho designer for the movie. Last summer I pulled out the old ‘Hey Phil, you working on the next movie? – Yeah – Anything in it for me?’ He said ‘Dunno, let me talk to the producer.’

“I’ve never done that before. I always left it to my agents and manager take care of that. He was sweet. I don’t even know if he knew my work. Hopefully he knew I was good! I don’t know if he saw Prison Break or not. He talked to the head honcho Nina Jacobson. I don’t even know if she knew my work! She looked at my picture and said I think he could fit. I’ll set it up with the casting director.

“I still had to do my work. Still had to read for it. I heard it was down to me and four other guys and I just had every limb in my body crossed because I wanted to do this for my son. He was 11 at the time now 12 and it was a beautiful moment to be able to turn to him when I heard the news and say ‘Ben, guess what. I’m doing the next Hunger Games.’”

But what is the part? When Knepper was cast as Antonius, fans of the blockbuster Hunger Games series went mad for one simple reason: Antonius doesn’t appear in the books. Theories spawned that he was the next villainous lieutenant to Donald Sutherland’s President Snow, that he was a senior player in the newly revealed District 13 and everything in between.

The truth is, he’s got perhaps two lines in one scene with Sutherland. Either he is a red herring for fan speculation, or more likely, his back catalogue is being used as a short cut to give character without spending time building it. From the first frame of his handful of seconds in the film we know he is a bad guy. Of course he is. He always is!

Except he isn’t, or rather hasn’t been. Knepper studied at the prestigious Northwestern University, spent two years in Chicago theatre before transferring to Broadway. He did well there, so much so that in 1982 when he was approached by an LA agent about TV, “I said ‘Blech! Television! I’m not a prostitute. I’m not a slut. I’m not going to sell myself out. I’m a theatre purist and that’s what I want to do for the rest of my life.’ He said ‘fine I’ll call you when you’re thirty.’”

Knepper laughs as he tells the story, but despite his many screen credits since then, he is still very serious about his craft. As well as villains he’s played everyone from Frank Sinatra to a doctor in Star Trek: Next Generation. He is an old-fashioned character actor.

Just this once though, like Katniss, he’s made the sacrifice for his family. In this case his son Ben.

Robert Knepper will appear at the Supanova Convention in Brisbane from November 28-30.

The actor who joined ‘The Hunger Games’ for his son