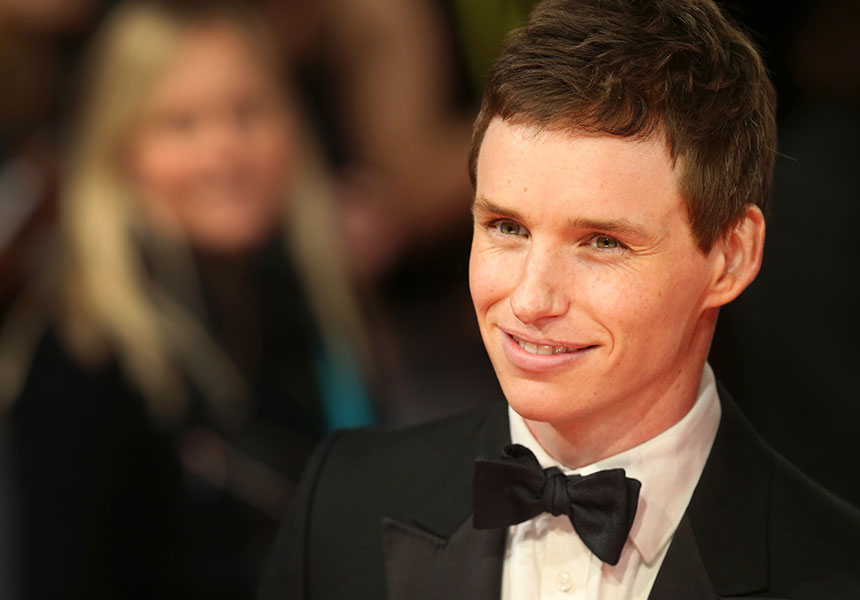 Eddie Redmayne’s name is being thrown about with words such as “superb”, “astonishing” and “Oscar buzz”, but there’s only one person the British actor wants to impress with The Theory of Everything. Stephen Hawking.

Redmayne, 32, has been earning rave reviews for his portrayal of Hawking, who was diagnosed with motor neurone disease in his early twenties.

Even though the term Oscar buzz carries some weight, Redmayne says the pressure was on long before reviews started flooding in. “From the second we got cast, the stakes felt so high,” he told AAP.

“Because we knew Jane, Stephen … and the children would see the film and for us, that was pretty intimidating prospect.

“That was their life that we were depicting.”

For Redmayne, it all came down to the moment they finally screened the film for Hawking.

He says he was tremendously nervous and told Hawking as much.

“There was a wee pause and he then said in his iconic voice, `I will let you know what I think. Good or otherwise’,” Redmayne says.

“And I said, `if it’s otherwise, maybe we can stick to the word `otherwise’. I don’t need to know all the minutiae of every single thing I got wrong’.”

But Hawking gave it his blessing. Not only that, he allowed the filmmakers to use his voice, which he owns the copyright to.

“Once they saw the film a month or two ago and they were lovely about it, for me that has been the greatest of rewards,” Redmayne says, adding that anything on top of that is a bonus.

“And lovely buzz and words, of course it feels wonderful, but it’s not something that I try and actively go and read or look up.”

The Theory of Everything releases in Australian cinemas on January 29