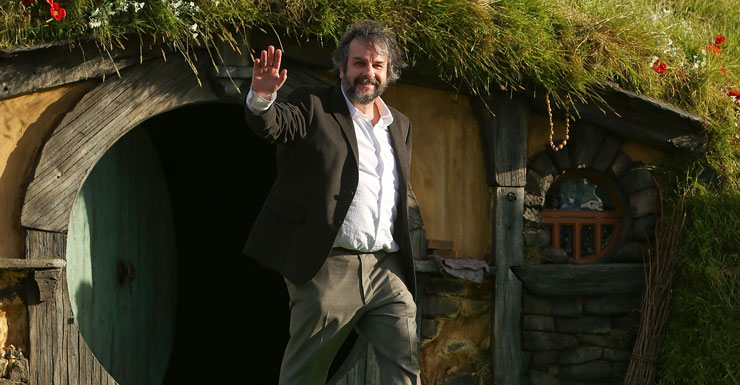 Hobbit fans from around the world have descended on New Zealand for a tour of Middle-earth.

The 75 fans, each bringing a guest, and 40 international media are visiting Hobbit sites over six days.

The tour culminates with a special screening of the third film, The Hobbit: The Battle of Five Armies, at Sir Peter Jackson’s private Wellington studios.

They were chosen from more than 140,000 entries in the global contest, which is good for tourism, says Tourism New Zealand.

“The Hobbit Fan Fellowship will show how the fantasy of Middle-earth can become reality in the form of a New Zealand holiday, with the presence of international media in New Zealand ensuring this story is told to a worldwide audience,” chief executive Kevin Bowler said.

The journey includes visits to Auckland, Rotorua, the Hobbiton Movie Set near Matamata, and Queenstown where battle scenes where shot.

In July, Jackson appealed for fans to enter the competition launched at Comic-Con in San Diego.

“One of the joys of making the Lord of the Rings and The Hobbit films was discovering Middle-earth right here in my home country of New Zealand,” Jackson said in a video online.

The Hobbit: The Battle of Five Armies will be released on December 17.

New Zealand fans were disappointed earlier in the week, after it was announced the world premiere would not be held in Wellington, but in London.