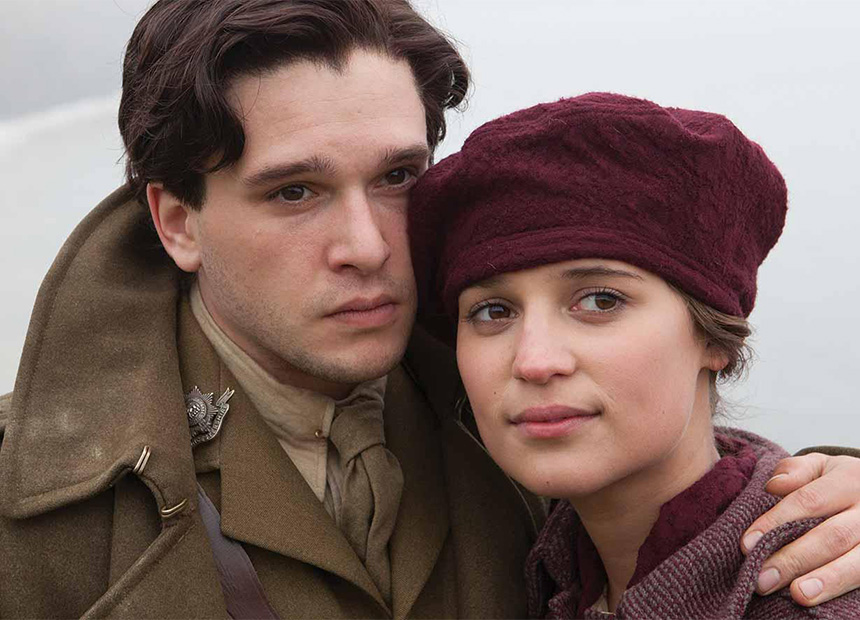 Australians are the 10th-biggest cinema market in the world, according to new Screen Australia figures, so it makes sense that we would be a beacon for international markets.

As we head into November, there’s a plethora of foreign film festivals clamouring for Australian audiences’ attentions.

We spoke to the festival directors of the Greek Film Festival, the Russian Resurrection Festival, the Jewish International Film Festival and the sophomore outing of the British Film to get the inside info on their personal favourites.

As well as six inconic films from the 1960s, the second British Film festival, at Palace Cinemas nationally, has a feast of wonderful new films on offer.

Benedict Cumberbatch will almost certainly earn an Oscar nod for his performance in The Imitation Game, while British cinema legend Mike Leigh also returns to form with his new film Mr Turner.

Fresh from its global debut on the opening night of this year’s BFI London Film Festival, Benedict Cumberbatch’s lauded turn as tragic WWII hero, the Enigma Code-cracking Alan Turing, will bring down the curtain on this year’s BFF. “We are incredibly excited to present it as our closing night film,” Petalas says. “It’s certain to feature prominently in next year’s Academy Awards.”

The Testament Of Youth

James Kent’s incredible coming-of-age yarn is adapted from the real life memoirs of the impressive Vera Brittain (Alicia Vikander), who bucked society’s expectations and headed to Oxford University on a scholarship as the shadow of the Great War descended. “It’s an epic tale set against the backdrop of World War 1 that’s cinematic, exceptionally moving and a stand out selection for opening night.”

Celebrated writer/director Mike Leigh’s Mr Turner stars Timothy Spall as the eccentric British Painter J.M.W Turner who once had himself hoisted to the mast of a tall ship so he could paint a snowstorm. It scored Spall the Best Actor gong at Cannes this year. “The film is beautifully crafted and exquisite to look at,” Petalas says. “Timothy Spall is mesmerising and Mike Leigh’s attention to detail is quite extraordinary in depicting 19th century Britain.”

With the 21st Greek Film Festival already underway in some cities, we asked festival director Penny Kyprianou for her top tips:

When a beautiful, unnamed ‘bride’ (Melia Kreiling) bails on her intended groom on their wedding day, fate delivers her into the path of the dashing George (Orestes Sophocleous). “It’s a part-crowdfunded feature by Cypriot filmmaker Stelana Kliris that explores modern-day relationships,” Kyprianou says. “A chance meeting forces two strangers to confront their hang-ups about love and set off on an unforgettable road trip across Cyprus.”

Yorgos Tsemberopoulos’ devastating family drama reveals the emotional collapse left behind when an intruder forces his way into a family home, turning a mild mannered father (Manolis Mavromatakis) into a force for vengeance. “It’s an engrossing film that had me questioning my own ethics.”

Love in the Time of Crisis

With Greek society groaning under the crushing weight of the financial crisis, Theopi Skarlatos and Kostas Kallergis’ compelling documentary examines the emotional toll. “It’s a frank and honest look at just how young people are finding love, and how those in existing relationship are fighting to stay together.”

The latest from quirky filmmaker Panos H Koutras (The Attack of the Giant Mousaka, Strella: A Woman’s Way) stars Kostas Nikouli as gay teen Dany and Nikos Gelia as his older, straight brother Ody as they set off to find their estranged father. “It delves deeply into patriarchy, homosexuality and immigrant rights, meaning this film speaks as clearly to Australian audiences as it does to Greeks.” It also stars a giant speaking bunny.

The Russian Resurrection Film kicked off in Canberra on October 28 before heading to Sydney on the 30th and then making its way around the country during November. Festival director Nicholas Maksymow offers his thoughts on this year’s finest.

Anton Sivers’ historical epic has vast battle scenes and lush period detail, as well as an incredible love story played out against the backdrop of Napoleon’s invasion of Russia, with Svetlana Hodchenkova in the title role. “It provides a real insight into the Russian character and human spirit.”

If you can’t beat them, join them, with director Dmitry Dyachenko’s culinary-inclined romantic comedy rivalling the finest French farce. “Russian comedies have been few and far between in the last 10 years or so, so it was pleasing to see this one emerge and grab peoples’ attention.”

A fascinating film entirely devoid of dialogue, Test follows the effects of the aftermath of the first Soviet nuclear bomb test on a father and daughter duo. “The lack of dialogue makes the viewer think about the film even more,” Maksymow says. “The meaning behind it is very important and touching at the same time.”

Based on the play of the same name, Viktor Shamiro’s comedy brings together three old uni mates and the one girl all three men fell for 20 years previously. “It’s a film about characters, their personalities, their relationships, and the sarcasm is just fantastic,” Maksymow says. “I would call it the festival sleeper.”

With over 40 films sourced from both within Israel and globally from the Jewish diaspora, JIFF festival director Eddie Tamir can’t wait to share the love. Launching in Sydney on October 29, the festival heads to Melbourne on November 5.

Scoring the biggest clutch of Ophir nominations this year (Israel’s Oscars), Tal Granit and Sharon Maymon’s offbeat comedy sees a group of retirement home residents create a euthanasia machine to help a terminally ill friend on her way. “It deals with the difficult subject of ageing and euthanasia with humour and delicacy,” Tamir says.

Awarded Best Documentary at the 2014 Jerusalem Film Festival and an early Oscar pick for 2015, Vanessa Lapa’s film uses the long-lost letters, journals and photographs of Heinrich Himmler, architect of the ‘Final Solution,’ to try and get inside his mind. “It’s unique in depicting the life of one of history’s most notorious men using only archival footage and narrated by his own words.”

Gett: The Trial of Viviane Amsalem

Screened in Directors Fortnight at this year’s Cannes, Ronit Elkabetz and Shlomi Elkabetz’s film explores the consequences of a surreal legal technicality in Jewish culture. “It’s a superb contemporary court room drama about a woman struggling to get a Jewish divorce, which requires a husband’s approval.”

Storming the box office in Israel, Talia Lavie’s debut feature follows the exploits of a group of seriously bored women stuck doing menial office work while serving out their mandatory two-year stint with the armed forces. “It explores the absurd role of women in the Israeli army with black comedy tones that’s been described as ‘MASH meets Girls’.”

Directors’ Cut: film festivals in the land of Oz