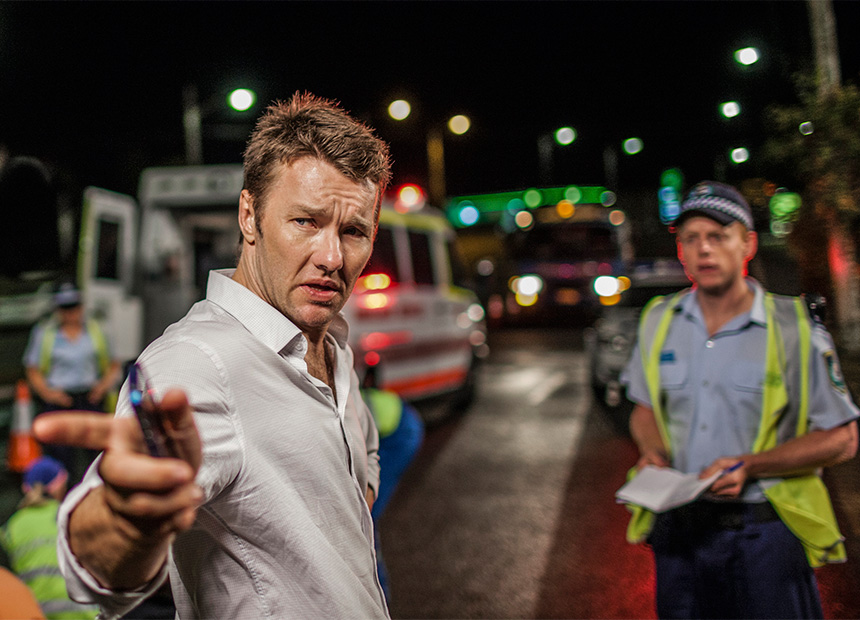 Another stellar week in cinema, with the general release of two new acclaimed Australian films Felony and Predestination.

Actor Joel Edgerton wrote the screenplay for and acts in Felony, which also stars excellent British actor Tom Wilkinson, while Predestination, directed by Australian identical twins Peter and Michael Spierig, is headed up by US superstar Ethan Hawke and local actress Sarah Snook.

Also watch out for Magic in the Moonlight, Woody Allen’s follow-up to the Oscar winning film Blue Jasmine.

Why you should see it: Stephen A. Russell for thelowdownunder says: “Sterling performance and strong dramatic tension deliver a meaty Aussie drama. Joel Edgerton and Tom Courtney make fine sparring partners. The razor sharp and tense drama revolves around the number three, in this case the inextricable ties that bind Edgerton’s dubious, drunk-driving police detective Malcolm Toohey to his crusty old boss Carl Summer (Wilkinson) and young pretender and by-the-book do-gooder Jim Melic, in a great turn by Jai Courtney, who has been wasting his time in an interminable series of ridiculous action flicks.”

Magic in the Moonlight

Why you should see it: Set in the south of France, the movie follows Englishman Stanley (Colin Firth) as he attempts to unmask young clairvoyant Sophie (Emma Stone), whom he believes is using her feminine charms and acting ability to seduce the rich, gullible Catledge family. It’s a lively premise that allows for lots of playful seance scenes involving Stone’s hilarious facial expressions as she navigates “visions and vibrations” while talking to the dead. But, like Annie Hall, much of the movie is driven by the unlikely chemistry between the two leads, who in real life have a twenty-eight-year age gap. As a Scrooge-like magician, Firth is laugh-out-loud funny and charming (no surprises there) and, in her first foray as an Allen leading lady, Stone holds her own. Read full review here.

Why you should see it: Stephen A. Russell for thelowdownundersays: “Mind-bending sci-fi noir packs quite a few punches. Sarah Snook is incredible. Ethan Hawke, who may well be using time travel himself to preserve those chiselled good looks, runs a dive bar in New York City circa 1975 (I think – there are a lot of timelines to keep track of) and gets into a deep conversation with a young Leonardo DiCaprio-type sinking scotch at the bar. As they discuss the terrorist threat posed by the rather oddly named Fizzle Bomber, the mournful young gent promises Hawke’s character he has the best story to tell that he’ll ever hear. Even before that unfurls, it took me a good five minutes or so to realise, utterly astounded, that the barfly is actually the remarkable Australian actress Sarah Snook in a breakout role that’s quite magnificently portrayed.”