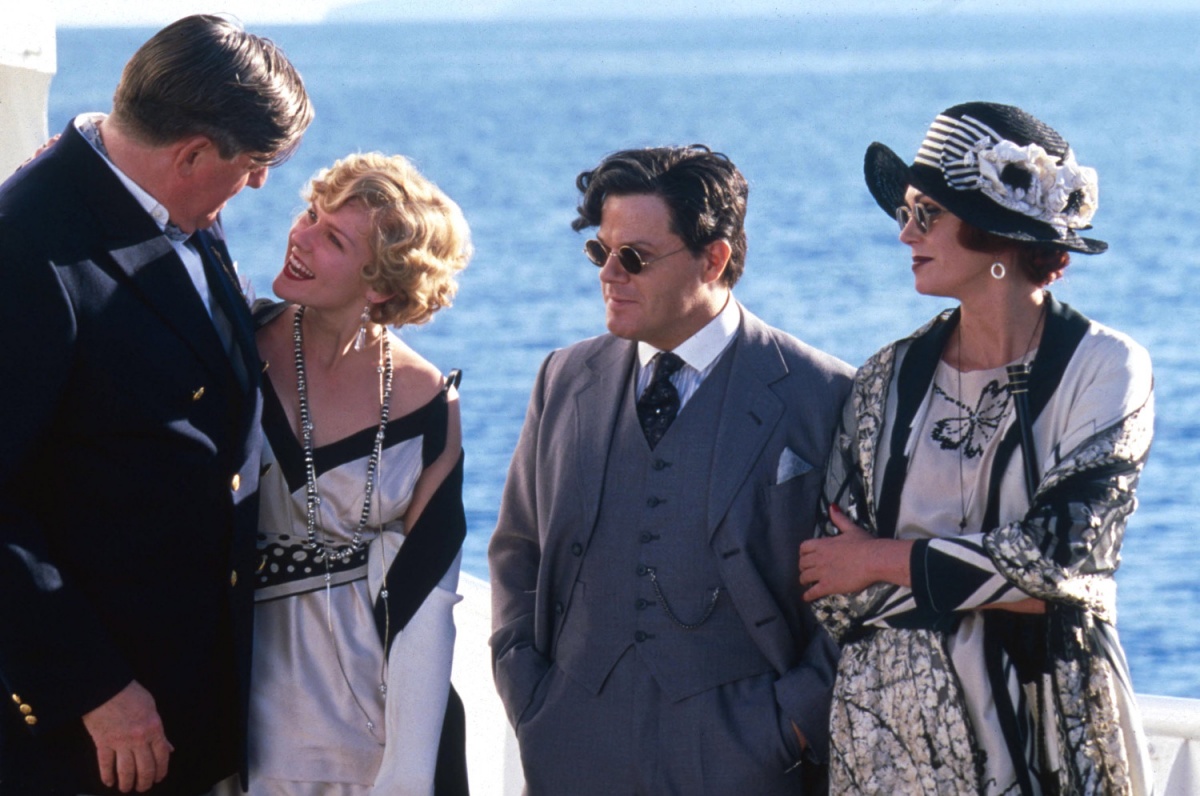 These days, the decision to watch a movie is dictated by a plethora of different sources. Sites like Rotten Tomatoes, film reviewers, social media, friends and red carpet events all help bring certain flicks to our attention at the expense of others.

But what if we could tune out the background noise? Perhaps some wallflowers would float to the surface and get some much-deserved time in the limelight.

The following 20 hidden gems are a revelation of sorts; the kind of films you finish watching and feel the need to tweet about or call your friend after.

You won’t hear your friends talking about these movies at dinner parties and they don’t have the kind of “fandoms” spawned by blockbusters like the Hunger Games or Twilight.

They’re not show ponies and they often don’t have the support of critics, but they’ll guarantee a good night in.

Synopsis: A young woman struggles to break through in the ruthless, male-dominated voiceover industry. Her biggest competitor? Her father.

Why see it? The painfully talented Bell wrote, directed and starred in this brilliant screwball comedy full of laugh-out-loud awkward moments and a playful cameo from Eva Longoria. It’s also fun to get an insight into a relatively closed-off industry; you’ll find yourself practicing saying the film’s title all night long.

Synopsis: The life story of Daniel Morgan, an Australian bushranger with a bounty on his head.

Why see it? Released in the same year as Caddie, Don’s Party and The Devil’s Playground – all important films in the renaissance period of the Australian Film Industry. And for Dennis Hopper’s remarkable rambling performance as Mad Dog Morgan.

Synopsis: A lawyer arrives at a small Canadian town after a tragedy, to begin a class action lawsuit.

Why see it? A lyrically haunting film that demands multiple viewings to appreciate the delicate performances by everyone. One of the masterpieces of Canadian filmmaking. Nominated for Best Director at the Academy Awards.

Synopsis: A movie producer, with a love for parlour games, reunites his colleagues on his yacht in the hope of exposing who killed his wife in a hit and run accident one year earlier.

Why see it? Because the script was written by Stephen Sondheim and Anthony Perkins (of Psycho fame). If you are paying very close attention you may even solve the mystery.

Synopsis: The true story of American writer Helen Hanff’s 20-year correspondence with the chief buyer for a London bookshop on Charring Cross Road.

Why see it? Beautiful, emotive and heartbreaking. A simple story, delivered tenderly with two lovely lead performances. Interestingly, the film was produced by Mel Brooks.

Synopsis: A broadway actress witnesses a tragedy that triggers an emotional breakdown in her personal and professional life.

Why see it? For one of the greatest female acting performances ever captured on screen – that of Gena Rowlands and her character’s descent into madness. Plus it’s directed by John Cassavetes, who The New Yorker magazine said “may be the most influential American director of the last half century”, and there’s even a cameo by Peter Falk, as himself.

Synopsis: An electrical malfunction occurs, which causes American airplanes to fly towards Moscow on a bombing mission.

Why see it? Well, it was released in the same year as Dr Strangelove – and whilst Fail Safe has similar themes, it is told in a very dramatic and thrilling way. The end scene is also unforgettable, and Larry Hagman (I Dream of Jeanie) holds his own amongst the great actors as the American President’s translator.

Synopsis: A psychic and her husband kidnap a child, then offer their psychic services to the distraught family.

Why see it? A spooky atmospheric film with two great lead performances by Stanley and Attenborough.

Synopsis: The greatest detectives of all time meet at a mansion to solve a murder that will take place at midnight.

Why see it? Gloriously funny with a brilliant cast who all get an even amount of screen time and laughs. And it’s not often you see iconic Breakfast at Tiffany’s author Truman Capote acting on screen.

Synopsis: A university student rents out a room from a husband and wife who are battling their past issues.

Why see it? Shirley won the Best Actress Academy award for her performance as a sad sorrowful housewife with lost dreams.

Synopsis: A son of a woman dying from cancer goes in search of her favourite childhood film star – Greta Garbo.

Why see it? Because there is something nostalgic and intriguing about trying to find the reclusive Garbo. Sidney Lumet’s film hits just the right amount of comedy and seriousness.

Why see it? Because it puts forward a plausible explanation to the mysterious death amongst Hollywood’s elite. What’s more, it’s a chance to see Eddie Izzard as Charlie Chaplin.

Synopsis: A postman strikes up a friendship with Chilean poet Pablo Neruda.

Why see it? Apart from being a beautifully made film, it contains the final performance of Massimo Troisi, who died the day after shooting was completed. He received a posthumous Oscar nomination for Best Actor.

Synopsis: A grieving couple head to Venice where they are confronted by a clairvoyant warning of danger.

Why see it? Widely considered one of the scariest British films of all time. Once you see it, you will never forget it (especially the final scenes). Truly scary and unnerving.

Synopsis: The story of two elderly men, one of them with Alzheimer’s, who become friends in a retirement home.

Why see it? It is one of the more recent animated films that will bring you to tears, as it tells the lives of these two men in a refreshing yet moving way.

Why see it? Dietrich agreed to have this documentary made about her, on one condition, that her face cannot be shown.
Schell constructs a fascinating portrait from archival footage and audio of the interview he is conducting.

Synopsis: Tom Cruise, a secret agent, is on the run from the secret service.

Why see it? Ridiculed by critics upon its release, Knight and Day is one of the best films of 2010 and one of Tom Cruise’s finest performances. Cruise’s comedic delivery is perfect as he spoofs his previous action hero films.

Synopsis: The true story of Clifford Irving, who supposedly wrote the autobiography of Howard Hughes.

Why see it? It’s a riveting account of one of the publishing industry’s greatest hoaxes, and it may just be the best performance by Richard Gere that hardly anyone has seen.

Synopsis: The story of three juveniles sent to a correctional facility.

Why see it?  As far as acting performances went in 2010, none was finer than Adam Butcher’s in Dogpound. His presence and rage on the screen resembled the teenage anger of James Dean.

Synopsis: The story of Emmett Ray, the second greatest guitarist in the world.

Why see it? Of all the Woody Allen films, this is the one I keep returning too. Not just because of Sean Penn’s performance but of the outstanding soundtrack (which I purchased on cd directly after watching the film).

Hidden film gems: Did you miss these 20 movies?