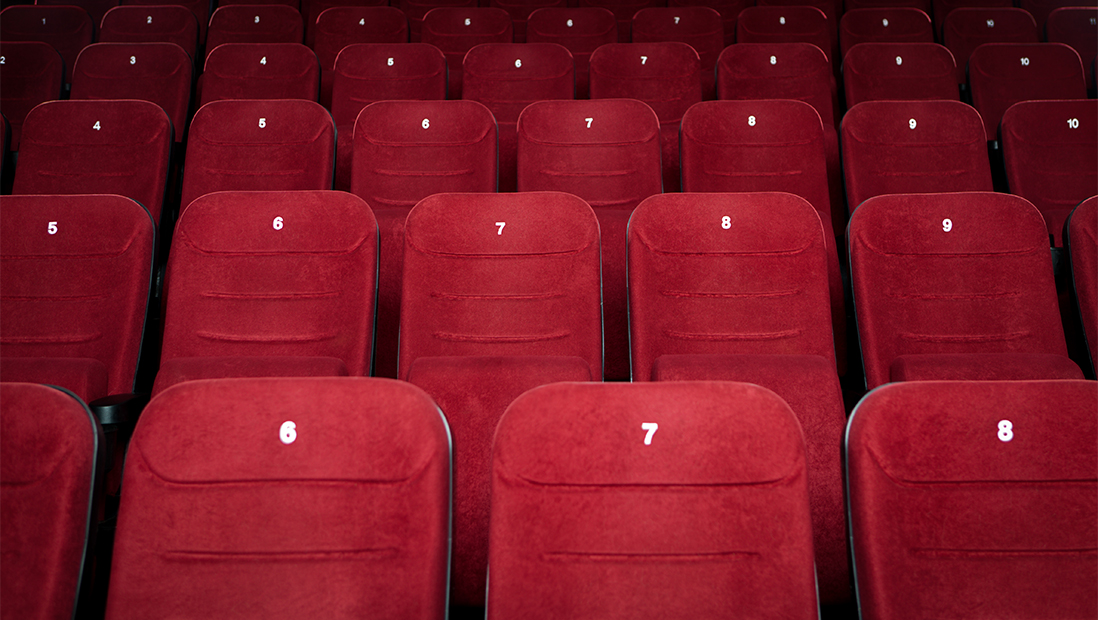 The last time I bought a ticket to the movies was in January this year on a 40 degree-plus Melbourne day. I really didn’t care what was showing – hell, I would have settled for an Adam Sandler flick – I just wanted to escape the heat.

I queued for about 10 minutes with all the other bedraggled customers, slapped down $38 for two seats and then waited patiently for my wife to join me. By the time she did there were only two seats left in the cinema and they were at opposite ends of the auditorium.

Cursing, I returned to the box office, queued for another ten minutes, negotiated a refund and then asked if there were any other movies showing anytime soon.

“There’s something called The Great Beauty showing,” said the attendant. “It’s Italian and it’s got sub-titles.”

We enjoyed the film – and the air conditioning – apart from one recurring inconvenience: a homeless person had taken up residence in the front row of the cinema and would regularly wake with a start, stretch, moan, and then return to his slumbers.

I suspect he’d been there all day, escaping the heat, like everyone else. He was presumably having his own Gold Class experience.

Going to the movies, at least when I was a kid, was about service and designated seating and helping the cinema-goer make the most of the time. There were even ushers who held flashlights for you so you could find your seat.

I couldn’t help wondering why it’s always our fault when prices go up.

Which makes it hard for me to accept that standard movie ticket prices are increasing to $20 and more. (We’re already paying way over that for 3D and something called Vmax.) The principals of major cinema chains tried to justify the new prices in separate interviews this week. Both cited high wage costs and movie piracy for the increase. Really? I couldn’t help wondering why it’s always our fault when prices go up. It sounded like so much spin to me.

Where are all these staff who are supposedly getting upwards of $25 an hour? We could sure use them, not only to help us to our seats, but maybe to tell the badly behaved punters in the front row to quieten down a little. (Or, for that matter, the homeless guy.) Or maybe they could hire some cleaning staff. These days, by the early evening, movie theatres look like 747 cabins after a long-haul flight.

When I go to a film I struggle to find a staff member, apart from the ones behind the candy counter which increasingly doubles as the box office. Of course, there’s the kid who takes your ticket, but he or she is barely 18 and is earning $15 an hour. And the projection rooms long ago were emptied out; they now have one person to run multiple screens (which might explain why films are often out of focus).

So it must be piracy that’s forcing up ticket prices, right? Wrong. The only times I’ve watched pirated movies – at the home of friend whose name I no longer recall – the quality was second-rate and there were Russian sub-titles throughout. If people really are turning to them in record numbers, it speaks volumes about the declining standard of the cinema ‘experience’.

The reality is I’d gladly pay $25, even $30 to go to the movies if I thought there was a good chance of watching the film in comfort, cleanliness and without someone driving me crazy with their jumbo-sized popcorn, potato chip wrappers, text messaging or annoying conversations. (The declining standards of public behaviour are one thing cinema chains can’t really do much about – unless they tell Hollywood to stop encouraging it in their movies.) But I’d be even more inclined to go if it only cost me, say $10, or $15.

These days, by the early evening, movie theatres look like 747 cabins after a long-haul flight

Until that happens, I’ll increasingly watch movies at home, because home theatre systems have evolved to such an extent that I feel no need to battle for parking and seating and silence just to watch a movie that will be on DVD or Netflix in a few weeks anyway. Besides, I can tell fellow patrons – meaning, my kids – to behave if they get out of line, with a reasonable expectation I won’t get into a fist fight.

Instead of increasing prices to bolster falling revenues, cinema chains might try dropping them to encourage people back to their theatres. And putting the staff they claim to have into a place where they can deliver a bit more customer service. Or I’ll stay home and watch a movie on my big screen TV. That, at least, is coming down in price every time I walk into a store.

Bruce Guthrie is editorial director of The New Daily and, in reality, wouldn’t dream of paying to see an Adam Sandler movie.

Coming soon to a cinema near you: Empty seats in 3D!