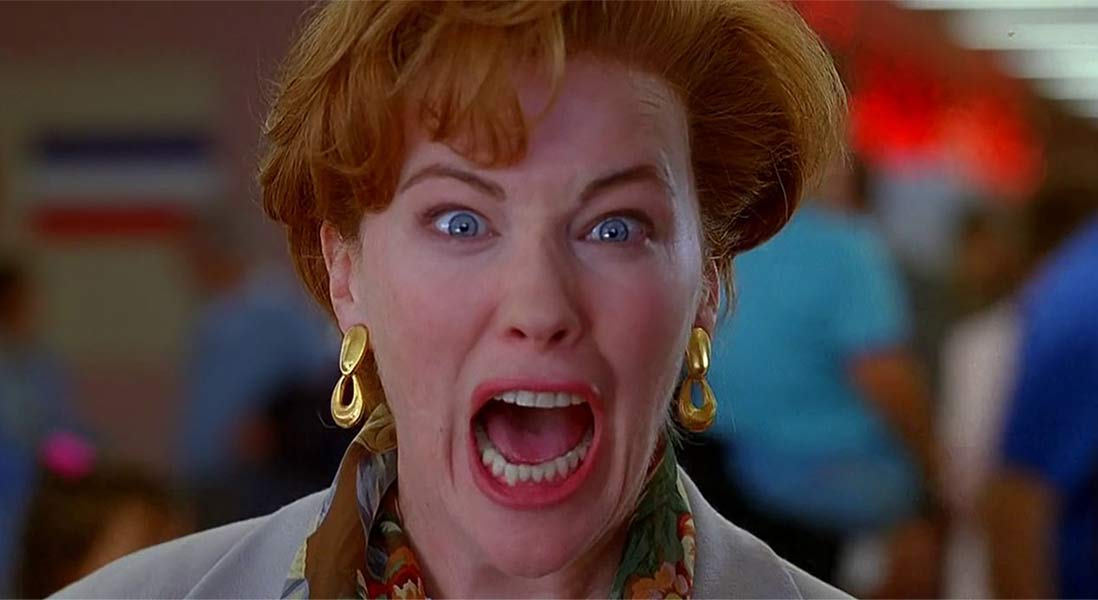 As the mother who leaves her child (‘Kevin!) at home at Christmas time in Home Alone.

She’s the aspiring sculptor whose family moves into the house which is terrorised by Beetlejuice.

O’Hara is a regular cast member of Christopher Guest comedies – in Best in Show her and Eugene Levy own the Norwich Terrier ‘Winky’, in A Mighty Wind her and Levy reunite as the romantic singers of a hit song called Kiss At The End of The Rainbow .

Apart from live action, O’Hara has also voiced animated characters – most notably the rag doll Sally in Tim Burton’s The Nightmare Before Christmas.

In For Your Consideration, her character attempts to receive an Oscar nomination as the dying matriarch in the fictitious film Home for Purim. In real life she won the National Board of Review’s best supporting actress award, but there was no Oscar nomination.

Most likely as the detective searching for Janet Leigh in Psycho. Balsman’s character meets his demise courtesy of a Norman Bates knife attack at the top of the stairs.

Three years before he featured in Psycho, he was Juror No. 1 in Sidney Lumet’s directorial debut of 12 Angry Men.

He appears in both the original and remake of Cape Fear. Firstly, as the police chief in the 1962 version and as the judge in Scorsese’s 1991 remake.

He is ‘Mr Green’, one of the four hijackers of the subway train in The Taking of Pelham One Two Three, and in the same year played the train company director onboard in The Murder on the Orient Express.

Most people wouldn’t realise, but he actually won an Academy Award for his role as Jason Robards’ brother and agent in A Thousand Clowns.

As Captain Louis Renault in Casablanca. “I’m shocked, shocked to find that there is gambling going on here” he tells Humphrey Bogart as he closes down his cafe. Moments later he is handed his winnings.

In Lawrence of Arabia he is the cynical British diplomat Dryden, in Alfred Hitchcock’s Notorious he is the Nazi agent seduced by Ingrid Bergman.

Errol Flynn calls him a traitor over lunch and a fight ensues in The Adventures of Robin Hood.

And in his screen debut, no one ever saw him, as he was the title character in The Invisible Man.

He was nominated four times for the Academy Award, all in the Best Supporting Actor category, and lost on every occasion.

As the Democratic senator attempting to be confirmed as Vice President in The Contender (for which Allen received an Oscar nomination).

Remember her in Oliver Stone’s Nixon , as the wife of the president? As the dejected and confused mother in Pleasantville?  How about as Elizabeth Proctor, the woman accused of witchcraft, in The Crucible?

More recently she was the CIA Department director in The Bourne Supremacy, The Bourne Ultimatum and The Bourne Legacy, and an angry ex-wife in The Upside Of Anger.

And somehow she managed to keep a straight face throughout the mess that was Face/Off as she played John Travolta’s wife.

Unlucky not to have won an Oscar by now, but she will one day. So far she’s been nominated twice in the Best Supporting category, and once as lead actress.

In Steven Spielberg’s Minority Report as the main pre cog who can foresee criminal activity.

Well, she is Mary Queen of Scots in Elizabeth: The Golden Age (above). She’s the young Irish mother battling poverty in In America

In at little known gem called The Messenger, she is the widow of a US soldier who falls in love with the casualty notification officer.

But if you can, seek her out in Sweet and Lowdown as the mute woman who falls in love with the second greatest guitarist of all time. Yep, it’s a Woody Allen film.

She was the original voice of the operating system in the 2013 film HER, and was on set during the entire shoot, delivering the lines to Joaquin Phoenix. After principal photography she was replaced by Scarlett Johansson.