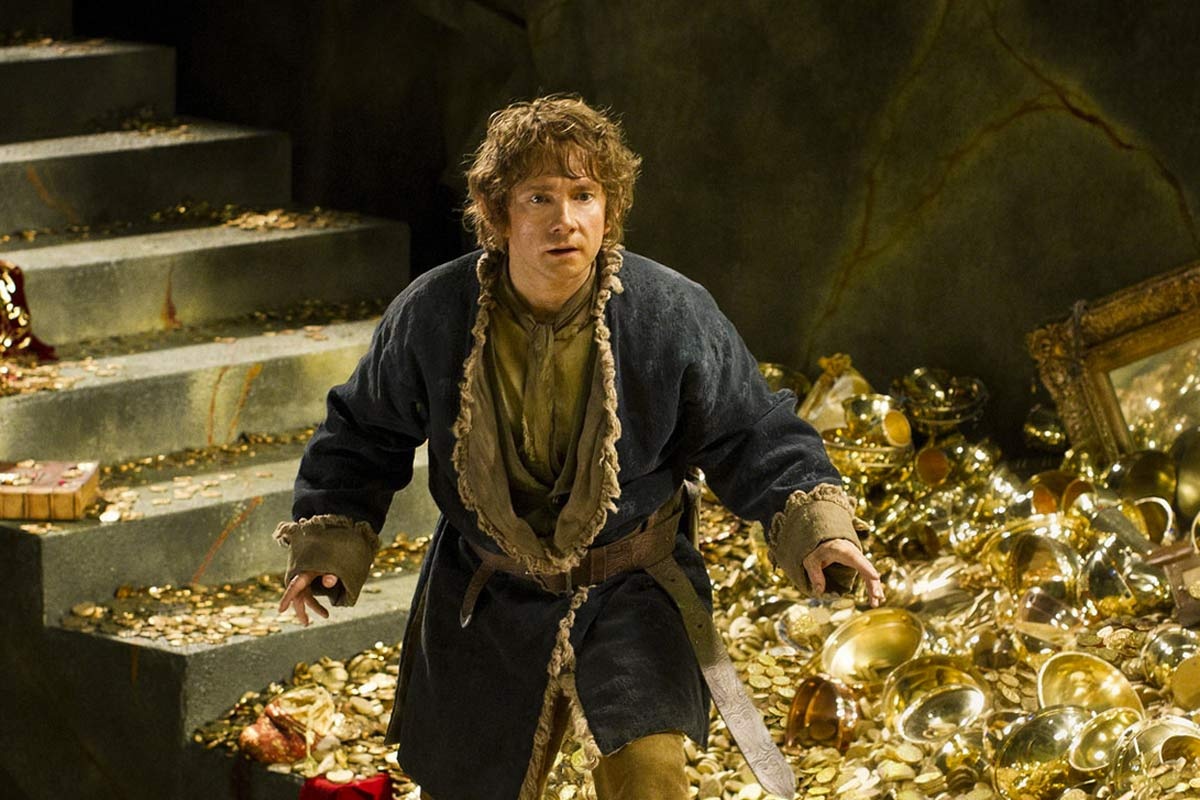 The Hobbit: The Desolation of Smaug

Boxing Day is Peter Jackson’s day. The New Zealand director has the made that day his own in the past with the release of The Lord of the Rings trilogy. This Boxing Day, he gives us the second instalment of what will be a three-part series based on J.R.R Tolkien’s The Hobbit. It’s one of the few films where, regardless of critic reviews, you are either definitely going to see it, or will be staying right away. This film runs 161 minutes and follows Bilbo Baggins (Martin Freeman), Gandalf (Ian McKellen) and Thorin (Richard Armitage) journeying eastward in the quest to reclaim their homeland from the dragon Smaug. There has been some dispute over the last few weeks on the correct pronunciation of ‘Smaug’. Tolkien himself wrote that words with ‘au’ are pronounced as ‘ow’. So, technically it’s Smowg.

• Having trouble seeing the video clips? Try switching to a desktop computer browser instead.

An animated musical adaptation of Hans Christian Andersen’s fairytale The Snow Queen, Frozen is the story of a fearless princess (voiced by Kristen Bell) who journeys to find her sister, Elsa, (voiced by Idina Menzel) who has turned her kingdom into an endless winter. As with most Disney animations, the assortment of supporting characters are the ones which generate the most laughs. Watch out for the Snowman, who naively dreams of experiencing summer. The film has been widely praised upon release internationally

This might be the film that stays with you long into 2014. Steve Coogan, who co-wrote the film, portrays a former journalist who hears about Philomena’s (Judi Dench) journey in search of her son who was taken away years earlier. Judi Dench is still at the top of her game, arguably one of the finest actors in cinema. Here she is paired with Coogan, who is famous for his satire and impressions (seek out The Trip from 2010 to understand more of that skill), but he brings a certain warmth and understanding to this role.

An adaption of Eric Lomax’s bestselling autobiography. The Railway Man follows Lomax’s haunting journey as a former World War II British officer who still suffers from the psychological trauma of war. Firth and Kidman, as husband and wife, journey back to the location of his memories to fight his demons.

The Secret Life of Walter Mitty

Certainly the film with the most intriguing trailer of the summer films. This is a fantasy adventure flick directed and starring Ben Stiller. He has polarised audiences with his acting in the past, but it’s wrong to compare this performance with early over-the-top comedy roles. As Walter Mitty’s day-dreaming becomes real-world, this becomes the kind of film determined to inspire you.

A cast full of past Oscar nominees and winners should be enough evidence for you to seek out this film upon release. Adapted from the Pulitzer Prize winning play, a family crisis reunites the members of the Weston family under the roof of matriarch Violet (play by Meryl Streep). Did I mention that this comedy-drama is also produced by Bob and Harvey Weinstein, Grant Heslov and George Clooney? Good credentials.

A Disney film about Walt Disney himself. You won’t find any scurrilous rumours or a negative portrayal of the animation king here. Instead, Tom Hanks steps into the shoes of Disney and tries to convince the author of Mary Poppins (Emma Thompson as P.L Travers) to adapt her famous novel to the screen. If you’ve seen Hanks in the 2013 film Captain Phillips, then check this film out to give you an idea of how expertly he handles all genre types.

Set in Nazi Germany during World War II, a young girl called Liesel (played by Sophie Nelisse from Monsieur Lazhar) is sent to live with foster parents (Rush and Watson). She finds solace in reading and learns about the power of words and imagination from her parents and a neighbour. “I never understand the meaning of the word hope,”Liesel says in the film, “but I’m about to meet the people who will change all that.”

It’s a Coen Brothers film – when they are at the top of their game their films are marvellous (O’ Brother Where Are Thou?, True Grit), but when they miss, they miss wide (A Serious Man). Inside Llewyn Davis is set in 1961 around the Greenwich Village folk scene and follows Llewyn Davis, a singer trying to navigate his way through life. There’s also a fine soundtrack, with performances by Justin Timberlake, Carey Mulligan and Oscar Isaac. Btw, you will love the cat.

The Wolf of Wall Street

By now you would have made up your mind if you like the working relationship of Martin Scorsese and Leonardo DiCaprio. This is their fifth collaboration and it’s the story of a New York stockbroker and his battle with greed, women, drugs and power. Oh, and it’s based on a true story. Editor Thelma Schoonmaker said recently that the film felt improvisational, like Raging Bull or Casino and the trailer certainly shows a whirlwind narrative, but be warned, the film runs almost three hours.

Come Oscar night, a performance from this film may be getting some Academy Award love. McConaughey dramatically changed his appearance for the role of a drug addicted rodeo cowboy, who helps AIDS patients seek out unapproved medication. But it’s Jared Leto who steals the show as a transgender patient. Set in 1985, it’s a true story that first surfaced in The Dallas Morning News.

A dream match up, Grudge Match sees two giants of boxing cinema square off in the ring. De Niro plays Billy ‘The Kid’ McDonnen. Stallone is Henry ‘Razor’ Sharp. 30 years after they last fought, they are coaxed back into the ring for the ultimate grudge match. Amongst all the heavy duty films around in January – it might be good for you to sit back, grab the popcorn and let yourself go with this sports comedy.

The film that could very well take the Best Picture Oscar home. Nothing short of brilliance is expected with this powerful story about a free black man who is abducted and sold into slavery. 12 Years a Slave received seven Golden Globe nominations, four Screen Actor Guild nominations, and was voted one of the 10 Top films of the year by the American Film Institute.