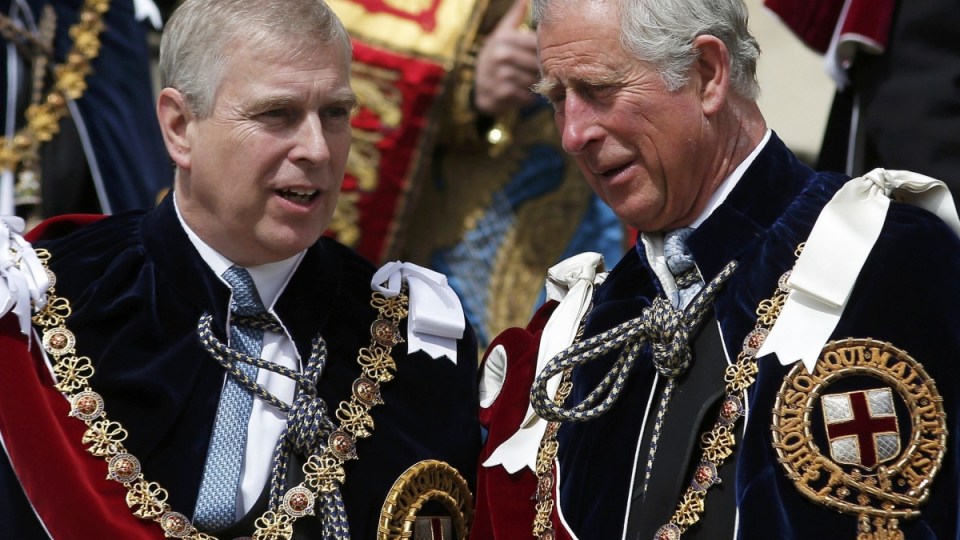 The Queen’s troublesome second son Prince Andrew has been barred from another high-profile royal family event.

Andrew had reportedly been hoping to appear in public on Monday alongside senior members of the royal family at the annual Order of the Garter ceremony, clad in colourful robes for the procession  at Windsor Castle.

It was part of an audacious bid to return to royal life, as he lobbies his mother for his status to be restored.

“He was confident and bullish he can make a comeback,” The Sun reports that it was told.

But an intervention by heir-to-the-throne Prince Charles and his son Prince William have dashed the Duke of York’s hopes. Fearing a public backlash, Charles and William convinced the Queen to ban him from public aspects of Monday’s annual parade.

Instead, according to The Sun, Andrew has been ordered to stay out of sight “for his own good” – following the tense family talks. He will be allowed to be involved only in private aspects of the ancient ceremony.

It will be a major blow to the prince’s campaign to return to appearing at royal events. He also wants his daughters, Princesses Beatrice and Eugenie to become working royals.

And he has asked the Queen to be reinstated as Colonel of the Grenadier Guards, a title he inherited from his father, the Duke of Edinburgh.

“The colonelcy of the Grenadier Guards was his most coveted title and he wants it back. Having remained a Counsellor of State, he also believes he should be included at royal and state events,” a source told London’s Telegraph newspaper.

“Most importantly for him is his status as an HRH and ‘Prince of the Blood’ and he feels that should be reinstated and his position recognised and respected.”

The newspapers report that there is there is “no desire behind palace walls to return any of his honorary military titles or patronages”.

In February, Andrew paid about £12 million ($21 million) to settle a civil sex claim with Australian-based Virginia Roberts Giuffre, after months of legal wrangling. He has always denied any wrongdoing.

Amid the fallout from the case, he was stripped of his military titles and royal patronages in January, and the Queen announced he would no longer be known as “His Royal Highness”.

Andrew is long said to be the 96-year-old Queen’s favourite child, and he visits her several times a week at Windsor Castle. Despite that, palace aides are well aware of strong public feelings about his links with convicted paedophile Jeffrey Epstein and recent sexual abuse allegations.

The prince was last seen in public in March, escorting the Queen at a memorial service for Prince Philip. He was absent from the recent platinum jubilee celebrations – not least because he tested positive to COVID in the days before.

Andrew’s older brother, Prince Charles, is determined there is no way back to royal life for him.

He remains ninth in line to the throne and has an important role as a Counsellor of State. Counsellors of State – the spouse of a monarch and the next four adults in the line of succession, currently Charles, William and his brother Harry, and Andrew – can carry out most of the sovereign’s official duties.

“Clearly at some point soon, thought will have to be given as to how to support the duke as, away from the public gaze, he seeks slowly to rebuild his life in a different direction,” a senior palace source told the Telegraph.

The Order of the Garter parade returns on Monday for the first time since 2019, having been put in ice due to the pandemic. Crowds will gather at Windsor Castle to see the royal family make the walk – including Prince Charles’ wife Camilla, who is being made a member of the order.