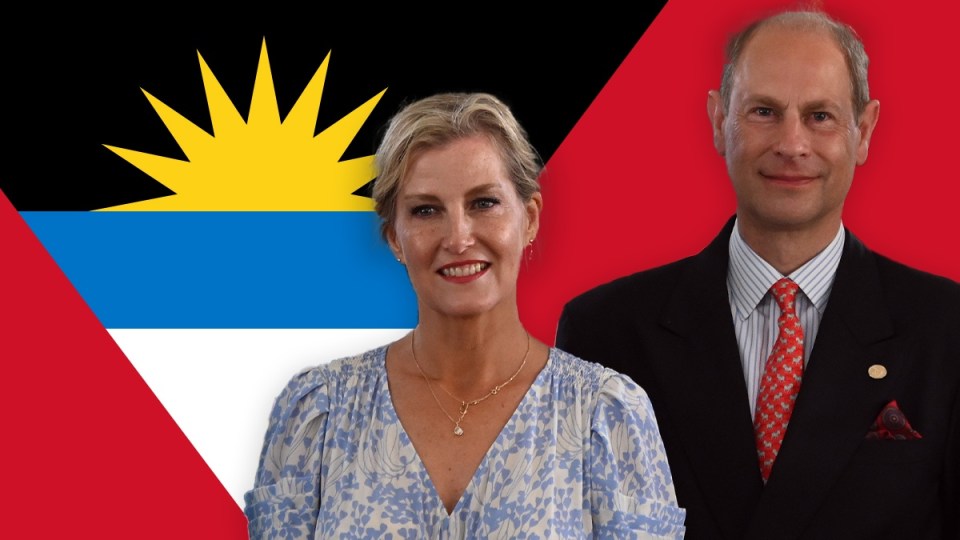 During their Caribbean tour, a visit attempting to drum up support for the British monarch, the Earl and Countess of Wessex were told that Antigua and Barbuda should “become a republic” by its prime minister Gaston Browne.

Prince Edward and wife Sophie touched down in Antigua and Barbuda on Monday, the final stop on their week-long tour of the Caribbean to mark the Queen’s platinum jubilee.

But the visit hasn’t come without its hurdles, including a last-minute cancellation, a blistering open letter and pointed comments from Prime Minister Browne.

Struck from the itinerary

Prince Edward, the Queen’s youngest son, and Sophie were slated to visit Grenada, Saint Lucia, Saint Vincent and the Grenadines, and Antigua and Barbuda from April 22-28, but the Grenada leg of the tour was postponed at the 11th hour.

A day before the tour kicked off, Buckingham Palace said it was struck from the schedule after discussions with Grenada’s government and governor-general.

No official reason was given, but royal commentators suggested it had something to do with the protests that forced the Duke and Duchess of Cambridge to cancel a trip to a Belize village in March.

Prince William and Kate Middleton faced plenty of difficulties during their tour of Belize, the Bahamas and Jamaica, with the latter’s prime minister Andrew Holness telling the royals that his country was “moving on” and intended to become a republic.

The Antigua and Barbuda Reparations Support Commission described the Caribbean tour as a “goodwill-don’t-leave-us” trip in a searing open letter to Prince Edward and Sophie.

Explaining its call for reparations, the commission said that across the region, “many still live in deep persistent poverty and social despair”.

“The call for reparation is not an academic exercise,” the letter read.

“It is a demand to Britain and the other enslaving countries of Europe for partnership in a constructive strategy to meet the social and economic development gaps in the region, those imposed through slavery and colonialism and those that are perpetuated through the incredibly unjust existing neocolonial international order which Europe and the United States champions.”

Although the commission welcomed the royals to the island country, it questioned why it’s “so hard for you to sincerely apologise” for Britain’s role in slavery.

The commission also criticised the royal family for continuing to “live in the splendour, pomp and wealth attained through the proceeds of the crimes”.

The open letter was shared widely on social media.

To become a republic

In a meeting the couple on Monday, Mr Browne said Antigua and Barbuda intended to become a republic in the future, but not immediately.

“We continue to have the Queen as our head of state, even though I should say we aspire at some point to become a republic,” Mr Browne said.

“But that is not currently on the cards, so she will remain as head of state for some time to follow.”

Mr Browne said he wasn’t trying to embarrass Edward and Sophie, but build awareness and understanding.

Although he acknowledged that the royal family did not get involved in “contentious issues”, he urged the couple to use their “diplomatic influence” to achieve “reparatory justice” for Antigua and Barbuda.

“Because the reality is we have been left and bereft of important institutions such as universities and good medicinal facilities,” he said.

Barbuda and Antigua achieved independence in 1981, after it was colonised by the British in the 17th century.