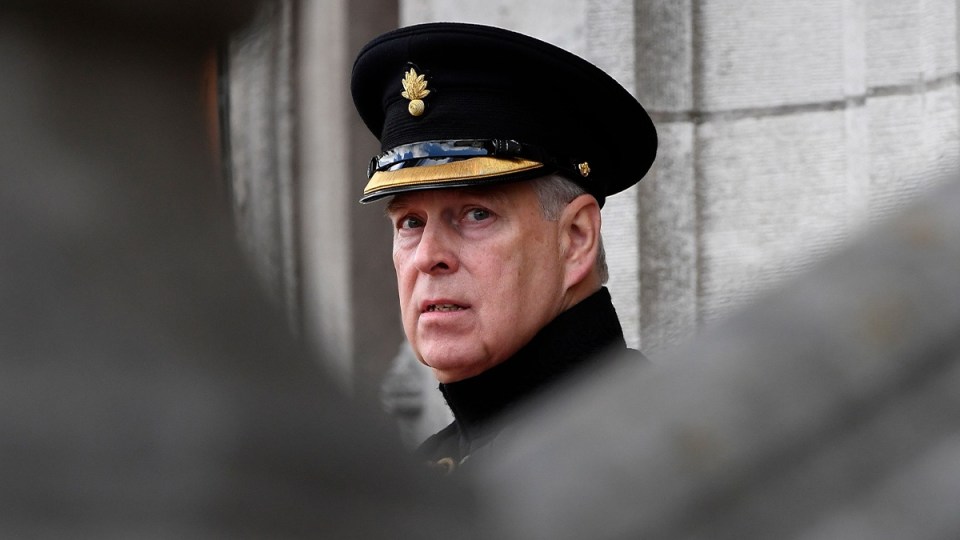 A Turkish millionaire claims she was told to pay Prince Andrew £750,000 ($1.3 million) in return for assistance. Photo: Getty

Disgraced royal Prince Andrew is once again in the headlines after he was name-dropped in a complex court battle between a Turkish millionaire and her financial adviser.

It comes barely two months after Andrew, who was accused of sexual abuse, reached an out-of-court settlement with his accuser Virginia Giuffre.

Then, at the end of March, he accompanied his mother to Prince Philip’s memorial service in what many considered a clear sign of support from the longest-reigning monarch.

British activist Dr Shola Mos-Shogbamimu described it as a “slap in the face”.

Now Andrew’s latest scandal is only adding more fuel to the fire.

The complex court case centres on Turkish millionaire Nebahat Evyap Isbilen, 76, who has accused her financial adviser Selman Turk of misappropriating her assets.

The High Court in London heard how Ms Isbilen, whose husband has been a political prisoner in Turkey since 2015, needed help moving her assets out of the country.

She trusted Mr Turk to help her, so she transferred the money from her account into Andrew’s private bank account in November 2019.

A week before the payment, Mr Turk was the winner of Andrew’s Shark Tank-style competition Pitch@Palace.

In an affidavit submitted to the court, Ms Isbilen says she saw an email from Mr Turk to her bank “explaining that this transfer was a wedding gift to Princess Beatrice owing to the close connection between our families”.

It is understood that Andrew has repaid the sum of money to Ms Isbilen, but that has done next to nothing for his case in the court of public opinion.

In a statement to People, Princess Eugenie denied knowing Ms Isbilen or Mr Turk, or any details of the claims.

She explained she received a call in 2019 from a “long-standing family friend” who wanted to make a financial contribution towards the catering costs for her mother’s surprise 60th birthday.

Princess Eugenie provided her account details and received two payments, totalling £25,000, which she passed on to the company organising her mother’s birthday party.

The court case led to the discovery of more payments made to Prince Andrew, as well as his ex-wife Sarah, Duchess of York, from a company called Alphabet Capital.

Ms Isbilen’s solicitor said there is “strong evidence” the company was a “fraudulent and covert front used by Mr Turk … to make payments to a person associated with him”.

A representative for the Duchess of York told People that she was “completely unaware of the allegations” against Mr Turk.

She received the money for her work as a brand ambassador for US green energy company Pegasus Group Holdings in 2019.

Pegasus wanted to pay Sarah in instalments, but she preferred to have a lump sum.

At that point, Mr Turk was “suggested as someone who would take on the debt and pay the duchess” in full, with the company paying Turk in instalments.

Court case aside, Andrew came under even more scrutiny after he used his stripped royal title in since-deleted Instagram posts.

The Duchess of York shared three Instagram posts on behalf of her ex-husband over the weekend, who exited the social media platform earlier this year.

Andrew had written a reflection to mark the 40th anniversary of his leaving to serve in the Falklands War with the Royal Navy.

He was “full of bravado” when he joined the battlefield, but returned home “a changed man”.

The reflection was signed “HRH [His Royal Highness] The Duke of York”.

That included the HRH title, too.

The backlash was quick and the reflection was swiftly edited to remove the title.

Simon Birmingham: Liberals need to be more proactive on climate and women
Analyst: Sharemarket will be anxious about a Labor pact with Greens
French foreign minister hails defeat of Morrison and his ‘notorious incompetence’
Tiger Woods quits PGA tournament after the worst round of his career
COVID claims 18 more lives as nationwide daily cases soar above 35,000
Volodymyr Zelensky: How war will end as Ukraine ‘breaks backbone’ of Russian army
Republican movement wants five-year terms for an elected Australian president
Today's Stories

From fraud scandal to banned title: Why Prince Andrew is back in the headlines