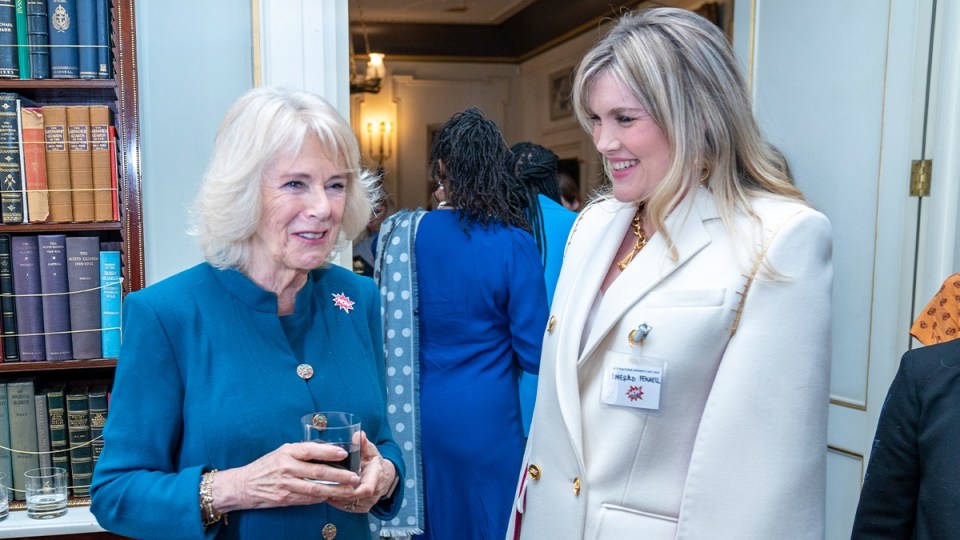 Emerald Fennell starred as Camilla in the controversial fourth season of The Crown. Photo: Getty

Camilla, Duchess of Cornwall, has come face-to-face with Emerald Fennell, the actor who played her in the controversial fourth season of The Crown.

Netflix’s hit series has been quite the sore spot for the British royals.

Much of Season 4 focused on Charles’ (Josh O’Connor) infamous affair with Camilla Parker Bowles (Emerald Fennell), as the universally loved Diana (Emma Corrin) struggled mentally with being an outsider in her marriage and the royal family.

But if Camilla held any ill-will towards the series or Fennell for dredging up the past, she didn’t show it as she invited the actor into her home for International Women’s Day.

Fennell was one of several women who attended the Women of the World event at Clarence House on Tuesday, the London residence of Prince Charles and Camilla.

During her speech at the reception, Camilla joked about her “fictional” counterpart.

“For me, it is very reassuring to know that if I should fall off my perch at any moment, my fictional alter ego is here to take over. So, Emerald – be prepared.”

The two women happily chatted to each other at Clarence House, posing for pictures and sharing a few laughs.

Speaking to reporters afterwards, Fennell had nothing but praise for the Duchess of Cornwall.

“I was nervous I might be thrown in the Tower,” Fennell joked. “But so far, so good.”

And she agreed that Camilla is a “good sport”.

“She’s been in the spotlight for a long time and has always weathered it with a lot of grace and good humour,” Fennell said.

In 2018, Camilla’s nephew Ben Elliot told Vanity Fair that Camilla has privately confessed to enjoying The Crown, but “wasn’t looking forward to the bits to come”.

And you can’t blame her.

After The Crown Season 4 premiered in November 2020, the Clarence House Twitter account turned off comments in response to a wave of disgruntled viewers.

But the hate spread to Instagram, too, with people posting “Diana forever” on pictures of Camilla.

Palace insiders blasted the show to The Mail on Sunday, complaining that it “hijacked and exploited” the lives of the actual people involved “without a thought for anyone’s feelings”.

Even the British government got involved.

Culture secretary Oliver Dowden told the Mail on Sunday that he would write to Netflix requesting the streaming service add a “health warning” to clarify that the series is fiction.

“I fear a generation of viewers who did not live through these events may mistake fiction for fact,” he said.

Will Netflix add a disclaimer to its upcoming fifth season of The Crown?

The streaming giant brushed off any concern, with a spokesperson telling The Hollywood Reporter that it has always presented The Crown as a drama that is broadly based on historical events.

It trusted that its viewers could tell the difference between fact and fiction.

“As a result, we have no plans – and see no need – to add a disclaimer,” the spokesperson said.

As The Crown shifts time periods every two seasons, Fennell will not reprise her role as Camilla in Seasons 5 and 6.

That honour goes to British actor Olivia Williams (The Ghost Writer), as Season 5 covers the divorce of Charles and Diana, as well as her tragic death in 1997.

Australian actor Elizabeth Debicki has been cast as the Princess of Wales, alongside Imelda Staunton as Queen Elizabeth II, Jonathan Pryce as Prince Philip and Dominic West as Charles.

‘My fictional alter ego’: Camilla meets the actor who played her in The Crown