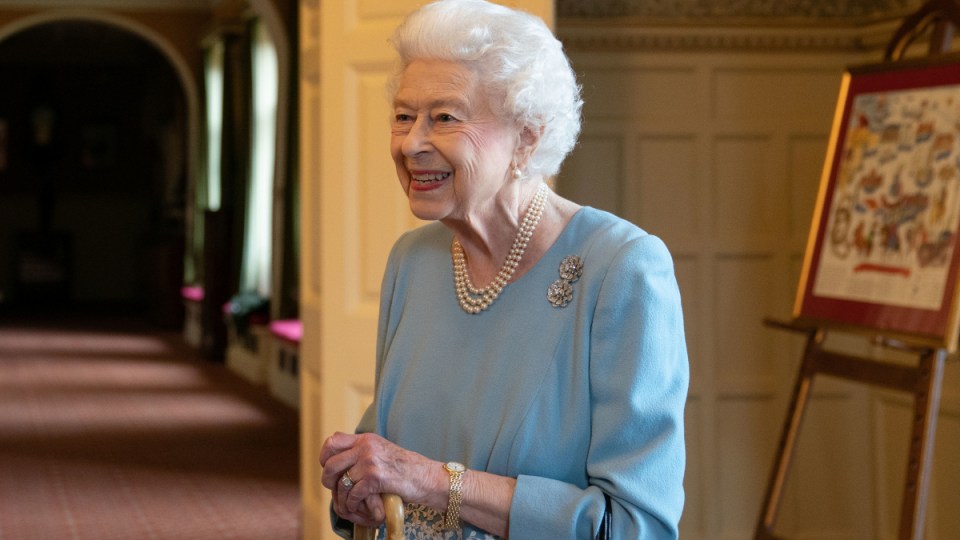 The Queen's medical team is keeping a closer eye on her after her COVID-19 diagnosis. Photo: Getty

The Queen has held her weekly telephone audience with British Prime Minister Boris Johnson despite having COVID-19, Buckingham Palace says.

The monarch, 95, who tested positive for coronavirus on Sunday, cancelled virtual audiences on Tuesday as she continued to suffer mild symptoms.

“Her Majesty did speak to the Prime Minister this evening,” a Buckingham Palace spokesman said on Wednesday (British time).

There will have been much to discuss during the conversation with Mr Johnson, with the government dealing with the escalating crisis in Ukraine.

Mr Johnson is also embroiled in the so-called “partygate” saga, with the Metropolitan Police investigating a dozen events, including as many as six that he reportedly attended.

The Queen’s advanced age, COVID-19 diagnosis, frailer appearance and recent health scare mean her medical team will be keeping a close eye on her progress. But being well enough to speak to the Prime Minister will be taken as an encouraging sign.

It is understood the Queen previously also had a separate planned in-person audience in the diary for Wednesday but this was cancelled on Monday, in keeping with isolation guidelines.

The nation’s longest reigning monarch, who has been triple-vaccinated, recently spent more than three months resting, on doctors’ orders.

Next week, the head of state has a major engagement when she is due to host a diplomatic reception and meet hundreds of dignitaries at Windsor.

Mr Johnson is the 14th prime minister of the Queen’s long reign.