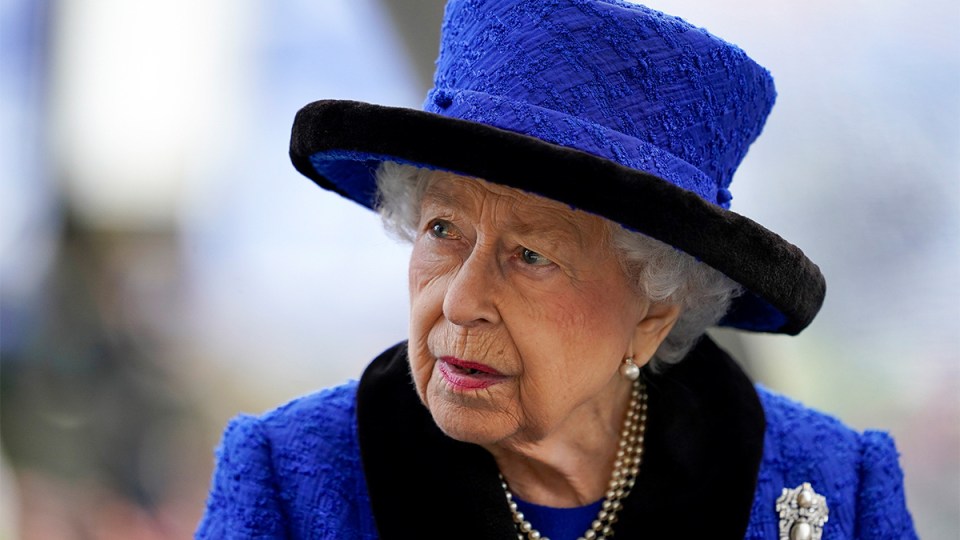 The palace has always been reluctant to discuss the Queen’s health and when officials do, it is with minimal detail. Photo: Getty

The Queen’s health has been in the spotlight for months, sparking concern and speculation in a year that is supposed to celebrate anything but.

Now Elizabeth II has tested positive for the coronavirus.

Buckingham Palace confirmed on Sunday the 95-year-old, who is celebrating her 70th year on the British throne, had “mild, cold-like symptoms”.

Even so, it’s business as usual for Her Majesty, who continues “light duties” this week, the palace said.

To emphasise just that, the Queen soon released a statement congratulating the British curling teams for winning gold and silver at the Winter Olympic Games in Beijing.

Some might say it was an act of reassurance.

The palace has always been reluctant to discuss the Queen’s health and when officials do, it is with minimal detail.

Short and succinct and often with reassurance that Her Majesty is in “good spirits”.

After Charles, the Prince of Wales, tested positive for the virus last week, Buckingham Palace said it would not provide any “running commentary”.

It was not even confirmed if the Queen, who had been in direct contact with Charles two days before he tested positive, had immediately taken a test.

Last week, royal editor Camilla Tominey explained to Nine’s Today why she believes the palace is so tight-lipped about the Queen’s health.

“They’re not wanting to update us, I think, because they don’t want to set a precedent that they’re commenting on every single aspect of the Queen’s health,” Tominey said.

The palace first sparked concerns over the Queen’s health in October, after she cancelled a visit to Northern Ireland.

Queen Elizabeth was set to take part in a two-day trip, but “reluctantly accepted medical advice to rest for the next few days” at Windsor Castle.

“Her Majesty is in good spirits and is disappointed that she will no longer be able to visit Northern Ireland, where she had been due to undertake a series of engagements today and tomorrow,” the statement read.

We would later learn that the Queen spent a night at the private King Edward VII’s hospital in central London for “preliminary investigations”, before returning to Windsor Castle the following day.

A royal source told Reuters that the Queen’s stay in hospital had been for “practical reasons” and that her medical team had taken a “cautious approach”.

The exact reason why she was in hospital remains private.

Members of the UK press were confused and accused the palace of “misleading” them with its earlier statement that the Queen was resting at Windsor.

“I think they were trying to protect the Queen because she would not have wanted a fuss, but it was misleading,” royal biographer Ingrid Seward told The Sun.

The Daily Mail’s royal correspondent Rebecca English acknowledged that while the Queen is entitled to her privacy, she is “our head of state”.

“Buckingham Palace’s statement she was resting at Windsor wasn’t true. It should have been clarified after her discharge,” English tweeted.

That said, the palace was probably trying to avoid a repeat of the horde of cameras that surrounded Prince Philip’s car as he was discharged from hospital before his death last year.

The Queen, who is up to date with her vaccinations, will spend at least five days in isolation in line with the UK’s soon-to-be-revised pandemic rules.

“She will continue to receive medical attention and will follow all the appropriate guidelines,” the palace said.

Elizabeth will be cared for by her medical team, fronted by Sir Huw Thomas, who has been her physician since 2014.

If the Queen can’t perform her official duties due to illness, two or more Counsellors of State are appointed to act in Her Majesty’s place.

Counsellors of State include the next four people in the line of succession who are over the age of 21.

That includes the heir apparent Prince Charles, whose wife Camilla is to be named Queen Consort upon his ascension, as per Elizabeth’s wishes.

How Buckingham Palace has handled the Queen’s health issues, from hospitalisation to COVID-19