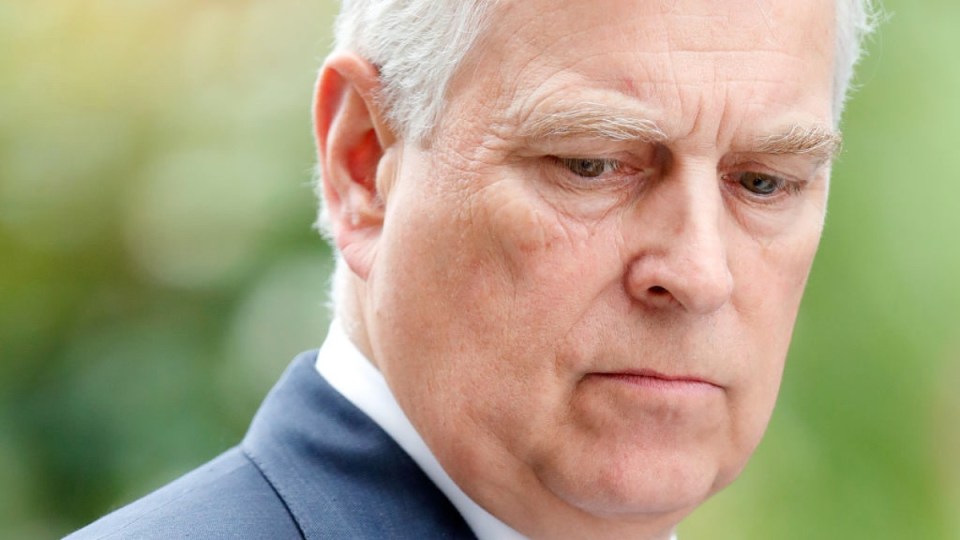 Andrew, 61, has consistently denied the allegations, despite what the settlement may suggest to the world.  Photo: Getty

Prince Andrew may have avoided an embarrassing, and potentially damaging, civil trial over allegations of sexual abuse of a minor, but this multimillion-dollar settlement with his accuser comes at a cost.

Andrew and his accuser Virginia Giuffre reached an out-of-court  settlement on Wednesday that reportedly cost the royal in the region of £12 million ($22.6 million).

But the Queen’s second-oldest son will live the remainder of his days overshadowed by the allegations.

As well as the public shame, there are increasing calls for the Duke of York to lose his title and be permanently stood down from royal duties and the public payroll.

Ms Giuffre, 38, sued the prince in New York in August, claiming he sexually abused her in 2001 when she was 17.

She alleges she was trafficked by convicted sex offender Jeffrey Epstein to his friends, including the prince.

Andrew, 61, has consistently denied the allegations, despite what the settlement may suggest to the world.

The deal described in a court filing shows the Duke of York will make a “substantial donation to Ms Giuffre’s charity in support of victim’s rights”.

Andrew also pledged to “demonstrate his regret for his association with Epstein by supporting the fight against the evils of sex trafficking, and by supporting its victims”.

Andrew’s lawyers spent months trying to have the case thrown out.

They discredited Ms Giuffre and painted her as a dishonest, greedy woman after their client’s money.

The Queen’s second son was set to face trial later this year, but then he agreed to the settlement despite not admitting to the allegations.

In response, British newspapers did not hold back.

A slew of them, citing unnamed sources, suggested the undisclosed sum is anywhere between £10 million-£12 million ($18.9 million-$22.7 million).

The Mirror claimed Andrew was under “intense pressure from the very top” to enter an agreement to avoid a courtroom showdown during his mother’s year-long 70th Jubilee celebrations.

“His final disgrace,” read The Sun‘s headline, with Andrew’s unsmiling face taking up most of the front page.

The Mirror, The Daily Mail and The Telegraph followed similarly, unflinching in their brutal assessment of Andrew’s future as a member of the royal family.

“Just weeks after vowing to fight devastating sex abuse claims, Andrew settles with accuser in grovelling climbdown – slamming the door on a royal return for ever,” wrote the Daily Mail.

The Telegraph, meanwhile, claimed the Queen will help pay the settlement.

British Labour’s Rachael Maskell, MP for York Central, renewed calls for Andrew to remove any association he has with the city.

“Eighty-eight per cent of people who were polled from our city said they did not want that association anymore,” Ms Maskell told radio station LBC.

She said it was really important that the values of the city reflected York and not Andrew.

“Clearly Andrew, and I just say plain Andrew, had associations with people who were exploiting young women.

“That association in itself calls into question all sorts of things.”

Although Ms Maskell said it was a relief that Andrew had acknowledged and expressed regret for his association with Epstein, his initial response to the charges and allegations levelled against him had been a source of “deep hurt and embarrassment to many people across the city”.

“To demonstrate his seriousness in this endeavour, and his respect for those affected by abuse and the people of our city, I would ask that his first act of contrition is to confirm his support for the withdrawal of his ducal title,” Ms Maskell said.

She echoed her thoughts on Twitter, writing that York should not be a duke’s title but a movement to fight for the rights of girls and women.

Andrew, who had stepped back from royal duties in 2019, returned his military titles and royal patronages to the Queen in January.

He has also stopped using ‘His Royal Highness’ in an official capacity.

In years to come, Andrew may well stage a return to his royal duties.

But try as he might, it seems his past will now forever taint his future.

Prince Andrew and Virginia Giuffre have settled, but the allegations will stay with him forever