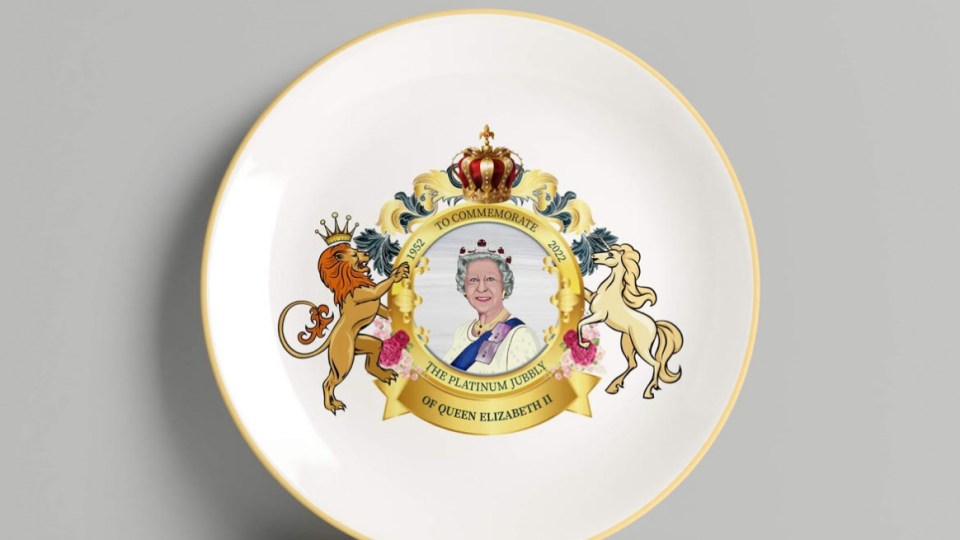 Thousands of high-end teacups, mugs and plates meant to commemorate the monarch’s unprecedented 70-year reign are headed for a still-pricey discount bin after the Chinese manufacturer’s error.

The 10,800 items feature a painted image of the Queen and the words, “to commemorate the Platinum Jubbly of Queen Elizabeth II”.

The bungle went unnoticed during production. But it was quickly picked up on delivery to Britain – leaving the manufacturer unable to sell its stock.

It noted the spelling mistake was due to an error in translation.

“The manufacturers produced some wonderful souvenir items in an attempt to muscle in on the Queen’s upcoming platinum jubilee but were left high and dry when their fulfilment partner in the UK decided they would not take the souvenir stock due to a translation error,” Wholesale Clearance said.

“In stepped Wholesale Clearance to clear up the excess, unwanted stock.

“On arrival at Southampton docks a few weeks ago, upon inspection, it became apparent that there was a slight printing/translation error, which now leaves these without a home.

“May we present to you, 10,800 items of limited edition Queen’s platinum jubilee tea sets, mugs and decorative plates for purchase.”

The Queen will mark 70 years on the throne on February 6, the first British monarch to reach the milestone. Events are planned across Britain to celebrate the event.

The Queen’s term as head of state spans the period from postwar Britain, when rationing was still in place, to a world of virtual currencies, driverless cars and pandemics, and will be forever entwined with the country’s history.

Princess Elizabeth was just 25 when her world changed irrevocably on February 6, 1952, the day her father King George VI died and she became head of state.

Her unique standing and length of her reign prompted royal author Penny Junor to say she believed “we will possibly never see her like again”.

“She’s been extraordinary at the helm, and she has been loved and respected all over the world. And I would say she’s left the throne in a very healthy state for her heirs,” Ms Junor said.

“I think we will possibly never see her like again in terms of length of reign and the enormous change that has happened both in society and technology while she’s been on the throne.

“The change has been absolutely phenomenal and I think her great skill has been to incrementally bring the monarchy up to date.”

While there are celebrations planned across the nation throughout this year, most attention will focus on the extended four-day platinum jubilee weekend. It will begin on June 2 with Trooping the Colour, to be staged in full for the first time since the pandemic.

There will be a service of thanksgiving for the Queen’s reign at St Paul’s Cathedral the following day.

Madonna King: We deserve more from our leaders than a tussle between two brands of timid
A doco, historic tiara and a message from Down Under mark major milestone for Danish royal
Today's Stories