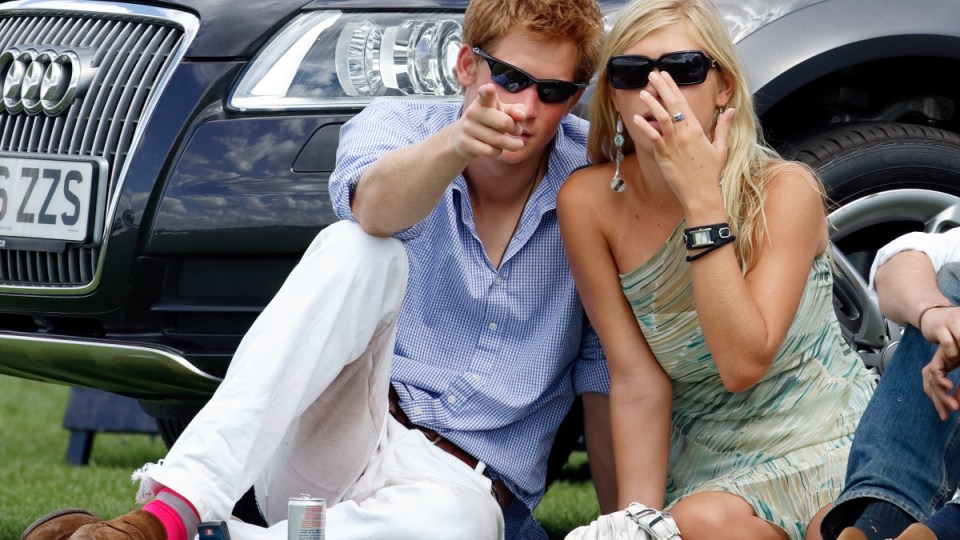 Prince Harry with then girlfriend Chelsy Davy in 2006. She was targeted by a British private investigator. Photo: Getty

A British private investigator has apologised for Prince Harry and “robbing” him of a normal life.

Gavin Burrows has told the BBC the media had focused on Prince Harry in the 2000s, considering him “the new Diana”.

Mr Burrows, who is a witness in ongoing legal cases against the News of the World and The Sun, said he and the press had been “ruthless”.

His claims are yet to be tested in court and are strongly disputed.

Mr Burrows made the comments in a controversial BBC documentary, The Princes and the Press. Part one of the documentary, which explores Prince Harry’s and his brother Prince William’s relationships with the media, aired in Britain this week.

“I was basically part of a group of people who robbed him of his normal teenage years,” Mr Burrows said, adding that the media culture in the early 2000s was “ruthless.”

Mr Burrows also confessed to digging into Ms Davy’s medical records, trying to find out if she had sexually transmitted diseases or abortions.

He told the show he was “very sorry”, and said he did it “because I was greedy, I was into my cocaine, and I was living in a fake state of grandeur”.

Sunday Times royal editor Roya Nikkhah told the documentary the attention on Prince Harry’s girlfriends was too much for them to handle.

“When you are dating or considering marrying a member of the royal family, the scrutiny you endure is enormous,” she said.

“Harry’s previous relationships with Chelsy Davy and Cressida Bonas – a part of why neither of those went all the way was because neither of them wanted to endure that level of media scrutiny.”

Nikkhah said Harry, by then in his 30s, watched his friends get married and begin families.

“He was very concerned that that might elude him because he might not be able to find someone who could handle that,” she said.

After news broke in 2016 of Prince Harry’s relationship with Meghan Markle, he released a groundbreaking statement condemning the “wave of abuse and harassment” towards her.

The couple married in May 2018, and now have two children. They relocated to California last year after stepping down as senior members of the royal family.

Harry recently spoke out against misinformation on the internet, saying problems with the media predated the tech giants, and misinformation was a global humanitarian crisis.

“The scariest part about it is you don’t need to be online to be affected by it. It’s important to recognise that this problem did not originate on social media,” he said.

He also spoke about his and Meghan’s experience with the British press – an issue often cited as a reason for the Sussexes’ decision to quit royal duties and leave the country.

“[They] sadly conflate profit with purpose, and news with entertainment,” he said.

“They don’t report the news, they create it, and they’ve turned fact-based news into opinion-based gossip. I lost my mother to this, and obviously I’m determined not to lose the mother of my children to the same thing.”

Buckingham Palace, Clarence House and Kensington Palace released a rare joint statement to the BBC as part of the documentary.

“A free, responsible and open press is of vital importance to a healthy democracy,” it said.

“However, too often it is overblown and unfounded claims from unnamed sources that are presented as facts and it is disappointing when anyone, including the BBC, gives them credibility.”

The second episode of The Princes and the Press screens in Britain on November 29.