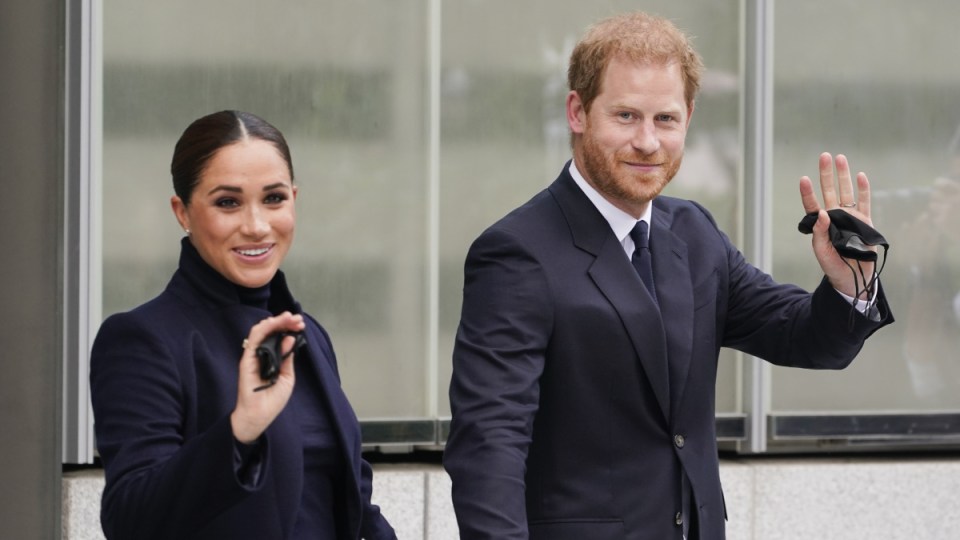 The first royals to fly over to the US to meet Prince Harry and Meghan Markle were captured on camera on the weekend. Photo: AAP

The Duke and Duchess of Sussex have joined with an Australian-inspired ethical investment firm to pledge for more environmental sustainability.

Prince Harry and Meghan Markle’s new partnership with Ethic, a fintech asset manager focused on climate and social issues that manages $1.3 billion ($A1.7 billion) of assets out of New York, was revealed on Wednesday.

The couple has already invested in Ethic and were named “impact partners” to prioritise issues including climate change and human rights.

The firm was founded by two Australians, Johny Mair and Doug Scott, along with British citizen Jay Lipman.

In a joint interview with The New York Times, Meghan and Harry spoke about their desire to invest in social responsibility issues and to attract more people to sustainable investing.

“From the world I come from, you don’t talk about investing, right? You don’t have the luxury to invest. That sounds so fancy,” Meghan said.

“My husband has been saying for years, ‘Gosh, don’t you wish there was a place where, if your values were aligned like this, you could put your money to that same sort of thing?’.”

Prince Harry said he hoped their involvement would help young people be more conscious of investing in sustainability and more deliberate in their actions.

“You already have the younger generation voting with their dollars and their pounds, you know, all over the world when it comes to brands they select and choose from,” Harry said.

It was created with the idea to provide personalised sustainability solutions to help people invest in companies that “treat people and the planet with respect”.

It screens companies and sectors based on their actions on social responsibility, including climate, labour and racial issues.

“[Harry and Meghan] share a lot of values with us, and we suspect, with many of you as well. That’s why we’re so excited that they’re joining us as impact partners,” Ethic said in a statement.

“They’re deeply committed to helping address the defining issues of our time – such as climate, gender equity, health, racial justice, human rights, and strengthening democracy – and understand that these issues are inherently interconnected.”