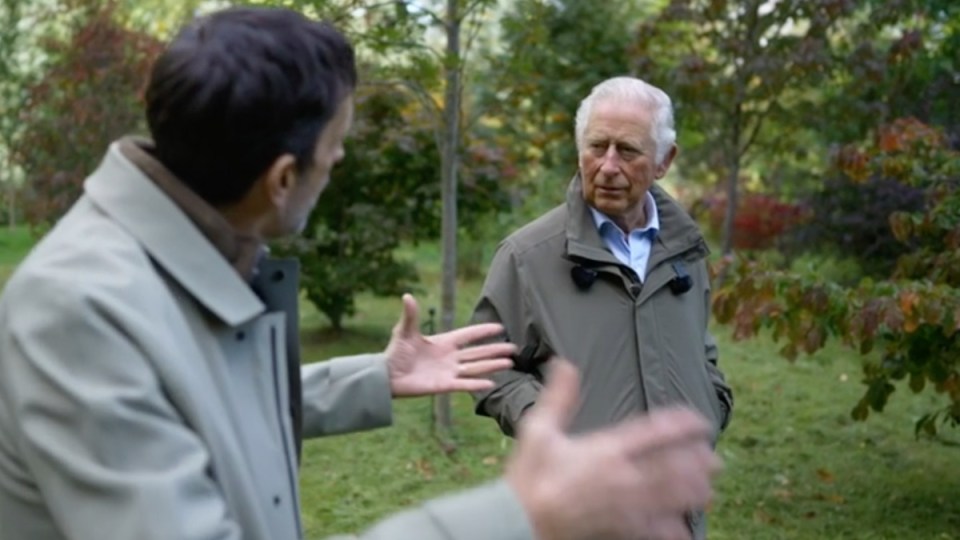 Prince Charles says it will be “catastrophic” for the planet if world leaders including the Australian Prime Minister do not meet at next month’s climate summit in Scotland.

“It is already beginning to be catastrophic because nothing in nature can survive the stress that is created by these extremes of weather,” he told the BBC.

When the presenter told Charles of Scott Morrison’s reason for not committing to travelling to Glasgow, the prince seemed surprised.

He stopped walking and looked at the interviewer as he replied: “Is that what he says, is it?”

Mr Morrison has reportedly expressed concerns that he would need to quarantine at The Lodge again if he attends the COP26 summit.

The PM has travelled to Japan, New Zealand, Singapore, the United Kingdom, France and the United States during the pandemic.

In June, he was in Cornwall as a guest at the G7 summit after which he was criticised for touring his distant relative’s grave and visiting a pub where he posed with punters.

He’s currently in home quarantine at The Lodge with some of his staff after returning from Washington DC. The PM sparked yet more fury this week when he posed for an Instagram post of him cooking “curry night” on the barbecue.

“Read the room – pretty distasteful putting this up (when) most people have to quarantine without even being able to open a window, never mind cook a meal,” one user wrote.

“How is this quarantine … look (at) what you put other Australians through,” another wrote.

Prince Charles was being interviewed during a walk in the grounds of the royal family’s estate in Balmoral. He revealed he has modified his diet to consider the impact of food production on the climate, stopping eating meat and fish on two days each week and avoiding dairy once a week.

He has also converted his vintage Aston Martin to run on “surplus English white wine and whey from the cheese process”.

BBC journalist Justin Rowlatt asked Charles what he would say to the Morrison government, noting it seemed to “be reluctant to take on board” the need for serious action on climate.

“I mean you gently try to suggest there may be other ways of doing things, in my case anyway, otherwise you lot (the media) accuse me of interfering and meddling, don’t you?”, Prince Charles said.

He described the summit as the “last chance saloon”

“If we don’t really take the decisions that are vital now it’s going to be impossible to catch up,” Charles said.

On Monday, British MP Alok Sharma, the UK’s COP president and host of the summit, also said he hoped Mr Morrison would fly over to attend.

“Australia are our closest mates, and I want them to come to our party and sing the same songs — and that means making ambitious commitments on emission reductions by 2030 and, obviously, a net zero target,” Mr Sharma told the Financial Times.

The Queen will be at the Glasgow gathering and Charles and his son Prince William are expected to deliver speeches.