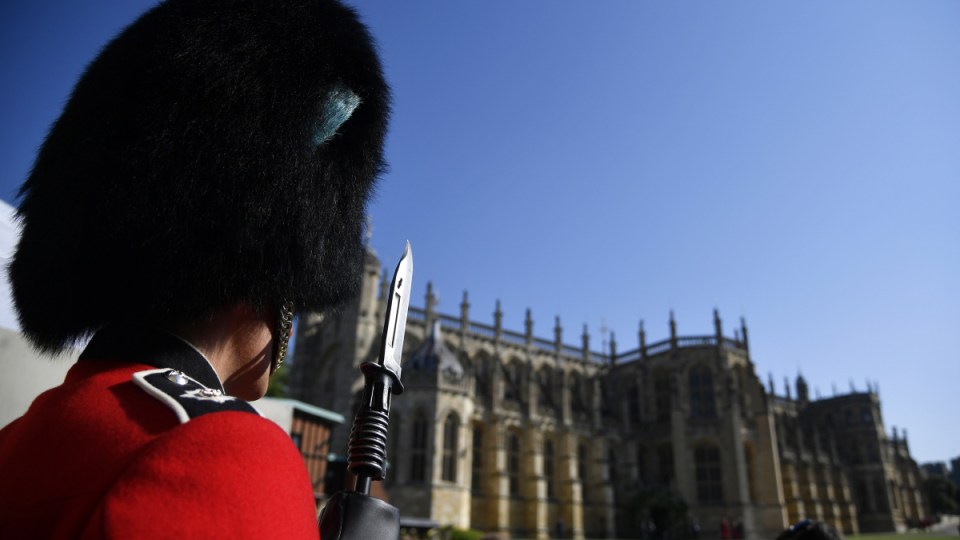 The Changing of the Guard ceremony has resumed at Windsor Castle. Photo: EPA

The Changing of the Guard ceremony has been performed at Windsor Castle for the first time since the pandemic began.

The 1st Battalion Grenadier Guards were given the honour of staging the event at the Queen’s Berkshire home in their familiar scarlet tunics and iconic bearskins.

The prestigious Household Division of the Army carries out state ceremonial and public duties such as Trooping the Colour, the State Opening of Parliament and mounting the Queen’s Guard at Buckingham Palace, the Tower of London and Windsor Castle.

But since March 2020, the Guardsmen of the Household Division have stopped all ceremonial activities to avoid gatherings of the public and help stop the spread of COVID-19.

During the pandemic, an “Administrative Guard Mount” was in operation where soldiers took up their sentry duty positions but ceremonies were not carried out as they changed over.

Guardsmen from the Household Division have been guarding the nation’s kings and queens since 1660 but they are also fighting soldiers when not performing ceremonial duties or are on operations or training.

During the pandemic, they remained busy manning Covid-19 testing sites and vaccine centres across the country and carrying out operational training.

Grenadier Guardsmen also took part in a revised version of the Queen’s Birthday Parade staged at Windsor and played a key role in the funeral of the Duke of Edinburgh.

Hundreds of tourists were in the grounds of Windsor Castle to watch as the Changing of the Guard ceremony was staged for the first time since last March.

It is understood arrangements are being made for the ceremony to resume at Buckingham Palace in due course.

Changing of the Guard back at Windsor Castle