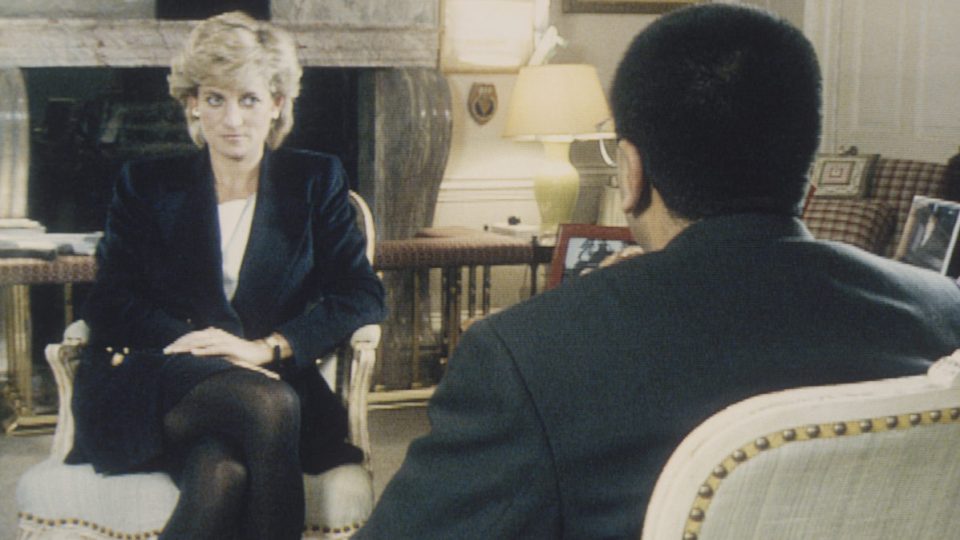 A damning official report exposing the ‘deceitful’ tactics used by BBC journalist Martin Bashir to secure Princess Diana for the most infamous interview of all time is at once both shocking and unequivocally immoral – but it’s also not surprising.

The daily, ruthless pursuit of Diana amid the era of her BBC Panorama interview in 1995 led desperate media folk to do desperate deeds.

The target in the hunt was the same, but the hunters in the game used different weapons.

We now know London-born Bashir, 58, who resigned from his role as the BBC’s Religion Editor just days before the report by retired senior judge John Dyson was handed down this week, harnessed the most potent, cunning weapon of them all.

His quest was to capture the trust of the already deeply vulnerable Princess so he used psychological warfare, inducing paranoia.

It came in the form of falsified bank statements relating to Diana’s former private secretary and another former royal household member that falsely suggested the individuals were being paid by the media for keeping the princess under surveillance.

How wonderfully pious and upstanding Bashir must have appeared, as he showed these documents to Diana’s trusted brother Earl Spencer. This wasn’t a tabloid reporter, this was a man from the Beeb in a suit.

Bashir is also accused of making up stories about the royal family to strengthen Diana’s belief there was a conspiracy against her. It was cruel in the extreme.

Bashir’s audacious stunt is impressive solely for his sheer nerve; his entire reputation and job was on the line as he tried to get Spencer “on side”, as they call it in the trade.

But this wasn’t a normal interview request, this was Mission Impossible on steroids. Diana had never spoken about her personal life on TV. Neither had any royal.

Bashir met Diana just days after his successful charade with Spencer and got her on camera two months later.

“There were three of us in this marriage, so it was a bit crowded,” Diana famously told the reporter, as 23 million Britons tuned in.

Bashir, the ambitious son of liberal Muslim immigrants from Pakistan, won awards for the interview and would forever use it as his calling card, securing his controversial interview with Michael Jackson in 2003 and working for multiple well-regarded TV outlets.

But his Machiavellian optics were just part of a wider culture of the ‘get Diana’ insanity.

Around the time of the interview I was a student journalist doing shifts on Fleet Street and I saw the Diana hysteria in real time. A Sunday tabloid photographer got a call early one morning from his hysterical picture editor saying; “She’s in the park! Get there now!”

He knew exactly what the editor meant. “I was totally hungover and kept puking in the bushes but I got the pictures,” he told me proudly later, having raced to the gardens outside Kensington Palace.

It was mostly grown men, literally losing their minds and often their dignity in their pursuit of their prey.

And now the BBC have to accept they, too, were part of this ghastly gang, with rogue reporter Bashir as the kingpin who won the main prize, with his dirty tricks carried out for his own ambitious ends.

So wrong that in the end the hunt ended in tragedy of course in the Point D’Alma tunnel. The pack killed off their very own golden goose.

Twitter users raged against the BBC as the report was released in London on Thursday, with estranged brothers, Prince Harry and Prince William, both making thundering statements of shock and awe. “Our mother lost her life because of this, nothing has changed,” Harry said.

Ironically, though, Bashir would have done fine without the Diana scoop on the top of his now ruined CV.

A few years ago a friend met Bashir at an event and found him to be disarmingly and naturally charming.

“I would have told him anything,” she sighed afterwards.

It’s now official that Bashir did indeed use a trap door to get to Diana and the BBC’s own failed 1996 enquiry into the matter – and subsequent cover-up – has also been exposed. But at least the truth has now finally emerged.

It serves as a salutary reminder of the high-risk deeds carried out amid the selfish, ultimately fatal war that raged so fiercely for a piece of Diana’s flesh at any cost.