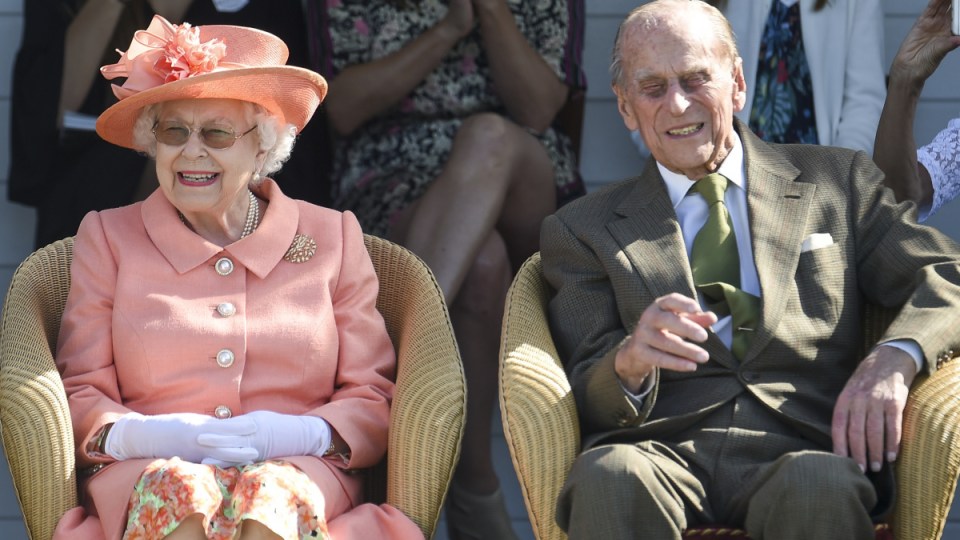 The Queen and Prince Philip at the Royal Windsor Cup polo match at Guards Polo Club on June 24, 2018 in Egham. Photo: Getty

On November 20, 1997, less than three months after Princess Diana’s death rocked the House of Windsor, the Queen and Prince Philip celebrated their 50th wedding anniversary at Banqueting House, the sumptuous survivor of a blaze that tore through the royal Palace of Whitehall in 1698.

At the luncheon, the Queen sang the praises of her husband, the Duke of Edinburgh: “He is someone who doesn’t take easily to compliments but he has, quite simply, been my strength and stay all these years, and I, and his whole family, and this and many other countries, owe him a debt greater than he would ever claim, or we shall ever know.”

Today the monarch’s words echo poignantly down the decades, following confirmation of the Duke’s death, aged 99, on April 9, 2021.

For his family, the Duke’s precarious health over the past couple of years – he retired from public duties in August 2017 – did not assuage their shock over the loss of a beloved father and husband.

World leaders, too, stood as one in paying tribute to the royal consort who, across his long life, attracted admiration and controversy, as well as a recent resurgence of public interest following the popular and critical success of the Netflix series, The Crown.

“Australians send our love and deepest condolences to her Majesty and all the Royal family,” Prime Minister Scott Morrison said in a statement.

“His Royal Highness The Duke of Edinburgh was, in the words of Her Majesty, Her ‘strength and stay’.”

The Lord High Admiral of the royal navy, RAF pilot, author and environmentalist, Prince Philip will mainly be remembered as the steadfast companion of the world’s longest-reigning living monarch throughout their 74-year union, the most enduring royal marriage in recorded history.

Born on June 10, 1921, on the kitchen table of his family’s summer house in Corfu, Greece, he was the youngest of five children and only son of Prince Andrew of Greece and Denmark, and the British-born German princess, Alice of Battenberg. Ahead for the tow-headed Prince of Greece and Denmark was a tumultuous childhood.

The year after Philip’s birth, his uncle, King Constantine I of Greece, abdicated amid political turmoil, and Prince Andrew was forced to flee with his wife and children.

A Royal Navy ship was sent to collect the royal refugees and, in a fairytale twist, baby Philip was spirited to safety in a padded orange box.

“lt is often said that he walked his first baby steps on the deck of the British warship,” wrote Philip’s cousin, the former Queen Alexandra of Yugoslavia, in her 1960 biography, Prince Philip: A Family Portrait.

“The sailors who tucked him up could not have guessed that he would one day marry their future Queen, then unborn, and father a British king of perhaps the year 2000 plus.”

Safe but penniless, the family settled in Paris, but further upheaval ensued when, in 1930, Philip’s mother Alice was diagnosed with schizophrenia and committed against her will.

It sparked his parents’ separation and the decision to send nine-year-old Philip, nicknamed ‘Bubbikins’ by his mother, to live in England with Alice’s brother, Lord Mountbatten. The Battenberg family name had been anglicised to Mountbatten in 1925, amid anti-German sentiment.

‘Uncle Dickie’, as he was affectionately dubbed, became a powerful influence in Philip’s life, and would go on to also become Prince Charles’ mentor.

Tragedy pursued Philip into his teens: In 1937, the 16-year-old was pulled out of class at his Scottish boarding school, Gordonstoun, to learn that his sister, Cecilie, and her entire family had died in a plane crash.

“I just had to get on with it,” the Duke once reflected of his traumatic childhood. “You do. One does.”

Two years later heralded a turning point: He joined the Royal Navy as a cadet, and met his future wife one rainy summer’s day. The 13-year-old Princess Elizabeth had accompanied her parents, King George VI and Queen Elizabeth, and her sister, Princess Margaret, 9, on a visit to the Royal Naval College at Dartmouth.

“It was my Aunt Elizabeth (the Queen Mother) and Uncle Dickie who put their heads together and presently hauled Philip out of chapel to help squire the two little girls,” recalled his cousin, Alexandra, in her 1960 book.

“He politely said ‘How do you do?’ munched ginger crackers and drank lemonade, and then suggested, ‘Let’s go and have some fun. How about a game of croquet?’”

With Uncle Dickie all for the match, Philip and the princess began corresponding, but romance didn’t blossom until after the war, with the palace officially announcing the engagement in July 1947 – once Philip had renounced his name, religion and nationality.

Despite some grumbling about the appropriateness of a royal wedding in an austere, post-war economy, the couple – both great-great grandchildren of Queen Victoria – exchanged vows at Westminster Abbey on November 20, 1947.

“Our daughter is marrying the man she loves,” declared King George VI at the wedding breakfast, as the princess bride glowed in a gown embroidered with flowers to represent hope and rebirth after the bleak season of war.

Quiet years followed in Malta, where Philip was posted, but news of the King’s early death in 1952, and Elizabeth’s imminent accession upended their lives.

“Where did you get that hat?” legend has it he quipped of her priceless crown at her 1953 coronation, where he swore to be her “liege man of life and limb and of earthly worship”.

The stage was set; Philip knew who was in the spotlight and adjusted his life accordingly (though reports of discord between husband and wife abounded in the late 1950s, these soon faded).

The Duke “totally put his personal career aside to support her, and he never takes the limelight, never oversteps the mark,” Prince William has said of his grandfather.

Not everyone felt so warmly about the Duke, who was infamously gaffe-prone and tactless. Toasting his 50-year marriage in 1997, he didn’t seem to deny it: “Tolerance is the one central ingredient of any happy marriage,” he shared.

“And you can take it from me that the Queen has the quality of tolerance in abundance.”

As for Philip, he embodied duty and devotion, to the point of almost merging with his wife.

History will remember him as truly her other half, something he seemed to intuit in a letter he wrote two weeks after their wedding.

“Lilibet is the only thing in this world which is absolutely real to me,” he wrote to the Queen Mother, according to royals author Ingrid Seward. “And my ambition is to wield the two of us into a new combined existence.”