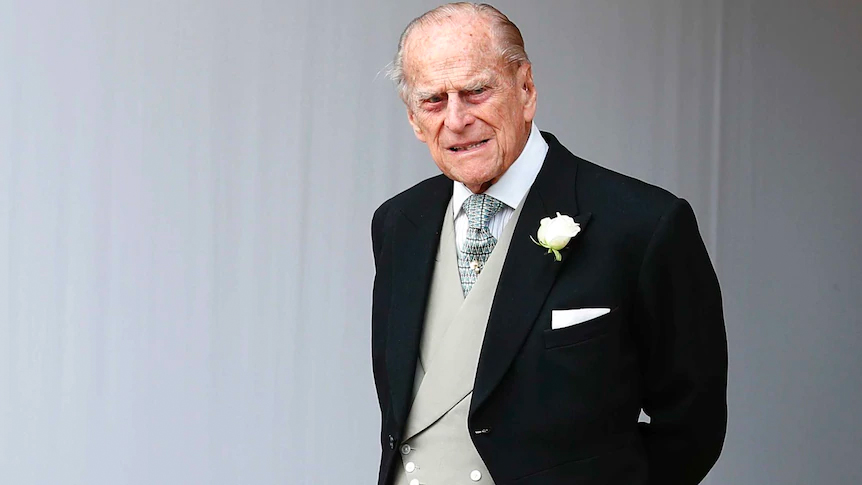 When any senior member of the British royal family dies it is a significant occasion for the nation and the Commonwealth, and the death of the Duke of Edinburgh will be no exception.

As the royal consort, he is entitled to a full state funeral at Westminster Abbey in London, as well as a period of time lying in state.

However, Prince Philip’s own wishes for a “no-fuss” send-off will mean the commemorations for the 99-year-old are curtailed significantly.

And COVID-19 restrictions still in place in the UK could mean some events may not happen at all.

Prince Philip will be mourned officially

Just as if the Queen had died, the United Kingdom will enter a state of national mourning.

This will last until the duke’s funeral, which itself may be brought forward due to COVID-19.

Flags around the country will be lowered to half mast at government buildings and military facilities, with a focus on naval flags, given Prince Philip’s close ties with the Royal Navy.

Members of parliament will be required to wear black armbands on their left arm, and male MPs will have to wear black ties, while the ceremonial mace that sits in the House of Commons will be draped in black or have a black bow fastened to it.

How these rules will be adhered to with the current partially virtual parliament remains unclear.

Councils across the UK will be encouraged to scale back official business through the period of mourning.

The Queen herself will enter a period of mourning of up to eight days, where she will not conduct any affairs of state, and laws will not be given royal assent.

The official period of royal mourning can be 30 days, after which the Queen will return to her former duties.

Will Prince Philip lie in state

Westminster Hall in the Houses of Parliament is reportedly always ready to host a lying in state, an honour given to the sovereign, the current or past consort, and, occasionally, former prime ministers.

It allows the public to view the coffin and pay their respects to the deceased before the funeral service.

The last time it happened was for the death of Queen Elizabeth, the Queen Mother, in March 2002.

But from all accounts, Prince Philip has declined the option and his body is likely to lie at nearby St James’s Palace, where Princess Diana’s body lay for several days before her funeral in 1997.

The public will not be allowed to view the body, with just family members expected to be able to do so.

Prince Philip’s funeral could be wound back

As consort, Prince Philip could have a state funeral at Westminster Abbey, which would include a military procession and a gun carriage drawn by the Royal Navy.

But the duke’s preferred “no fuss” option is likely to be a much smaller ceremony at St George’s Chapel in Windsor Castle – the same venue where his grandson Prince Harry married Meghan Markle in 2018.

Having served in the Royal Navy, Prince Philip will likely receive a military funeral, but due to COVID-19 it will be toned down and feature a guest list of only 30 – meaning mainly other members of the royal family, and potentially some heads of state from Commonwealth countries.

Traditionally, the funeral would not take place on a Sunday or bank holiday.

However, again, due to COVID-19 this could also change.

It is expected Prince Philip will be buried at the Royal Burial Ground, a cemetery used for members of the royal family on Frogmore Estate, which is part of Windsor Home Park and not far from Windsor Castle.

Edward VII, who abdicated in 1936, is buried there, and the burial ground surrounds the Royal Mausoleum, which houses the tomb of Queen Victoria and Prince Albert.

Most other consorts to monarchs are buried in Westminster Abbey or St George’s Chapel, where the Queen is most likely to lie upon her death.

Prince Philip, the Duke of Edinburgh, has died at age 99. Here’s what happens next