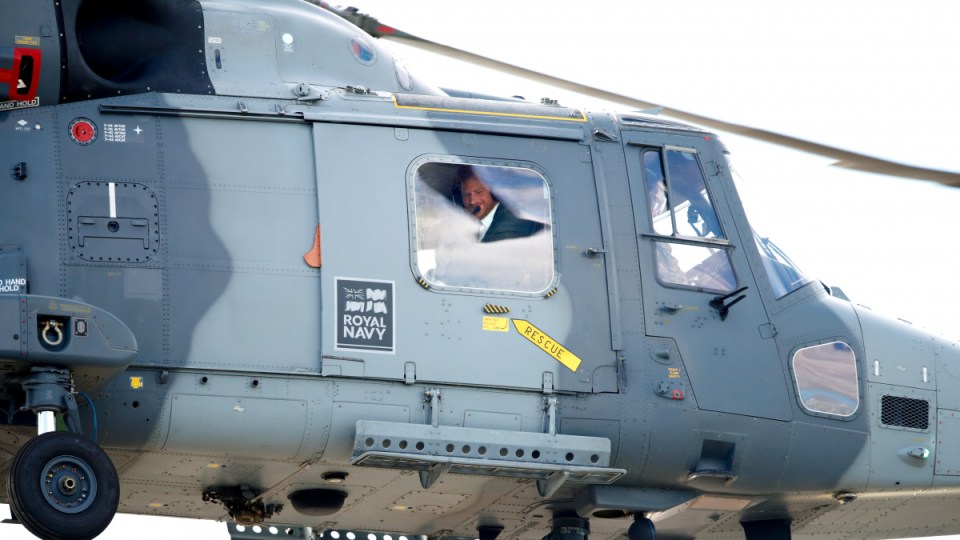 The Duke of Sussex inside a Royal Navy Wildcat Maritime Attack Helicopter as he departs The Royal Marines Commando Training Centre in 2018. Photo: Getty

The Duke of Sussex has accepted an apology and “substantial damages” from the publisher of MailOnline and the Mail On Sunday over “baseless, false and defamatory” allegations he snubbed the Royal Marines after stepping down as a senior royal.

Harry sued Associated Newspapers for libel over two “almost identical” articles published in October, which claimed he had “not been in touch … since his last appearance as an honorary Marine in March”.

At a brief, remote High Court hearing on Monday (local time), the Duke’s lawyers said Associated Newspapers have accepted the allegations were false “albeit after considerable damage was already done”.

Jenny Afia, representing the duke, said Harry was donating his damages to the Invictus Games Foundation “so he could feel something good had come out of the situation”.

She said Harry was “proud to have served in the British armed forces for 10 years in Her Majesty’s name” and “has maintained active links with those forces ever since and will continue to do so in the future”.

The two articles, published on October 25, claimed “exasperated top brass” were considering replacing Harry as Captain General of the Royal Marines because he “has not been in touch by phone, letter nor email since his last appearance as an honorary Marine”.

At Monday’s hearing, Ms Afia told Mr Justice Nicklin that the two articles “reported that the Duke of Sussex had turned his back on the Royal Marines, had snubbed the British armed forces and ignored correspondence from Lord Dannatt, a former chief of the general staff”.

“All of these allegations are false, as the Mail on Sunday and the MailOnline have now accepted, albeit after considerable damage was already done,” she said.

“The truth is that the Duke of Sussex has made repeated and concerted efforts to continue to support the Royal Marines and other members of the armed forces and their families over the past year, even though he was required to step back from his formal military roles in the ‘year of transition’ during which he must take a reduced role as a member of the royal family.”

The latest court case comes as Harry’s wife Meghan Markle lashed out at the media on Monday after pictures of her son’s birth certificate emerged on the weekend showing a name change made a month after his birth.

The Duke and Duchess of Sussex took aim at a “carnival of so-called ‘experts’” wheeled out by the British press, as more media reports hinted at a growing rift between the young family and the royal family.

British tabloid The Sun on the weekend began circulating pictures of Archie’s birth certificate, which showed in June 2019, a month after he was born, Meghan’s name was altered to “Her Royal Highness The Duchess of Sussex”.

Her given names – Rachel Meghan – were removed from the start of the title.

Prince Harry’s title also got an update on the certificate. It was updated to include “Prince”, becoming “His Royal Highness Prince Henry Charles Albert David Duke of Sussex”.

In late December, the Mail On Sunday printed an apology, accepting the duke had been in touch with the Royal Marines, and said it had made a donation to the Invictus Games Foundation, which runs the competition for wounded, injured or sick servicemen and women set up by Harry in 2014, the BBC reported.

But Ms Afia criticised the apology, according to the BBC report, saying it “used wording which significantly underplayed the seriousness of the accusations made against him”.

She also said the Mail on Sunday offered to directly donate the duke’s damages, but Harry wanted to do it himself.