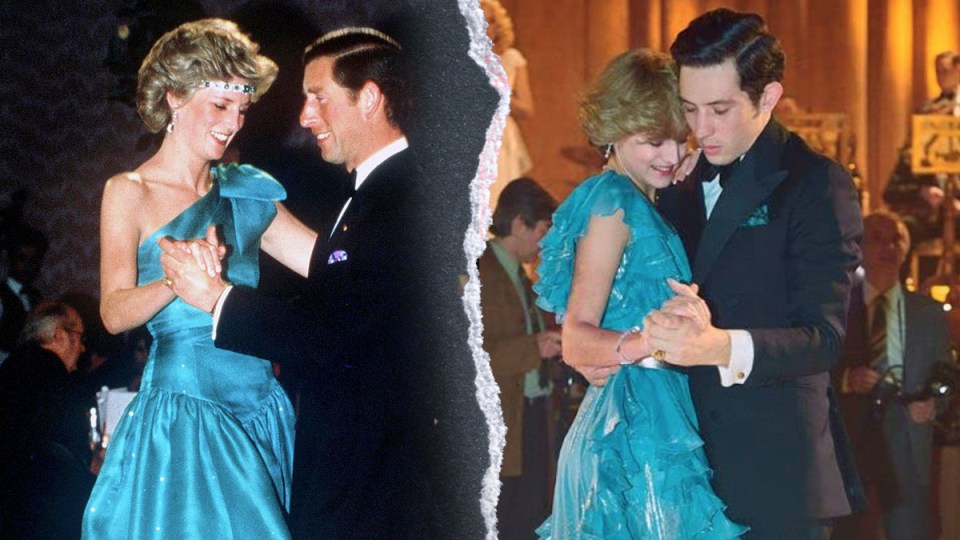 Netflix's The Crown has been criticised for mixing too much fiction in with its facts. Photo: Getty / IMDB / TND

Season four of Netflix’s The Crown has claimed the throne as the show du jour, but just how much is the TV drama embellishing in the name of entertainment?

They say you should never let the truth get in the way of a good story, and it seems like producers for The Crown have heeded this advice.

Widely praised for its ability to grippingly retell many memorable, historic events, the show’s fourth instalment has successfully drawn in an impressive viewership.

But critics have slammed the series for twisting the truth and taking excessive creative liberties in their reimagining, leaving viewers unable to tell fact from fiction.

First and foremost, The Crown is based on true events and real people, but the show’s historical consultant, Robert Lacey, said truth and entertainment don’t always go hand in hand.

“There are two sorts of truth. There’s historical truth and then there’s the larger truth about the past,” Lacey told Town and Country.

Josh O’Connor, who plays Prince Charles, agreed that while the show portrays events “based in some reality”, the team was still “creating a work of fiction”.

“After a time, you just got to crack on and create something for yourself,” O’Connor said.

Now that the show has added the People’s Princess, Lady Diana Spencer, and Margaret Thatcher played by Gillian Anderson into the mix, viewers are dying to know if the details of the royals’ daily lives are as dramatic as they seem.

If you’re late to the coronation and haven’t yet watched season four, you may wish to avert your eyes since the following will contain spoilers.

Royal biographer and friend of Princess Diana, Andrew Morton, said The Crown had found its jewel in Emma Corrin, and praised her ability to capture the young aristocrat.

“I think Emma Corrin’s performance is far and away the most accomplished and realistic portrayal of Diana I have seen,” Morton wrote  in a statement to Vanity Fair.

“There have been many Diana depictions in movies and TV series over the years and they have always struggled with the wig. Not this time.”

As for whether or not a 19-year-old Lady Di really donned her best roller-skates to glide through Kensington Palace, The Crown producer Oona O’Beirn said she did.

“It’s hard to do on some of those carpets. I think she probably stuck to less interesting bits of the palace, but we wanted to set it in the bits of the palace we’d already seen. It reminds you that Diana was only 19 at that time,” O’Beirn told Vogue.

Corrin also added that the roller-skating scene seemed to fit with the Princess’s spirit and fun-loving nature.

“Do you know what, it was that kind of thing, it was the roller-skating, the sense of fun that she obviously had before she became royal and that she kind of maintained, that I think was quite rare.”

According to Mr Fagan, the break-in went a little differently to what was depicted in the show.

He told The Telegraph  that the Queen’s bedroom looked different to the one created on the show, and said he never chatted to her about Mrs Thatcher.

Instead, she said “I’ll be back in a minute” and “walked out on her little legs” while a footman offered him a drink.

The dramatic scene in which Mr Fagan was wrestled to the ground also never took place.

“The policemen came and they were all over the place – they hadn’t arrested anyone for years. They were on a retirement posting, on guard duty,” Mr Fagan said.

“One of them was fumbling around for his notebook.”

That dude that broke into the Queen's bedroom and told her this…. working class hero! pic.twitter.com/yzcOOxTHfx

A letter from a Lord

The first episode depicts the murder of Lord Mountbatten, who was killed when an IRA bomb explodes on his boat.

This event did happen, although in real life, Mountbatten initially survived the explosion but died on his way to shore.

Another creative licence taken is the letter written to Prince Charles that dissuades him from potentially having an affair with Camilla as it would bring “ruin and disappointment” to the family, and demands he marry “some sweet and innocent well-tempered girl with no past”.

The Crown creator, Peter Morgan, admitted he embellished the moment based on his research.

“I made up in my head – whether it’s right or wrong – what we know is that Mountbatten was really responsible for taking Charles to one side at precisely this point and saying, ‘Look, you know enough already with playing the field. It’s time you got married and it’s time you provided an heir’,” Morgan said.

“I think everything that’s in the letter that Mountbatten writes to Charles is what I really believe – you know, based on everything I’ve read and people I’ve spoken to, that that represents his view.”

lord mountbatten's death and his last letter for charles had a big impact on his decision to stop his forbidden affair w/ camilla pic.twitter.com/FJaSm00lqW

The 1981 meeting between Prince Charles and a 16-year-old Lady Diana was another scene that was slightly skewed in the series.

In The Crown, Prince Charles pursues Diana and invites her to the family’s Balmoral estate in Scotland.

But archival interviews with Princess Diana shown in the documentary Diana: In Her Own Words, suggest Prince Charles may have been slightly more awkward and aggressive in his approach.

“We were talking about [the death of] Mountbatten and I said, ‘You must be so lonely.’ I said, ‘It’s pathetic watching you walking up the aisle with Mountbatten’s coffin in front, ghastly, you need someone beside you.’ Whereupon he leapt upon me and started kissing me and I thought, ‘Urgh, this is not what people do’,” Diana said in the interview.

“And he was all over me for the rest of the evening, following me around like a puppy.”

Season four of The Crown is now streaming on Netflix.

The Crown: How much of Netflix’s royal drama is rooted in reality?