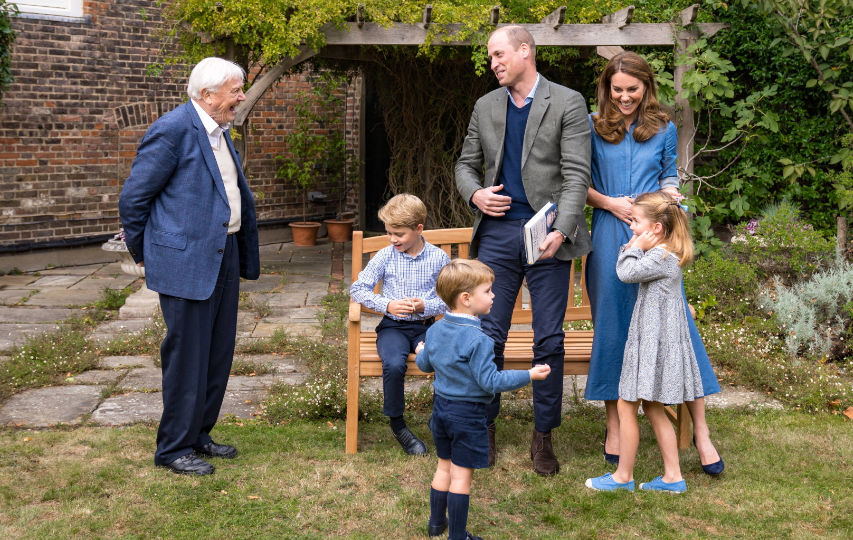 Third-in-line to the throne Prince George and his younger sister and brother have appeared in rare video footage asking David Attenborough questions about extinction, spiders and the naturalist’s favourite animals.

Pictured in a red school polo shirt, George says: “Hello David Attenborough, what animal do you think will become extinct next?”, while his sister Charlotte, in a grey school dress, reveals she likes spiders. “Do you like spiders too?,” she asks.

Last month, Attenborough was pictured in the gardens of Kensington Palace after joining the young family to watch an outdoor screening of his film David Attenborough: A Life On Our Planet.

To celebrate that occasion, the naturalist gave George a fossilised shark tooth but the gift sparked controversy when Malta, where Attenborough discovered the fossil, initially asked for it to be returned before saying the prince could keep it.