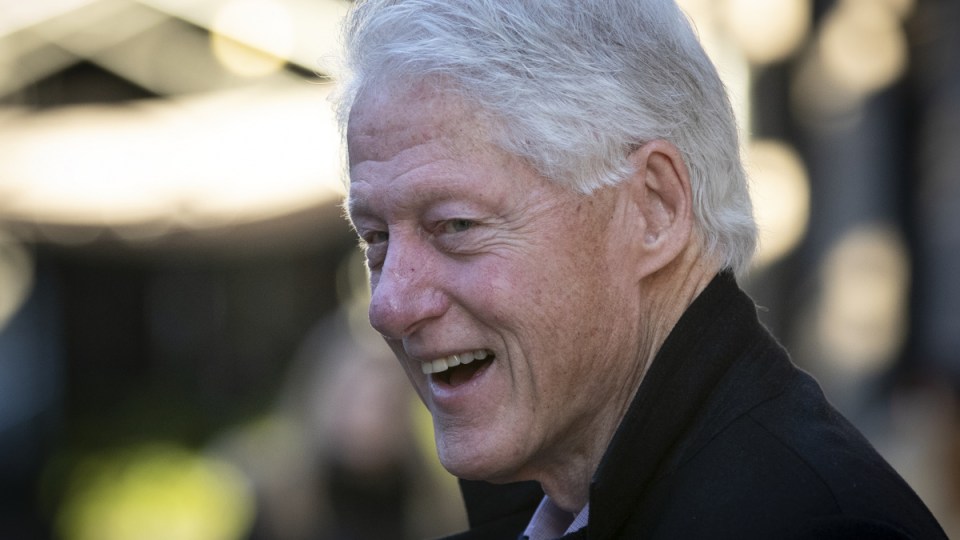 Clinton has consistently denied any involvement in the Epstein pedophile scandal. Photo: Getty

Former US president Bill Clinton has been forced to defend claims he visited Jeffrey Epstein’s ‘Paedophile Island’ after allegations resurfaced in Netflix’s latest docuseries on the late financier.

On Thursday, Angel Urena, a spokesman for Mr Clinton, said there was no evidence linking him to the private Caribbean island.

“This was a lie the first time it was told, and it isn’t true today, no matter how many times it’s repeated.” Mr Urena told The Sun.

Mr Clinton has previously admitted to flying in Epstein’s private jet nicknamed ‘the Lolita Express’, but vehemently denies any involvement in the alleged paedophile ring.

Another day, another lie. https://t.co/6MokiKrRTX

While Mr Clinton maintains his connection with Epstein was above board, it seems Prince Andrew’s friendship with the convicted sex offender was more sinister, revolving around X-rated island getaways and poolside foreplay.

The Duke of York and Epstein were introduced in 1999 by Epstein’s then-girlfriend, British socialite Ghislaine Maxwel. She has since been accused of luring underage girls for Epstein to abuse.

From their first meeting in 1999, the Prince met Epstein at his properties in New York, Florida and the Virgin Islands at least 10 more times.

Virginia Roberts Giuffre, one of Epstein’s underage victims, claimed she was also ordered to have sex with Prince Andrew in three separate instances.

The Duke allegedly joked to Ms Giuffre that his own daughters, Princess Eugenie and Princess Beatrice, weren’t “far off your age”.

After attending Tramp nightclub in London later that night (where he “sweated profusely over” Ms Giuffre), the teenager was taken back to Ms Maxwell’s home where she was told to have sex with the Duke.

Prince Andrew has denied all allegations and maintains he has never met Ms Giuffre.

“Ghislaine said, ‘He’s coming back to the house. And I want you to do for him (Prince Andrew) what you do for Epstein.’” Virginia Roberts Giuffre shares details about her previous encounter with Prince Andrew at Ghislaine Maxwell’s London townhome. pic.twitter.com/IZVYaIfdTt

In 2006, Epstein attended Princess Beatrice’s 18th birthday at Windsor Castle, just two months after a warrant was issued against him for sexual assault of a minor.

In a Florida court in 2015, Ms Giuffre confirmed that she was on the infamous island, and took part in group sex with Epstein, the Prince and eight other young women.

“I was around 18 at the time. Epstein, Andy, approximately eight other young girls, and I had sex together. The other girls all seemed and appeared to be under the age of 18 and didn’t really speak English.” Ms Giuffre said.

Ms Giuffre was also spotted on the island by a former Epstein employee, Steve Scully, who claims he witnessed Prince Andrew “grinding” against her.

The now 36-year-old also said she was required to have sex with the Prince on another occasion at Epstein’s Manhattan mansion.

But despite Epstein’s 2008 arrest, in which he pleaded guilty to procuring an underage girl for prostitution and soliciting a prostitute, the Prince maintained the friendship.

Two years after the arrest, a video published by The Daily Mail, showed Prince Andrew at the millionaire’s Manhattan property, peering from behind the door as he waves a woman out.

Things came to a head during the latter half of 2019, when Epstein was arrested in July for sex trafficking minors from Florida and New York.

Facing growing criticism over his association with Epstein, who died by suicide in August, the Duke did an interview with BBC at Buckingham Palace, defending the friendship.

“The people that I met and the opportunities that I was given to learn either by him or because of him were actually very useful,” Prince Andrew said of Epstein.

Just a few days after the train-wreck November interview, the Duke released a statement announcing he was stepping back from royal duties for the foreseeable future.