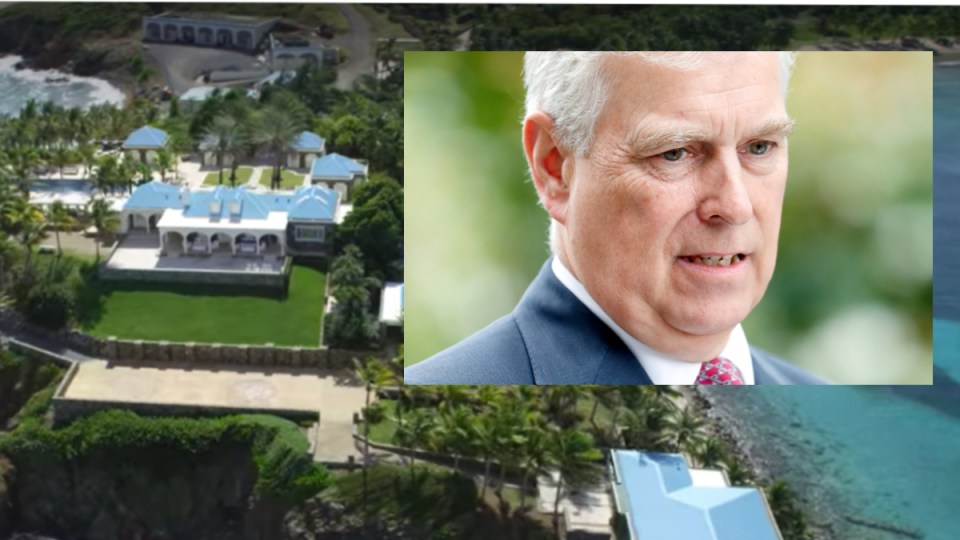 A former worker for Jeffrey Epstein claims he saw Prince Andrew (inset) in a pool on the private island. Photo: Netflix/ Getty

A former employee of Jeffrey Epstein has claimed he saw Prince Andrew “grinding” up against a victim of the paedophile American financier.

Steve Scully said he saw Andrew and a young woman – he said he now knows to be Virginia Giuffre – “engaged in foreplay” in the pool on Epstein’s private island in the Caribbean.

Ms Giuffre, also known as Virginia Roberts, has in the past alleged she was ordered to have sex with Prince Andrew after being trafficked to the UK by financier Epstein.

She alleges Prince Andrew had sex with her on three separate occasions, including when she was 17 – a minor under US law.

The prince categorically denies he had any form of sexual contact or relationship with Ms Giuffre.

In a new Netflix documentary, the woman – who moved to Australia after escaping what she called “paedophile island” – alleges that when she first met Prince Andrew he joked with her that she was not that much older than his own daughters.

Epstein’s former telecommunications worker also provided new details which appear to back up the assertion that Andrew had sexual contact with Ms Giuffre.

“Jeffrey hung out with a lot of powerful and well known figures, both politically and financially and British royalty,” Mr Scully says in Jeffrey Epstein: Filthy Rich.

“It was probably around 2004 I saw Prince Andrew, he was at the pool, he was with, at that time, an unknown girl to me.

“She was young, she didn’t have any top on, they were engaged in foreplay, he was grabbing her and grinding against her.”

Mr Scully said he worked on Epstein’s property in the US Virgin Islands on maintenance and telecommunications, adding that the billionaire had wanted his “own cell phone network”.

He said he quit after someone else asked him to think about whether it was the kind of place he would want his own young daughters visiting.

“You tell yourself that you didn’t know for sure and you never really saw anything but that’s just all rationalisation,” Mr Scully says in the documentary.

“Jeffrey Epstein, he was a guy that concealed his deviance very well, but he didn’t conceal it that well.”

Epstein victims have urged Andrew to come forward and be interviewed by FBI and US prosecutors about his friendship with the convicted sex offender, who took his own life last year.

US lawyer Geoffrey Berman, who is leading the Epstein inquiry, said in March that the prince had “completely shut the door on voluntary co-operation” with the investigation.

The duke stepped down from royal duties last November following a disastrous television interview about his friendship with Epstein.

In response to the Netflix allegations, a spokeswoman for the lawyers representing the Duke of York repeated that Prince Andrew had no recollection of ever having met Virginia Roberts (Guiffre).