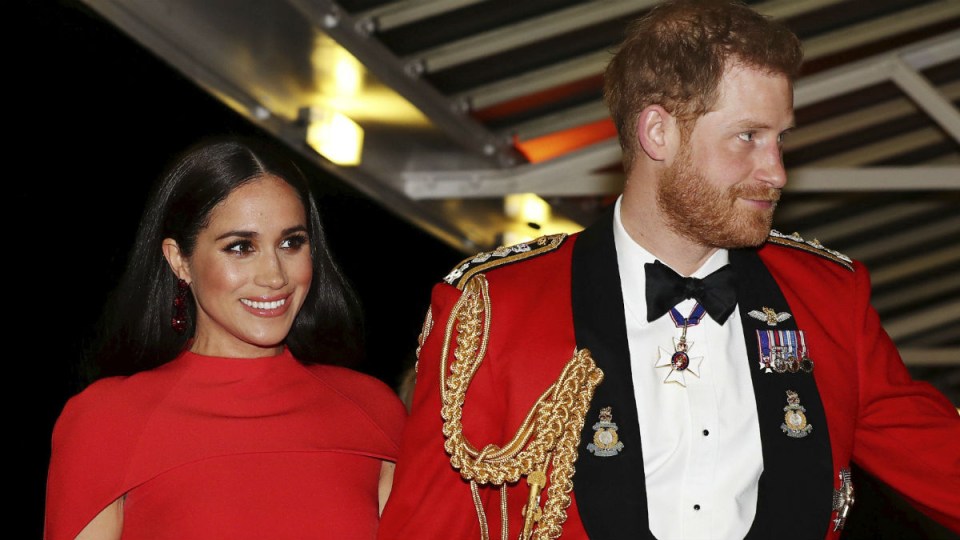 Harry and Meghan have reportedly moved to the US after a brief stint in Canada. Photo: AAP

Britain’s Prince Harry and wife Meghan Markle say they have made “privately funded security arrangements” following their move to the US.

The Sussexes are reportedly settled in Los Angeles, after leaving the Canadian island they have called home since before Christmas 2019.

But the cost of their private security – estimated to run to millions of dollars a year – remains contentious. US President Donald Trump took issue with it over the weekend, declaring: “They must pay!”

The prince and his wife stunned the royal family in early January with their announcement they would step down from their roles as senior royals. That will happen on March 31.

Canada had been picking up part of the tab but said it would cease doing so when Harry and Meghan stood down as working royals.

Reuters reported in February that the Royal Canadian Mounted Police had been assisting London’s Metropolitan Police with security for Harry and Meghan “intermittently” since November, when the couple began a six-week vacation in Canada.

A spokeswoman for the couple said later: “The Duke and Duchess of Sussex have no plans to ask the US government for security resources. Privately funded security arrangements have been made.”

I am a great friend and admirer of the Queen & the United Kingdom. It was reported that Harry and Meghan, who left the Kingdom, would reside permanently in Canada. Now they have left Canada for the U.S. however, the U.S. will not pay for their security protection. They must pay!

The Sussexes are thought to have moved to the US, with their infant son Archie, after returning from their last royal engagements in Britain in early March. Britain’s Sun newspaper reported last week the couple took a private flight to Los Angeles but did not say when.

There is no indication that either Harry or the British government had asked the US government to cover security costs.

Earlier in March, the US and Canada agreed to close their border to non-essential travel at land crossings to ease the strain on health systems caused by the coronavirus oubreak.

The duchess was raised in the Los Angeles area and her mother, Doria, still lives there.

Meghan, who married Prince Harry in 2018, criticised Mr Trump during his 2016 election campaign as misogynistic and divisive.

But he also wished her well in her new life as a British royal.

Walt Disney Co said last week that Meghan had narrated a nature documentary that would be released on its Disney+ streaming platform on April 3.