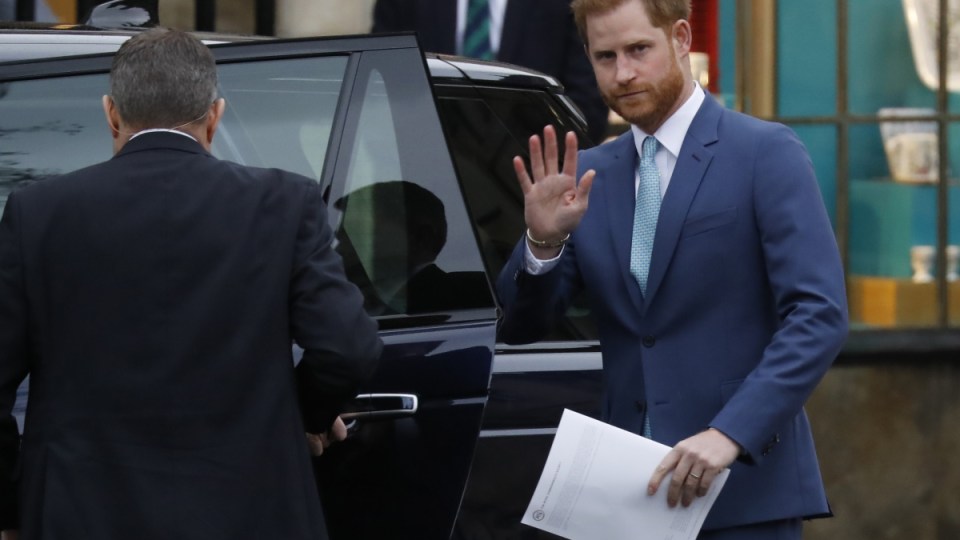 Prince Harry has been duped into speaking about his decision to quit the royal family by Russian hoaxers posing as activist Greta Thunberg.

During two phone calls recorded by the pranksters, Harry also claimed that US President Donald Trump has “blood on his hands”, British media has reported.

The Duke of Sussex also described British Prime Minister as Boris Johnson as a “good man” but as someone who is set in his ways.

The phone conversations, said to have been made by comedians Vladimir Kuznetsov and Alexey Stolyarov – known as Vovan and Lexus – took place on New Year’s Eve and January 22.

In the two calls, they tricked Harry into believing he was speaking to 17-year-old climate change activist Greta and her father.

Speaking about his decision to step down as a senior royal, the duke told the pranksters: “Sometimes the right decision isn’t always the easy one”, the Sun reported.

“I think there’s a hell of a lot of people around the world that can identify and respect us for putting our family first.”

Revelations of the prank calls came just days after Harry and his wife, Meghan Markle, completed their last engagements as senior royals.

She has reportedly already returned to Canada, where the couple have been based since December 2019.

The prince also said he had no regrets about deciding to quit his royal role.

“You forget, I was in the military for 10 years, so I’m more normal than my family would like to believe.”

An extract from one of the recorded calls was published on YouTube, along with an animated cartoon of Harry.

In the audio, a voice that is reportedly the duke’s tells the hoaxers the world is being led by “some very sick people”.

“The fossil fuel industry and certain presidents around the world are driving completely the wrong agenda,” he says.

“I think the mere fact that Donald Trump is pushing the coal industry so big in America, he has blood on his hands.

“Because the effect that that has on the climate and the island nations far, far away – again out of sight, out of mind.”

According to the Sun, the duke told the prankster posing as Greta that the activist was “one of the few people” who could reach into Mr Johnson’s “soul” and get him to believe in her cause.

During the call, the hoaxers joked about reading about the royals, to which Harry replied: “I can assure you, marrying a prince or princess is not all it’s made out to be.”

Asked about his uncle the Duke of York’s friendship with paedophile Jeffrey Epstein, Harry said: “I have very little to say on that.