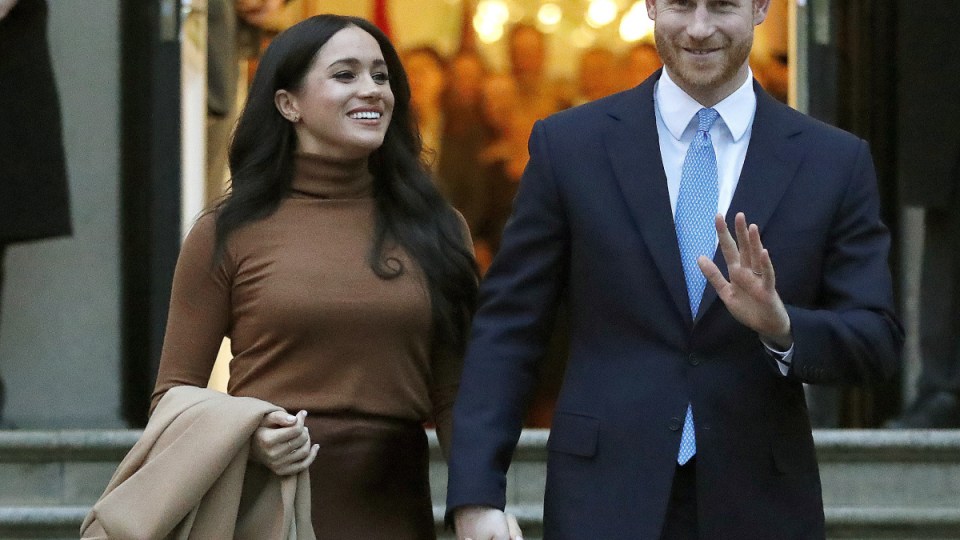 Harry and Meghan are facing a pricey problem now that Canada will no longer pay for their security.

With the soon-to-be-former senior royals unwilling to fork out for private protection, concerns are mounting about who exactly will cover the cost for the Sussexes’ round-the-clock protection.

Security experts have placed the annual security bill in the tens of millions, with many reports suggesting it will cost between £10 million ($20 million) and £30 million ($60 million) a year.

Despite the couple’s commitment to becoming financially independent, they have been relying on both Canadian and British taxpayers to foot the bill for their security team since their arrival in Vancouver in November.

It is still unclear if British taxpayers will continue to pay for Harry and Meghan’s protection once the pair officially step back from royal duties on March 31.

While Buckingham Palace refused to speculate on security plans in a January 18 statement, Harry and Meghan have said it is agreed that the “Duke and Duchess of Sussex will continue to require effective security to protect them and their son.”

“This is based on the Duke’s public profile by virtue of being born into the Royal Family, his military service, the Duchess’ own independent profile, and the shared threat and risk level documented specifically over the last few years,” the pair said in a statement on their website..

“No further details can be shared as this is classified information for safety reasons,”

The Sussexes have maintained a low profile since moving into a $14 million mansion in Vancouver.

The pair have been guarded 24 hours a day by a detail of 15 armed and highly-trained “close protection” experts.

British newspaper The Mirror claimed to have seen an internal Scotland Yard report which revealed a “staffing crisis” within the squad that protects the royals.

“In their current state, the plans are unworkable. Harry and Meghan’s situation has called for a complete ripping up of the rule book and they are acting like none of the rules apply to them,” Dai Davies, a former head of the royal protection unit, was quoted as saying by The Mirror.

“There is already a severe lack of trained officers and this is only adding to the [Metropolitan Police’s] woes,” he said.

Since moving to Canada, Harry and Meghan have also taken solo trips between Vancouver, the US and Britain – requiring up to three separate security teams in different cities.

The couple’s future role has been subject of intense public scrutiny in Britain. There has been much debate about the extent to which they should be able to commercialise the royal brand while living independently, at least partly abroad.

The Canadian government’s refusal to pay once the pair officially step back follows the Queen’s ban on their intended use of the Sussex Royals brand.

Harry and Meghan made applications to trademark ‘Sussex Royal’ when they announced their royal retirement back in January, despite agreeing to forgo their HRH titles.

The Queen has reportedly blocked their applications to use the title once they are no longer working members of the royal family.

As things stand, Harry and Meghan use the Sussex Royal brand extensively.

The couple’s Instagram account, which has more than 11.2 million followers, uses the name sussexroyal (and had not yet been modified as of February 28), as does their website.

These will have to be rebranded.

Harry has spoken of his sadness at being forced to give up his royal duties, saying there was no other option if he and Meghan, an American actor, were to seek an independent future away from stifling media intrusion.

Prince Harry started his last round of royal duties on an informal note this week, making it clear the audience at a summit in Scotland should simply call him Harry.

Although Harry will no longer be known as His Royal Highness, he will still be a prince.

Before his speech on sustainable travel in Edinburgh on Wednesday, event host Ayesha Hazarika told delegates the Duke of Sussex did not want to to be addressed formally.

“He’s made it clear that we are all just to call him Harry,” she said.

Harry and Meghan are out in the cold. Security-wise, that means a chilling cost