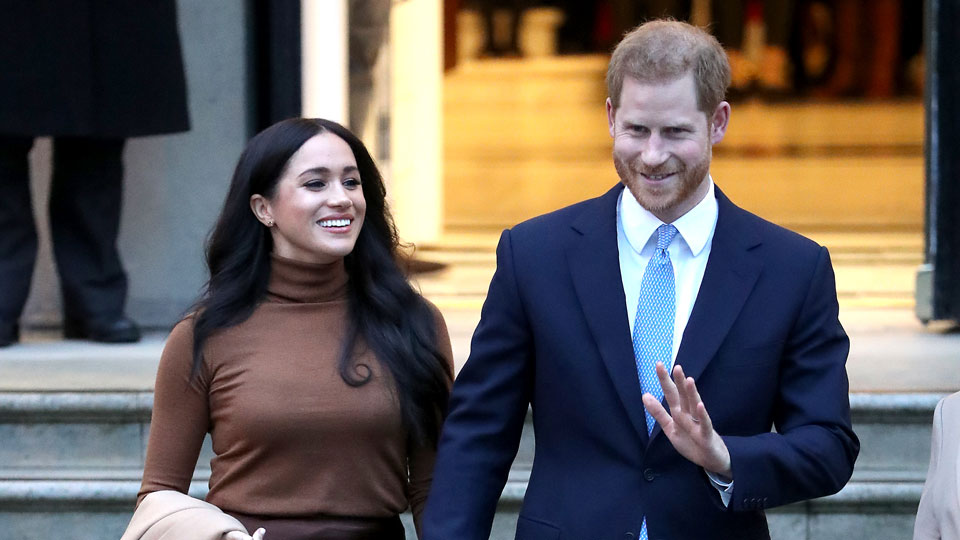 Meghan and Harry on their final job as senior royals, in London on January 7. Photo: Getty

During the first public appearance of the Sussexes since announcing they were quitting the royal family, the Duke of Sussex has reportedly revealed he has been in therapy for the past few years coping with the loss of his mother, Princess Diana.

Before Harry gave an emotional speech at a JP Morgan-sponsored alternative investment summit in Miami, Florida on Friday local time, American breakfast show presenter Gayle King, (who attended Meghan’s baby shower in New York), introduced the duchess who spoke about her love for Harry before he took to the podium.

The annual event, at 1 Hotel in Miami’s South Beach where the penthouse alone cost $US45,000 ($67,000) a night, was attended by billionaires, high rollers and celebrities.

Prince Harry told the audience he did not regret stepping down as a senior royal, as he did not want Meghan and son Archie to experience what he went through when younger.

It is not known if the duke, who in a decision dubbed Megxit chose financial freedom over being a member of the monarchy, was paid for the speaking engagement but speculation is rife he could have received a fee worth more than $500,000.

Today in Miami, Billionaire and Philanthropist Robert Smith and I had an amazing discussion on building black wealth, investing in urban America, and education at the JP Morgan Wealth conference. We also caught up with Baseball Legend and Businessman Alex Rodriguez. pic.twitter.com/Ot5L1B20NY

The New York Post reported Harry attended the event in Miami on Thursday and the newspaper quoted a source as saying: “Harry spoke about mental health and how he has been in therapy for the past few years to try to overcome the trauma of losing his mother.

“He talked about how the events of his childhood affected him and that he has been talking to a mental health professional.

“Harry also touched on Megxit, saying while it has been very difficult on him and Meghan, he does not regret their decision to step down as senior royals because he wants to protect his family. He does not want Meghan and their son Archie to go through what he did as a child.”

In 2017, the 20th anniversary of Diana, Princess of Wales’s death following a Paris car crash, Harry also spoke about how he had sought counselling after two years of “total chaos”, having spent nearly two decades “not thinking” about the death of his mother.

NEW: Prince Harry and Meghan Markle made their first public appearance since quitting the royal family on Thursday—to be the keynote speakers at a JPMorgan event in Miami https://t.co/fE2lAY3fUu

Details have not been released about why the couple attended the event but a number of charitable organisations have been featured at the event staged at the 1 Hotel.

A Buckingham Palace spokeswoman said: “I can confirm reports the Sussexes attended a JP Morgan gathering in Miami yesterday, where the Duke spoke.”

The Sussexes are living in Canada with their baby son Archie Mountbatten-Windsor as they prepare to drop their HRH styles and quit the monarchy in favour of financial freedom.

Buckingham Palace said the Sussexes’ new life away from royal duties will begin in the spring of this year.