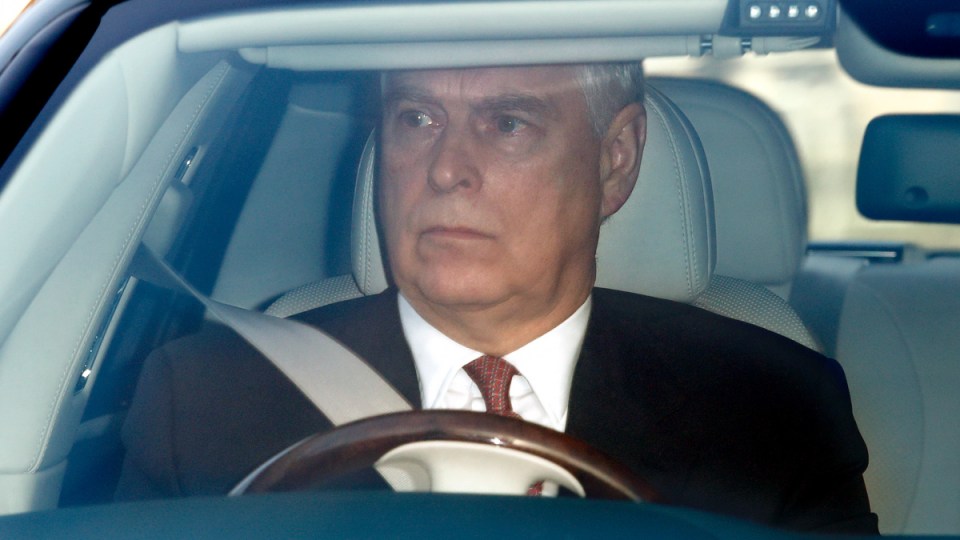 Prince Andrew's legal team say a sexual assault claim against the prince should be thrown out. Photo: Getty

As the Jeffrey Epstein scandal continues to dog him weeks ahead of a milestone birthday, Prince Andrew has turned down a senior Navy role.

But even as Andrew fell on his sword to spare the feelings of his mother, the Queen, a request by Buckingham Palace to local UK councils to fly the British flag to celebrate his 60th birthday has drawn ire.

And a lawyer for alleged sex trafficking victims of late pedophile Epstein claimed a new witness had come forward to place Andrew at Tramp nightclub in London with ‘sex slave’ Virginia Roberts Giuffre.

By convention, senior royals are treated as if they are still in the armed forces and given military promotions. The Duke of York was to be given the rank of Admiral on his February 19 birthday.

Still, the duke’s thanks-but-no-thanks left the door open to take up the role later.

“Following the decision by His Royal Highness to step back from public duties for the foreseeable future, the Duke of York has asked the Ministry of Defence if this promotion might be deferred until such time that His Royal Highness returns to public duty,” a Buckingham Palace spokesperson said.

Andrew was exiled indefinitely from public life in November after his disastrous Newsnight interview, when he claimed he “let the side down” over his friendship with Epstein.

He failed to show empathy for any alleged victims and – despite a photo showing them together – denied he had met Ms Giuffre. She says she had sex with him three times in 2001, when she was 17.

One of the occasions was at Tramp in March 2001, according to Ms Giuffre, who told her side of the story to the BBC in December.

A woman who claims she saw the prince at the club with Ms Giuffre says she recalls the night because she trod on his foot, it has emerged.

Lisa Bloom, lawyer for the unnamed woman and five Epstein accusers, told a New York press conference on February 5 the witness’ memories of the night are vivid.

The woman came forward in December after Andrew’s Newsnight claim he had an alibi: he was at a Pizza Express with daughter Princess Beatrice.

“Her story is this – she was there in the nightclub and she stepped on the foot of somebody who was dancing next to her,” Ms Bloom said.

“The friend she was there with said, ‘Don’t you realise you just stepped on the foot of the member of the royal family? That’s Prince Andrew’.”

The woman had “never been in the presence” of royalty before, and never has been since, and thus “it was very memorable,” Ms Bloom said.

The lawyer claimed the woman has since identified the “very young girl about her age” as Virginia Roberts through photographs. Prince Andrew has consistently denied all allegations of wrongdoing.

Ms Bloom again demanded that Andrew tell US prosecutors what he knows about the disgraced financier, who was found dead in a New York jail cell last August.

Meanwhile, the UK government is reviewing its policy on commemorating royal birthdays after local councils reacted angrily to instructions to fly a Union Jack on Andrew’s birthday.

A spokesperson for Prime Minister Boris Johnson confirmed on February 6 that a reminder email was sent by a civil servant.

“We’re not flying the flag,” a spokesperson for Liverpool Council told CNN.

The city’s mayor Joe Anderson told the Liverpool Echo newspaper, “When you look at his behaviour – it wouldn’t be appropriate for us to mark his birthday.”

Mr Johnson’s spokesperson said the relevant department is considering how the “longstanding” policy applies in changing circumstances “such as when members of the royal family step back from their duties.”

There is still speculation Andrew’s reclusive life may stop him playing a major role when Beatrice, 31, marries property developer Edoardo Mapellli Mozzi, 36, on May 29.

It was announced this week the couple’s reception will be held at Buckingham Palace. Details of the ceremony venue are expected to be shared any day.

In a slap to the couple, Beatrice’s nuptials will not be broadcast, it was revealed in January.

Her instant stepson, Wolfie, born to ‘Edo’ and former girlfriend Dara Huang, will be a pageboy, and Andrew will be front and centre, according to People.

“I definitely think he will walk her down the aisle. “He plays a very traditional role in her life. She’s his greatest supporter,” a source said.