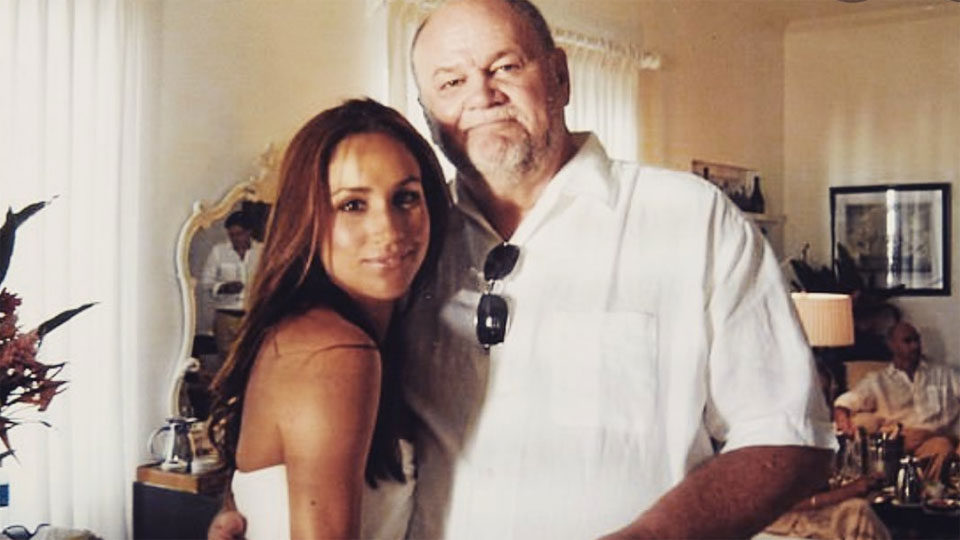 Thomas Markle said daughter Meghan Markle (in an undated photo) "owes" him and is "cheapening" the royals. Photo: Instagram

Even as Meghan Markle and Prince Harry hunker down behind closed doors in Canada without the safety net of the royal family, the duchess’s father, Thomas Markle, has attacked her again.

In new documentary Thomas Markle: My Story, the former Hollywood lighting director accused Meghan and Harry of “destroying” the monarchy by “stepping back” as senior royals.

“They’re cheapening it and making shabby. It’s kind of embarrassing,” said Mr Markle, who outlined plans to keep selling stories to the media.

The show aired on Nine on Tuesday night, a week after its UK debut.

Among Mr Markle’s grievances was that he was “very offended” by the Sussexes not being “really concerned” for his welfare.

He compared his harassment by media to that experienced by Princess Diana, and said Meghan and Harry were “rude” and unsympathetic: “Their protection was to say, ‘Don’t talk to anybody.'”

That advice was ignored by Mr Markle, who admitted he hadn’t spoken to Meghan or Harry since before their 2018 wedding when he hung up on them during a phone call.

He claimed he has been subjected by the Sussexes to “organised defamation” and accused Harry of being “way too sensitive” for supporting Meghan’s legal action against a UK tabloid.

For the documentary, he did six days of interviews last year in his seaside Mexican home. It has giant Marilyn Monroe wall cutouts, photo montage boards of Meghan and Sussex souvenir biscuit tins.

“I actually heard they’re on a pack of condoms,” Mr Markle said of his daughter and son in law, smothering a laugh.

Until now, with the global attention over the Sussexes’ decision to quit as senior royals, his rambling back story of Meghan’s childhood hasn’t interested a TV network enough to air it.

Now, Mr Markle’s thoughts have been packaged into a defense of his unusual behavior since his actress daughter become one of the world’s most famous women.

He’s sold staged photos to paparazzi, given interviews to Meghan’s nemesis Piers Morgan and threatened a showdown with the duchess over a leaked private letter.

In the controversial letter, handwritten in August 2018, Meghan pleaded with her father not to give media interviews and accused him of breaking her heart “into a million pieces”.

Mr Markle is determined to have his day in court, saying he will not be silenced and will keep giving interviews.

“I’ll do future things and be paid for them. I don’t care. At this point, they owe me. The royals owe me. Harry owes me. Meghan owes me.

“What I’ve been through, I should be rewarded for.”

On the show he shared videos of Meghan as a child: fishing, riding horses, tap dancing and playing Little Red Riding Hood in a school production.

A self- pitying Mr Markle had nothing new to say about his daughter and plenty of axes to grind.

Among them: he paid for Meghan’s college education and housing, and she recently got “awfully picky and awfully small” when he asked for money.

He seemed aggrieved his handout was only $30,000-odd, despite admitting he’s a wealthy man by Mexican standards.

The interview drew ire from Twitter users who called Mr Markle “horrid” and “morally bankrupt”. Wrote one, “His panhandling off his daughter’s back knows no bounds.”

Nine was slammed for airing what it claimed was the year’s biggest interview:

I would rather eat glass than watch a father throw his daughter under the bus for a pay cheque. Shame on you Channel 9 for this exploitative interview. #ThomasMarkle

The #ThomasMarkle exposé comes across like child exploitation. It should be illegal for parents to release child photos and video without permission of their adult children. Guy comes across like a greedy scammer. He’s no amateur. He’s a showbiz professional.

Other viewers felt Mr Markle was “giving his side of things rather respectfully”. Asked one Twitter user, “Why shouldn’t Thomas Markle defend himself when he’s constantly being made out to be a bad guy?”

The documentary ended with Mr Markle claiming he may never talk to  “lost souls” Harry and Meghan again: “The last time they might see me is being lowered into the ground.”