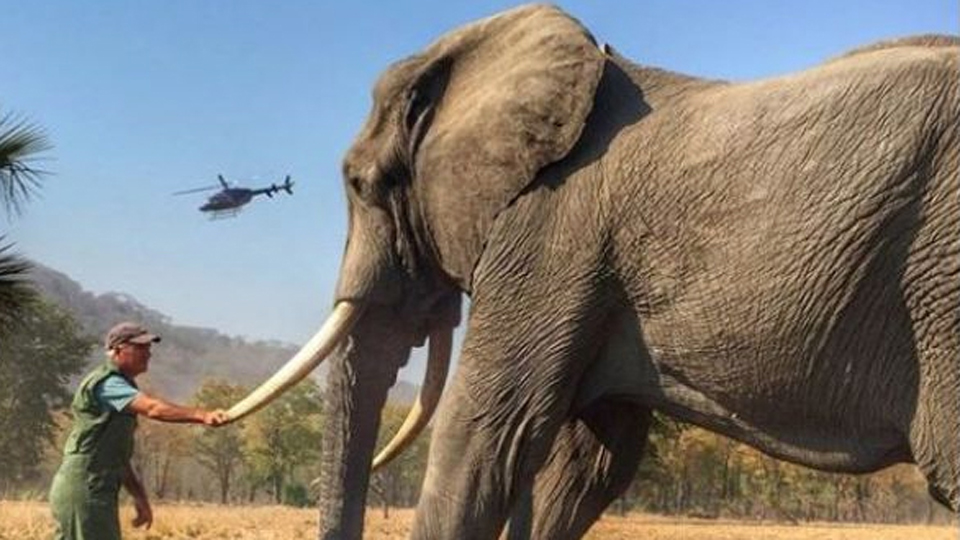 A cropped version of the photo was used on the Duke and Duchess of Sussex's Instagram. Photo: Instagram

Britain’s press watchdog has rejected a complaint from Prince Harry about a tabloid newspaper article that said wild animals pictured in photos he posted on Instagram were drugged and tied up.

Harry posted the pictures of African wildlife on his Instagram account, which then had 5.6 million followers, to mark Earth Day and highlight conservation efforts.

But the Mail on Sunday newspaper reported last April the photos had not revealed the full story.

It said the animals involved had been tranquilised and that a picture of an elephant in Malawi had been edited so it was not possible to see there was a rope around its hind legs.

“Drugged and tethered … what Harry didn’t tell you about those awe-inspiring wildlife photos,” read the headline.

The prince argued the report was inaccurate because it indicated he had intentionally misled the public to think he was a superior wildlife photographer who had captured the pictures under dangerous circumstances, the Independent Press Standards Organisation watchdog said.

Harry said his caption had made clear the animals were being relocated as part of conservation efforts and the photo had only been edited to meet Instagram’s formatting requirements.

However, the paper said Harry had not explained the circumstances of the photo to his followers and that he hadn’t needed to crop the pictures in the way he did.

IPSO’s complaints committee supported the paper’s argument and rejected the Duke of Sussex’s claim the article was inaccurate.

Harry and his American wife Meghan have increasingly become embroiled in conflict with Britain’s tabloid newspapers.

The Duchess is suing the Mail on Sunday over its publication of a private letter she sent to her father, Thomas Markle.

Harry has accused some newspapers of bullying his wife in the same way they treated his mother, Princess Diana, who was killed in a car crash in 1997 as her limousine sped away from chasing paparazzi.

Earlier this month the couple, who are in Canada with their baby son Archie, announced they would no longer use their royal titles and would seek an independent new life based mainly in North America.

Last week, lawyers for the Sussexes issued a warning to media not to use paparazzi pictures of the couple.