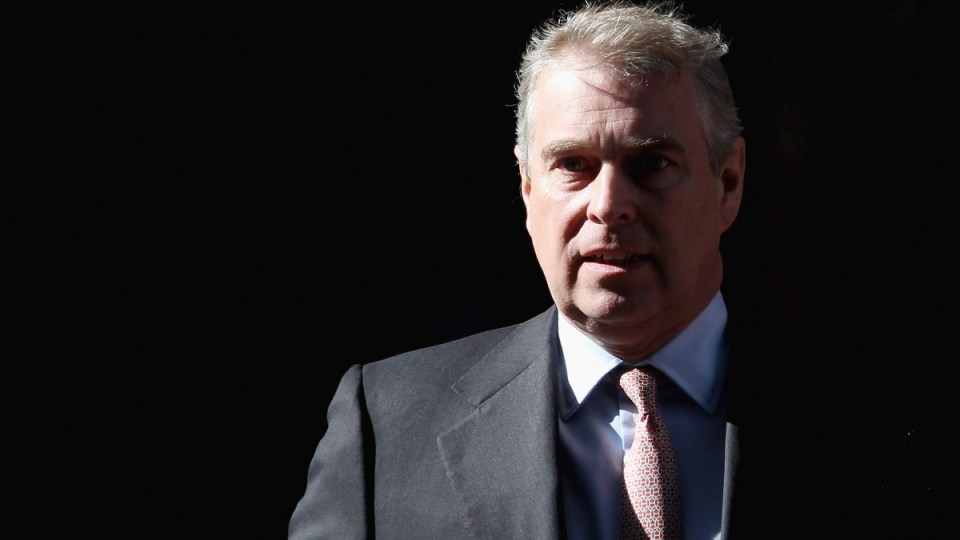 The Queen's second-eldest son is yet to answer to federal authorities about his friendship with Epstein. Photo: Getty

Prosecutors leading the investigation into the associates of Jeffrey Epstein have revealed they are being stonewalled by one of the most high-profile friends of the convicted pedophile.

They say the FBI has repeatedly tried – and failed – to question Prince Andrew, who is alleged to have had sex with one of the women who says she was trafficked by Epstein as a teenager.

Mr Berman, who is leading the probe, was speaking outside Epstein’s Manhattan mansion as part of an event to promote a new law that makes it easier for victims to sue over childhood abuse.

He confirmed the investigation was looking at possible “conspirators” who worked with the disgraced billionaire.

“Jeffrey Epstein couldn’t have done what he did without the assistance of others, and I can assure you that the investigation is moving forward,” Mr Berman said.

In a statement, late last year, Andrew said he would be “willing to help any appropriate law enforcement agency with their investigation if required”. But the prince is yet to follow through on the public offer.

The statement was released after a disastrous BBC interview in which he spoke at length about his relationship with Epstein, revealing he did not regret their friendship, all the while, feeling “tremendous sympathy” for Epstein’s victims.

Even after Epstein pleaded guilty to charges of soliciting prostitution in 2008, leaked footage showed the Duke of York at Epstein’s Manhattan mansion two years later.

FBI and New York prosecutors are interested in delving into Andrew’s friendship with Epstein. But attempts to contact the royal through lawyers have been unsuccessful.

Federal authorities have been unable to receive any assistance from the Prince in their ongoing investigation of people suspected to have enabled Epstein to commit sex offenses.

Buckingham Palace did not respond to a request for comment. Prince Andrew’s sex scandal continues to plague the royal family, at a time of tensions over Meghan and Harry’s shock decision to quit royal life.

The disgraced royal, who in November was relieved of his royal duties because the Epstein scandal had become a “major disruption” to his family’s work, is believed to have maintained a long-term friendship with the late pedophile.

While awaiting trial on sex-trafficking charges, Epstein suddenly ended his life. The 66-year-old was found dead in his Manhattan jail cell on August 10.

“His suicide has left many unanswered questions, particularly for his victims, and I deeply sympathise with everyone who has been affected and wants some form of closure,” Andrew said in a November statement after the palace decision to keep him away from the public eye.

Prince Andrew has denied allegations he had sex three times with then 17-year-old Virginia Roberts, now Giuffre, in 2001.

Ms Giuffre, who claimed she was trafficked by Epstein, told the BBC she was left “horrified and ashamed” after an alleged sexual encounter with Andrew.

She said she danced with Andrew in a nightclub, adding he was “the most hideous dancer I’ve ever seen in my life” and “his sweat was … raining basically everywhere”.