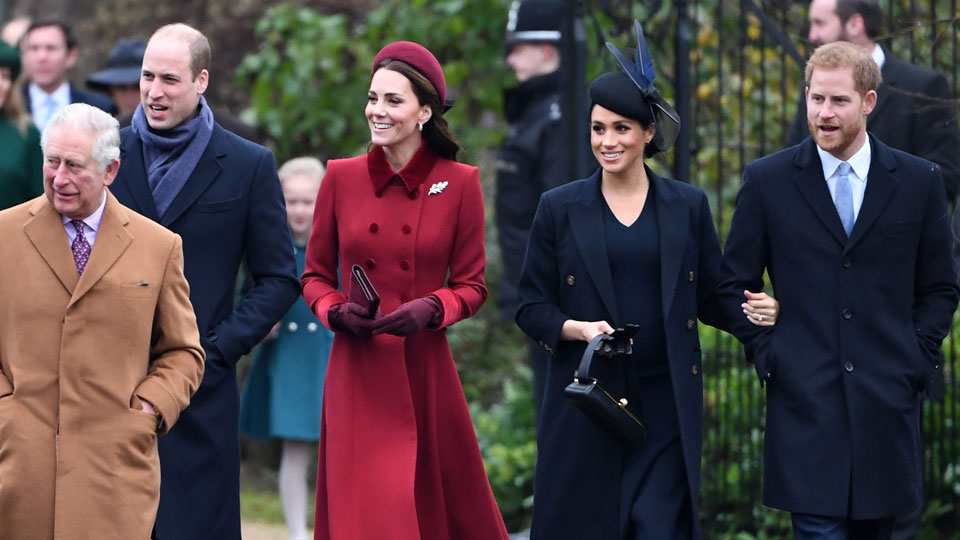 The hardline deal announced by the Queen regarding Prince Harry and Meghan Markle’s retreat from life as senior royals may not be permanent.

It will be reviewed in a year, according to reports.

The monarch revealed on Sunday morning (Australian time) that Harry and Meghan will give up their HRH titles and repay more than $3 million spent on the public purse to renovate their Windsor home, Frogmore Cottage.

In return, they will have the freedom to live outside the UK and launch professional careers and businesses, including Hollywood interests.

The monarch’s statement, its grandmotherly words of love not disguising it is a resolute showing of the door to unhappy employees, came almost a week after the Queen held a family summit at Sandringham.

But the changes – due to kick in in the northern spring of 2020, according to the palace statement – will last only a year, then the Windsors will “revisit” the arrangement, a royals source told People.

The family review panel will likely include the four who met at Sandringham: the Queen, Prince Charles, Prince William and Harry.

For now, Harry, 35, and Meghan, 38, will still attend royal events if invited by the monarch, who said she is “pleased” to find a “constructive and supportive way forward” for her grandson and his family.

“Harry, Meghan and Archie will always be much-loved members of my family,” the Queen’s statement said.

She supported the Sussexes’ line that media scrutiny has made their lives unbearable, thanked them for their “dedicated” work and noted she is” particularly proud of how Meghan has so quickly become one of the family”.

The 93-year-old also flew the flag for for unity, saying her “whole family” hopes Harry and Meghan “start building a happy and peaceful new life”.

But along with the stripping of the pair’s HRH titles – they will be called Harry, the Duke of Sussex, and Meghan, the Duchess of Sussex – the iron in the velvet glove is that Harry has been forced to give up his official military appointments.

The former army captain, who did two tours of duty in Afghanistan, has said his 10 years of enlisted service was the making of him.

His Invictus Games for wounded service personnel is his finest success.

Stripping him of the military jobs may strike some as “overly punitive”, said some UK media.

The move is necessary to avoid those in the cheap seats accusing the Queen of, as has been said in the past weeks, letting Harry and Meghan have their cake and eat it too.

“The mother of the nation had rightly read the mood,” said The Telegraph of the monarch’s decision not to let the Sussexes get away with being “half in, half out” royals.

The fact they will no longer have HRH titles or be doing official tours or engagements for the Queen means Harry and Meghan may need to come up with a new name for their future businesses.

“Wishing you all a very Happy New Year and thanking you for your continued support! We’ve loved meeting so many of you from around the world and can’t wait to meet many more of you next year. We hope 2020 brings each of you health and continued happiness.” – The Duke and Duchess of Sussex Special thanks to Chris Martin and @Coldplay for allowing us to use one of their songs Photo and video © SussexRoyal Thanks to PA for additional images and footage

At present, their social media accounts and new website is called Sussex Royal, but as the Queen’s January 18 statement says, “They are no longer working members of the royal family”.

The Sussex Royal site was updated with an “important announcement” after the Queen’s statement, but oddly, in it Harry and Meghan still referred to themselves as HRHs.

“In line with the statement by Her Majesty The Queen, information on the roles and work of The Duke and Duchess of Sussex will be updated on this website in due course.

“We appreciate your patience and invite you to explore the site to see the current works of Their Royal Highnesses.”