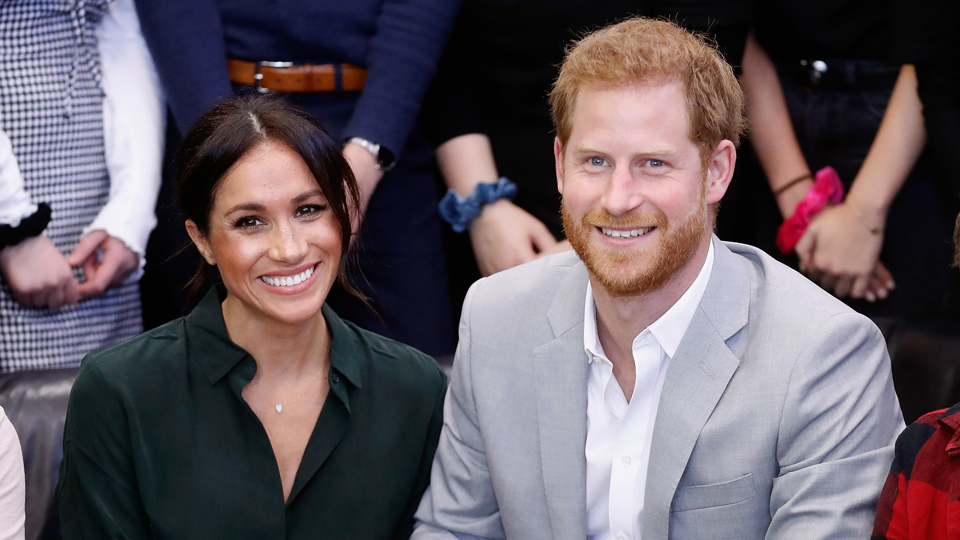 Things looked rosy for Meghan Markle and Prince Harry in May 2018, but an insider said there were already family rifts. Photo: Getty

Chic in a camel Reiss coat and Massimo Dutti skirt and jumper, her hair loose and glossy, Meghan Markle spent an hour back in the spotlight on January 7 in London after a two month holiday in Canada.

Holding hands with husband Prince Harry, the former actress put on a bravura performance, complete with endless smiles. But a day or two later, the Duchess of Sussex slipped without fanfare back to Canada, to be reunited with baby son Archie – and potentially to start her new life.

Meghan left Harry behind to deal with family and government politics over the Sussexes’ decision to step back from frontline duties as senior royals. They want a more private life and to earn their own money, a decision called “a declaration of war” on the Windsors.

The pair is prepared to walk away from everything and make a fresh start because they feel they have no choice, according to their friend Tom Bradby.

The ITV reporter travelled with the Sussexes in South Africa last year, and made headlines in documentary Harry & Meghan: An African Journey when the duchess revealed her post-natal mental health struggles and Harry his desperate desire to protect his family.

Now Bradby says the reason for Harry and Meghan’s unprecedented decision is not just negative media attention and a “slimmed down” monarchy focused on prince heirs Charles, William and George.

It’s “just really bad personal splits – that’s the honest truth,” Bradby said during a broadcast from the UK on the evening of January 9.

“There’ve been a lot of fallouts. A lot of harsh things were said around the time of the wedding. And it’s gone a bit too far.

On Friday (Australian time), the Queen called an emergency family summit and royal staffers were told to sort out the situation “at pace”, according to People.

Harry has also had phone conferences with the monarch and his father, and multiple governments are involved in trying to thrash out a solution.

Still, “there are going to be so many complications, so many controversies,” Bradby said.

“There needs to be a peace deal really soon because this is so toxic, there’s so much anger … it looks like it might get worse, not better.”

Saying they will give up their $10 million annual handout from the Sovereign Grant, Harry and Meghan are “pretty philosophical” about leaving their life of privilege behind.

“[It’s] ‘You wanted a slimmed-down monarchy. There’s no place for us in it. We need to learn to live on our own. We want to get on and do that,’“ said Bradby.

Harry and Meghan are “fine” if they are stripped of their UK home, Frogmore Cottage, their titles and “everything else” the reporter claimed, although they would “like” to still support the Queen and run charities.

So how did the Sussexes become mired in a civil war with both family and media less than two years after their Windsor Castle wedding?

About six months after the ceremony there were rumours of a falling out between Meghan and a teary Kate Middleton, and buzz the newlyweds had been “demanding” in the lead up to their big day.

Sources said William cautioned Harry about marrying after a short romance. Then, after a reported row over a tiara that saw the Queen intervene, Harry is said to have told palace staff, “What Meghan wants, Meghan gets.”

The Sussexes and Cambridges split up their foundation and set up separate offices, and Harry admitted in the ITV doco that they weren’t as close as they had been.

“The majority of the stuff is created out of nothing,” he said, referencing the rumours and whispers, “but as brothers, you have good days, you have bad days.”

William, 37, wanted to visit Harry at Frogmore Cottage to discuss their relationship after the show aired in October but the meeting didn’t happen, according to The Evening Standard.

But a source told People a different story at the time, saying after the candid revelations in the documentary,  other royals did not reach out.

“Nothing has changed. They don’t speak, no one is checking in, no one is texting,” the source said.