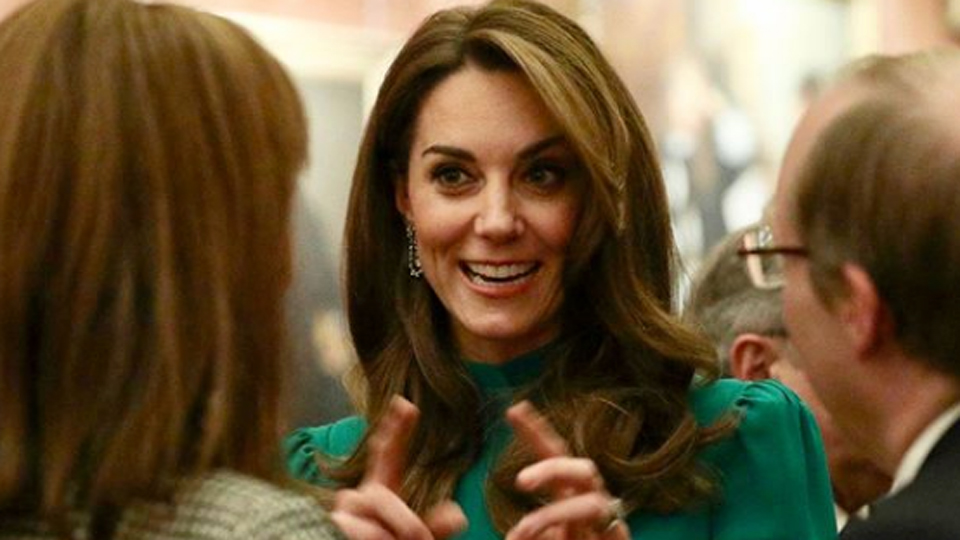 Days later, the duchess arrived to a palace family lunch wearing heavy pearl cluster stud earrings with an Emilia Wickstead tartan dress. By the time Prince William drove her and the kids home, the earrings had been ditched – like any other tired mid-week mother.

Then there was Kate again, cooking a meringue roulade with William on a BBC festive cooking special with British icon Mary Berry, and giving us a glimpse into the Cambridges’ life at home, including making pizza.

Once shy in front of cameras, the 37-year-old was a natural. In 2019, when Prince Andrew became a pariah and Meghan Markle admitted she struggled with bad press and pressure, Kate has been the Windsor’s gem.

On A Berry Merry Christmas, Kate deftly iced cupcakes, revealed how she was a “terrible” waitress in her university days, and said she stays up into the wee hours baking her children’s birthday cakes.

The picture she cleverly painted – echoed by her recent chameleon outings, where she is one minute a future queen, the next a dedicated homemaker – was of a young working mum who is both perfect and relatable.

“It’s been a great year for her. We are seeing her at her best,” royals biographer Claudia Joseph told Vanity Fair.

“She’s been doing this job since 2011 and now she can be who she really is. She has earned her spurs and she feels she can be herself and doesn’t have to hide or be on her guard.”

The Queen recognised it, recently bestowing upon Kate the honour of the Royal Victoria Order, which puts her in the highest echelons of senior royals.

And in a sign of her esteem, the monarch also passed to her grandson’s wife the patronage of charity Family Action after 65 years.

When she’s not revealing her nature-gardens passion project around England, Kate’s charity work focus has been families and young children. She’s at her best in jeans and her signature Penelope Chilvers boots, teaching kids about vegetables.

But in 2019 she also knocked it out of the park while carrying out her diplomatic duties. The footage of her beaming as she and William climbed out of a tuk tuk in Pakistan in October was instantly iconic.

“When we saw her on tour in Pakistan she seemed very confident,” Joseph said.

“She’s no longer the newcomer to the royal family. Now that she’s older, she’s more confident. She is not facing the criticism she had a decade ago, she’s enjoying life and you can see that.”

Kate’s approach to being a working royal is pragmatic, a friend told People.

“She knows the importance of the institution and her role to play. She knows that being a member of the royal family is a bit like having a contract, you sign on the dotted line and you deliver,” the source said.

“Kate is in her element right now, she’s really stuck at it and persevered with what she believes in,” adds the friend.

In a nod to what an asset they are to the monarchy in pure public relations terms, the Cambridges have two major overseas tours planned for 2020 in between doing the school run with  Prince George, 6, and Princess Charlotte, 4.

“They are a great double act,” a senior royal source said.

“People make much of William giving the big speeches but Kate is there too, asking questions of presidents and their wives. These things are easier when they are side-by-side.”